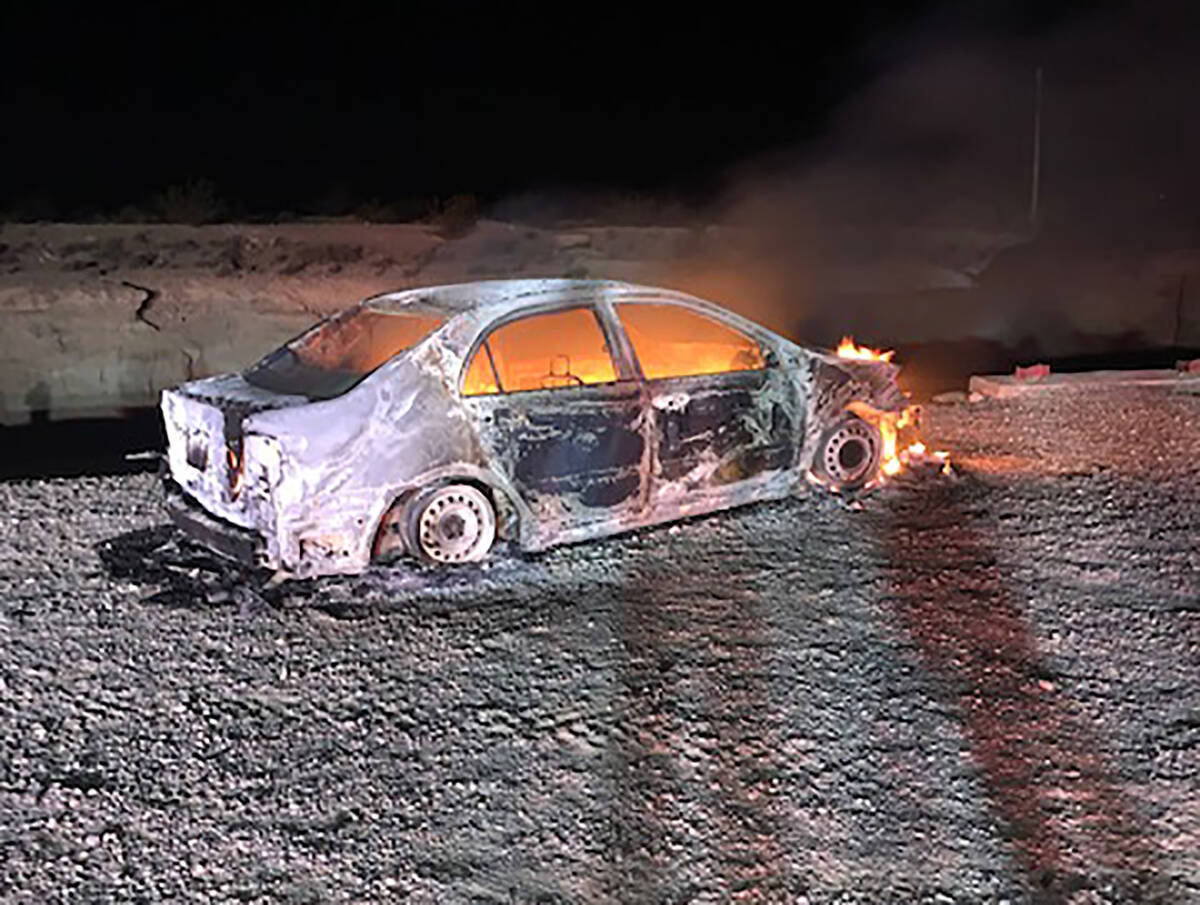 Special to the Pahrump Valley Times Nye County Sheriff’s deputies and the Nevada State Fire Marshal's office is investigating the death of an individual whose body was discovered in the area of Cathedral Canyon, near Pahrump late last month.

A vehicle fire and subsequent explosion led to the discovery of a body in the area of Cathedral Canyon late last month.

As crews were responding, Lewis said the reporting party indicated that there was an explosion with possibly a body thrown from the vehicle into the canyon.

“Crews arrived to find a well-involved vehicle at the ridge of the canyon on the east side,” Lewis noted. “They commenced fire suppression and also a search and found a victim at the bottom of the canyon who had apparently not survived the fire. Crews quickly extinguished the fire and preserved the scene for evidence.”

Lewis went on to say that crews worked closely with Nye County Sheriff’s deputies and the State Fire Marshal’s office, who determined there appeared to be two separate fire events.

“The investigation continues and it also continues with regard to a suspicious fire that occurred in Clark County earlier.”

On the same day, crews were dispatched to the area of Bell Vista Road and Ash Meadows for a motorcycle crash with injuries, which prompted a Mercy Air response.

“Crews arrived to find a trike, well off of the roadway with a patient, who sustained critical injuries,” Lewis said. “The injuries warranted flight, and a landing zone was established on Bell Vista Road. Patient care was transferred to Mercy Air and that patient was subsequently flown to UMC Trauma. It was later learned that that patient did not survive the injuries sustained in the crash.”

On Oct. 30, fire crews, along with Nye County Sheriff’s deputies and NHP troopers, were dispatched for a report of a serious motor vehicle accident involving a car and motorcycle at 300 Highway 160.

“Crews arrived to find the accident as described, where two riders on the motorcycle had sustained serious injuries,” according to Lewis. “Mercy Air added two airships to the assignment and both airships landed on Highway 160. Patient care was transferred and both patients were flown to trauma in critical condition.”