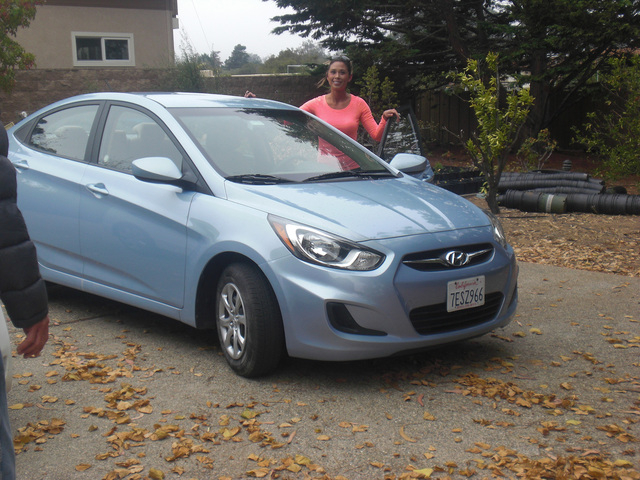 Nye County Sheriff’s detectives are investigating the death of a 27-year-old southern California woman whose body was discovered in the desert along Hafen Ranch Road on Thursday.

A man riding an ATV discovered the body of Margay Edwards about a quarter-mile from the roadway.

Nye County Sheriff’s Detective Joe McGill said authorities are focusing their investigation on a car that Edwards was driving, presumably at the time of her death.

“There is a vehicle that was rented by the deceased, which is missing at this time and we need assistance to try to locate that vehicle,” McGill said. “It’s a 2014 metallic blue Hyundai Accent. The license plate number is 7ESZ966.”

Additionally, McGill said investigators also want to learn exactly who Edwards was with before she went missing more than a week ago.

“We know that she was seen in the Pahrump area on Sept. 13,” he said. “To the best of our knowledge, nobody has seen or spoken to her since. We do know that she had very loose ties to Pahrump. We’re treating this as a criminal investigation.”

Detectives located Edwards’ driver’s license on the body, which was said to be in advanced stages of decomposition.

Due to the condition of the body, it took investigators several days to positively identify Edwards, a resident of Los Osos, a community 10 miles west of San Luis Obispo. According to San Luis Obispo-based new site calcoastnews.com, said her cell phone is also missing. She recently attended San Diego State University on a full scholarship, but returned home several months ago.

Authorities have not indicated the exact cause of death.