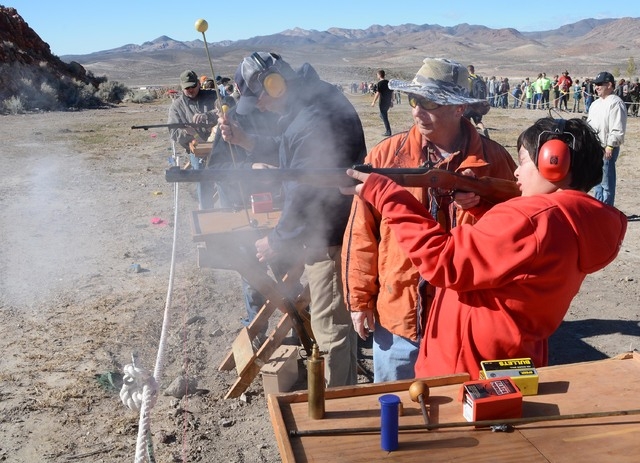 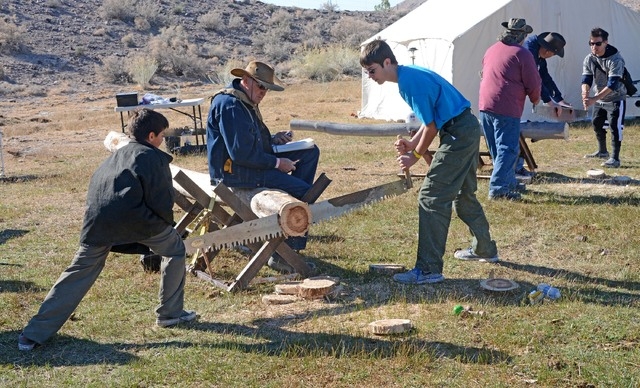 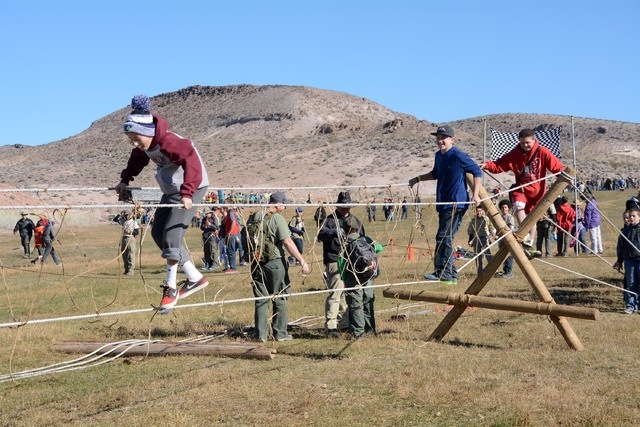 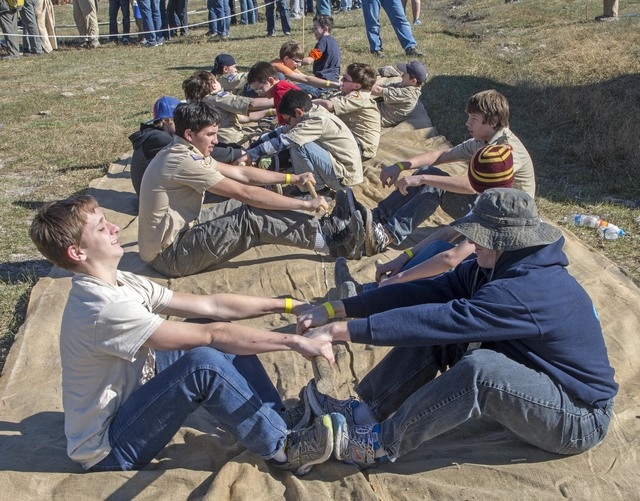 Many of the scouts and their leaders camped out in tents on the ranch, getting into the spirit of the mountain man experience. Scouts participated in a wide variety of frontier-oriented activities, from rope making and arrowhead knapping, to cross-cut log sawing and tomahawk throwing. Vendors were on hand, selling mountain man paraphernalia.

Several Beatty residents were among those helping out with events, including some who received special training to instruct the boys in shooting black powder firearms.

Diane McGinnis, who has been instrumental in reviving the scouting program in Beatty, said that the line for black powder shooting was two hours long. She is hoping that more locals will train as instructors for next year.

McGinnis said the group seemed very happy with the event’s new location — it has been held in Moapa Valley near Overton for many years — and that they hope to return for years to come.

They left some of their equipment at the ranch, which Spicer offered to store, so as not to have to haul it back and forth. Most of the scouts and adults came from Las Vegas, but some were from as far away as Lake Havasu, Arizona, and there were some adult presenters from Utah.