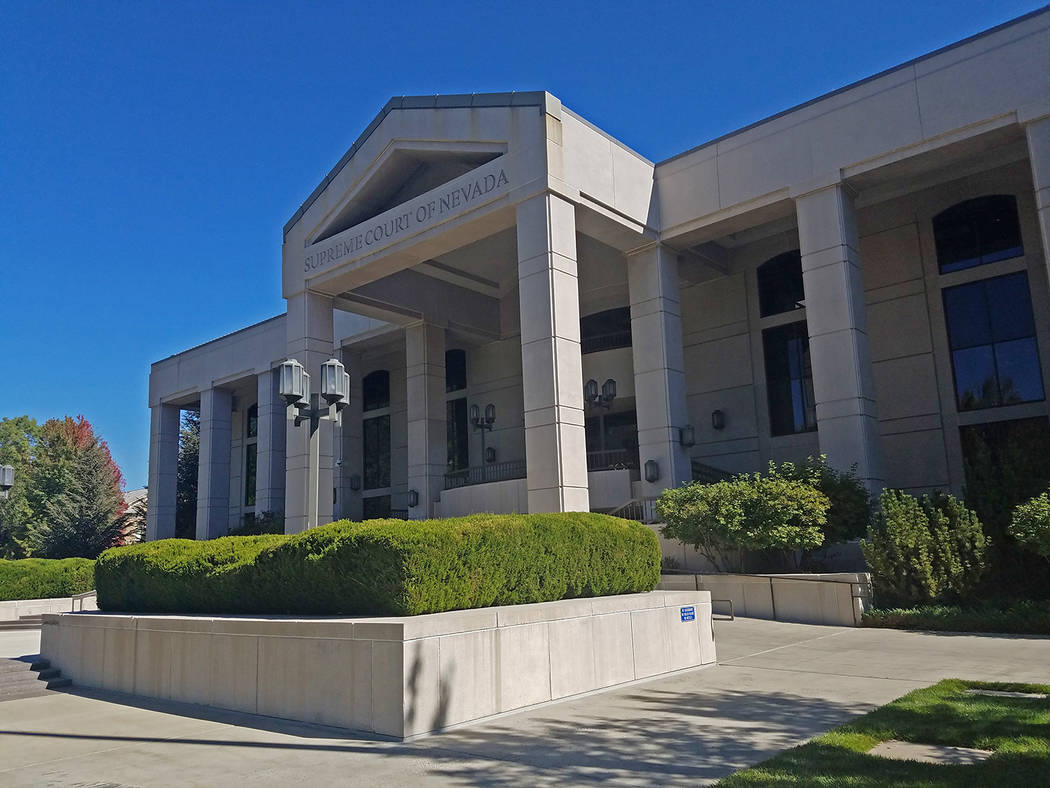 David Jacobs/Pahrump Valley Times The documents for all parties involved are now undergoing the process of screening by the Nevada Supreme Court. 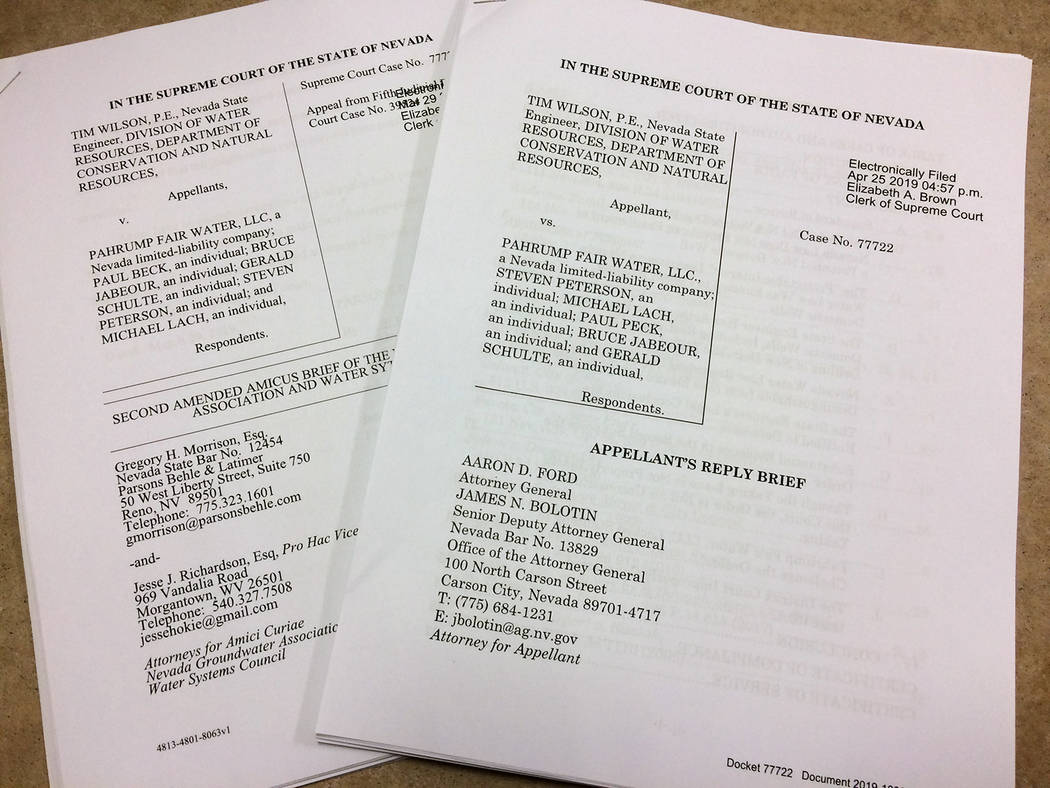 Robin Hebrock/Pahrump Valley Times The final two briefs in the appeal on water Order #1293(A) are shown. The Nevada Supreme Court will make the decision as to whether the appeal case moves forward following the screening process.

The briefing in the appeal case regarding Nevada State Engineer Order #1293(A) has reached its conclusion.

The documents for all parties involved are now undergoing the process of screening by the Nevada Supreme Court, which will decide whether or not to move the case forward and hold a hearing to allow for oral arguments.

In addition to the Nevada State Engineer’s Office, which is the appellant, and Pahrump Fair Water, the respondent, a third party has joined the battle as well. The Nevada Groundwater Association requested leave to file an amicus brief, taking the side of Pahrump Fair Water in the argument, and the Nevada Supreme Court has granted that request.

The water order has been the source of much contention since it was originally issued in December 2017.

That was far from the end of the matter, however, as the Nevada State Engineer’s Office took its opportunity to file an appeal, which is the case now before the Nevada Supreme Court. While the case is being considered, the Supreme Court has issued a stay on the ruling that overturned the water order, meaning at the moment, the order is still in effect.

The basic argument between the engineer’s office and Pahrump Fair Water stems from the question of just how far the state engineer’s authority extends when it comes to domestic wells.

Pahrump Fair Water asserts that the engineer does not have the power to regulate domestic wells except in very specific circumstances, which the organization argues do not exist in the given situation. The state engineer, conversely, proclaims that the engineer’s office can, in fact, restrict domestic wells and withdrawals from such if the engineer finds that it would be in the best interest of the health of the overall water basin to do so.

There are several other points argued by both sides in the briefs filed in the case, including those regarding due process requirements and whether potential new domestic wells constitute a vested property right or protectable interest.

Now the case has reached a “wait and see” point, as there is no definite schedule for when the Nevada Supreme Court might decide to hold a hearing in the matter.

“There is really no way to tell,” David Rigdon of Taggart and Taggart, LTD, the law firm representing Pahrump Fair Water, stated when asked about a possible time line for the case. “I’ve seen the screening process take as few as 45 days and as long as seven to eight months. It all depends on their workload. In the order approving the stay, the court stated that they wanted expedited briefing… However it’s not clear whether the court will expedite its screening and review.”

The appeal is filed under Case No. 77722. All associated documents can be reviewed online at www.nvcourts.gov