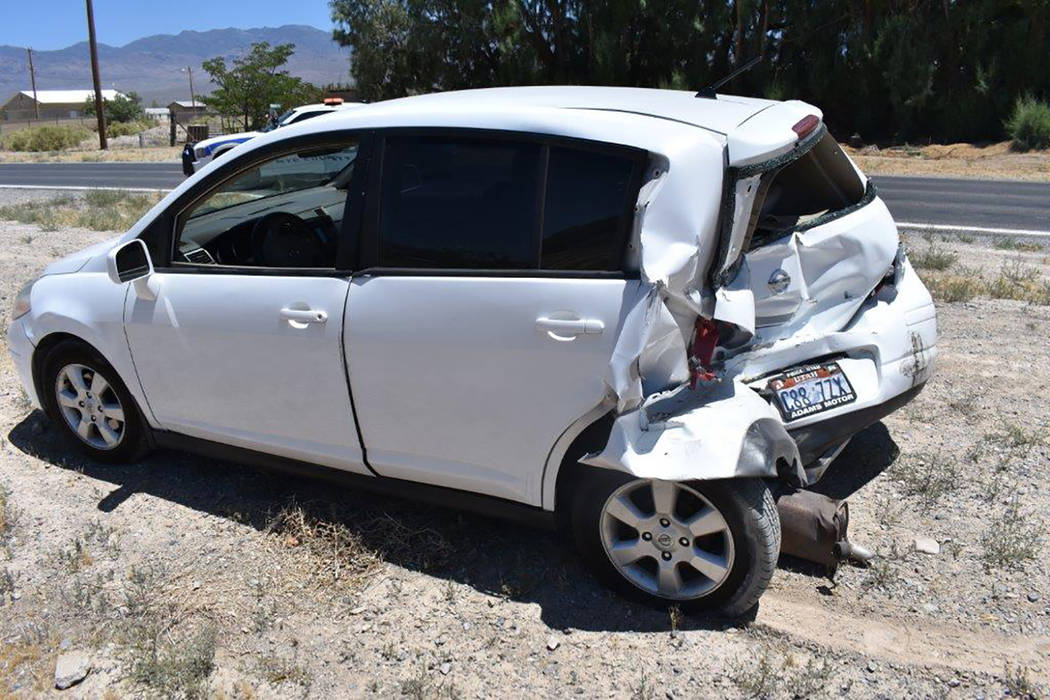 Special to the Pahrump Valley Times One person was transported to desert View Hospital following a two-vehicle rear-end collision at the intersection of Blosser Ranch Road and Blagg Road on July 1. One person was briefly entrapped, prior to the arrival of fire crews. 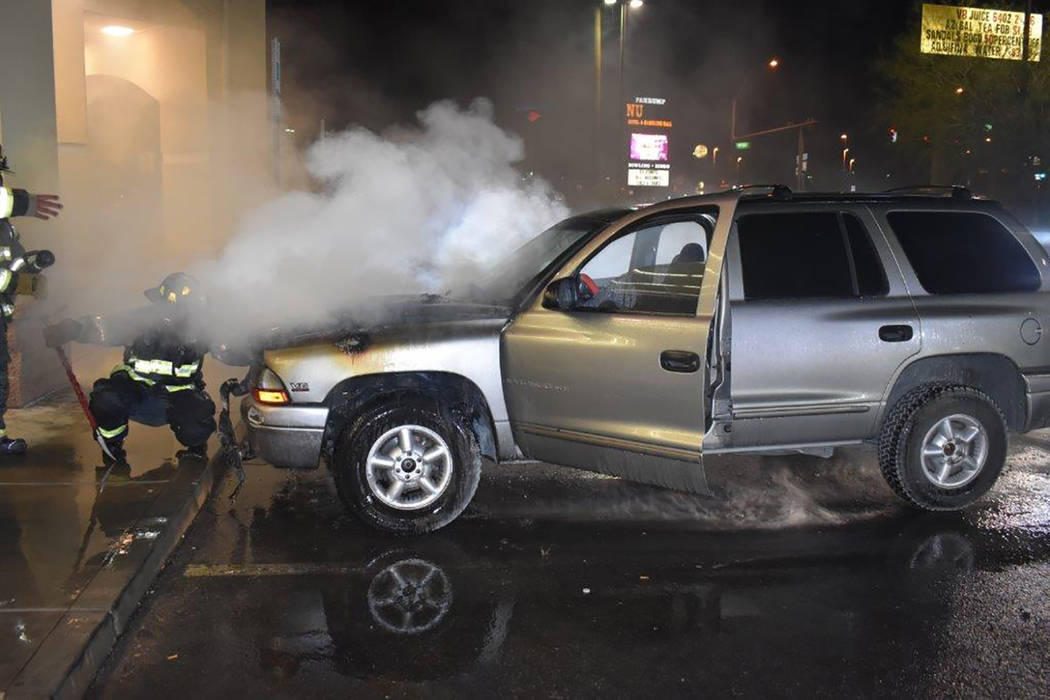 Special to the Pahrump Valley Times Mechanical failure was the cause of a vehicle fire in the parking lot of Walgreens just before 9:30 p.m. on Sunday July 1. Though the vehicle was in close proximity to the business, fire crews managed to extinguish the flames, thus halting the progress of the fire. 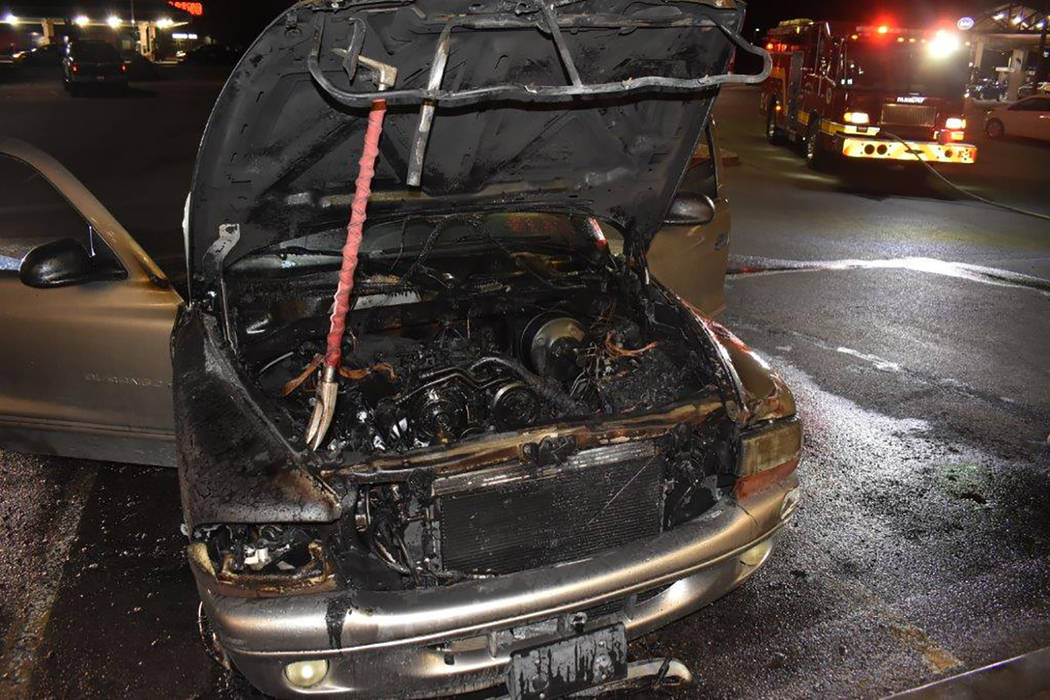 Special to the Pahrump Valley Times The entire engine compartment and much of the vehicle's interior was a total loss. Fire Chief Scott Lewis said no injuries were reported.

Crews from Pahrump Valley Fire and Rescue Services remained quite busy in the days leading up to the Fourth of July.

“Throughout the mid-portion of the week, including the Fourth of July, we responded to numerous brush and grass fires,” he said. “Those fires were all quickly controlled with no extension to the primary dwellings that they were close to, and it appears that all of those incidents involved the use of fireworks. There were no injuries reported.”

“This was a motor vehicle accident and rescue assignment at the intersection of Blosser Ranch Road and Blagg Road,” Lewis said.

“Upon arrival, crews found a rear-end type collision with one person briefly entrapped. That person was removed from the vehicle and transported to the local hospital.”

Several hours later, fire crews were dispatched to the parking lot of Walgreens at 770 South Highway 160 for a reported vehicle fire just before 9:30 p.m.