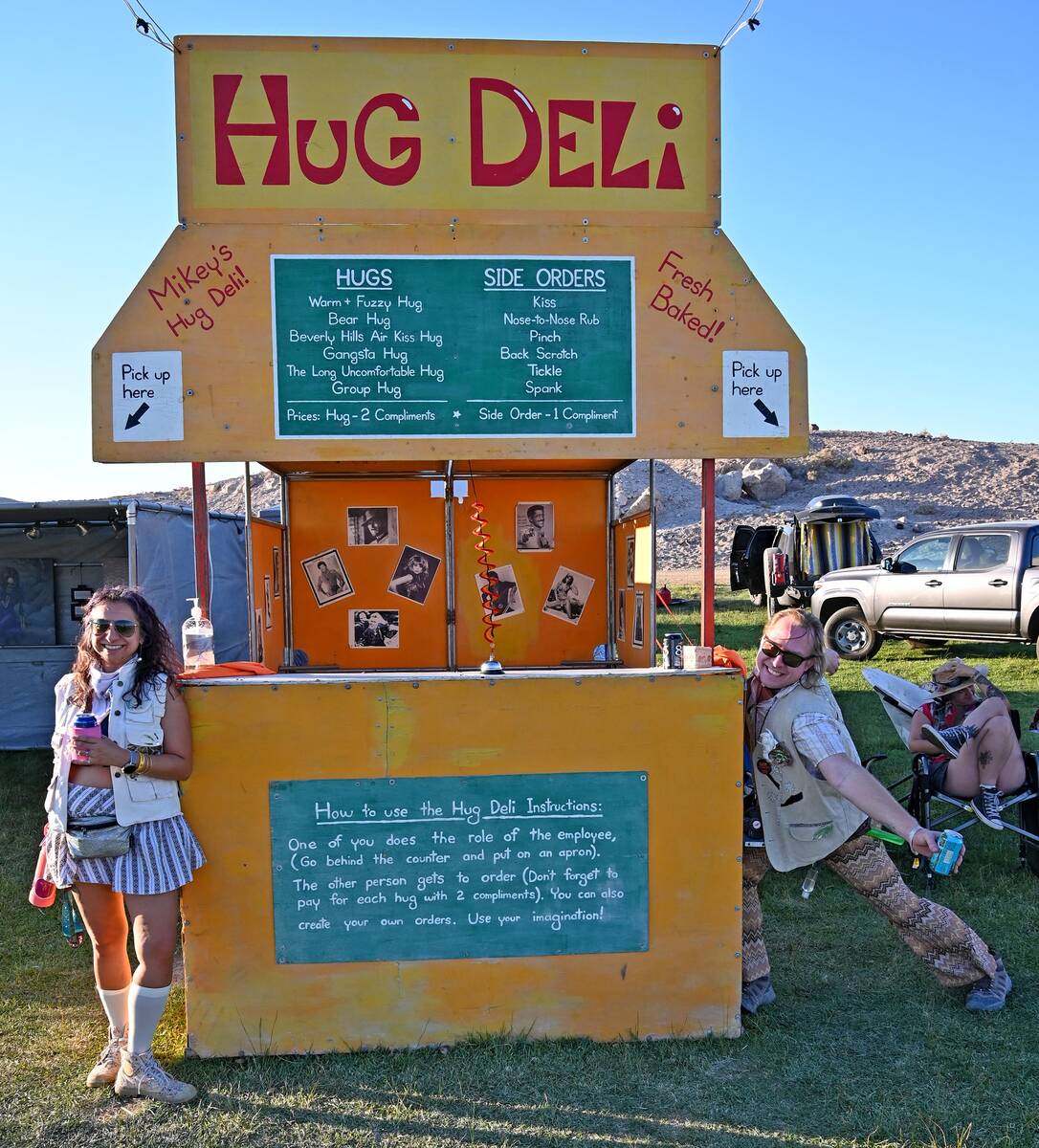 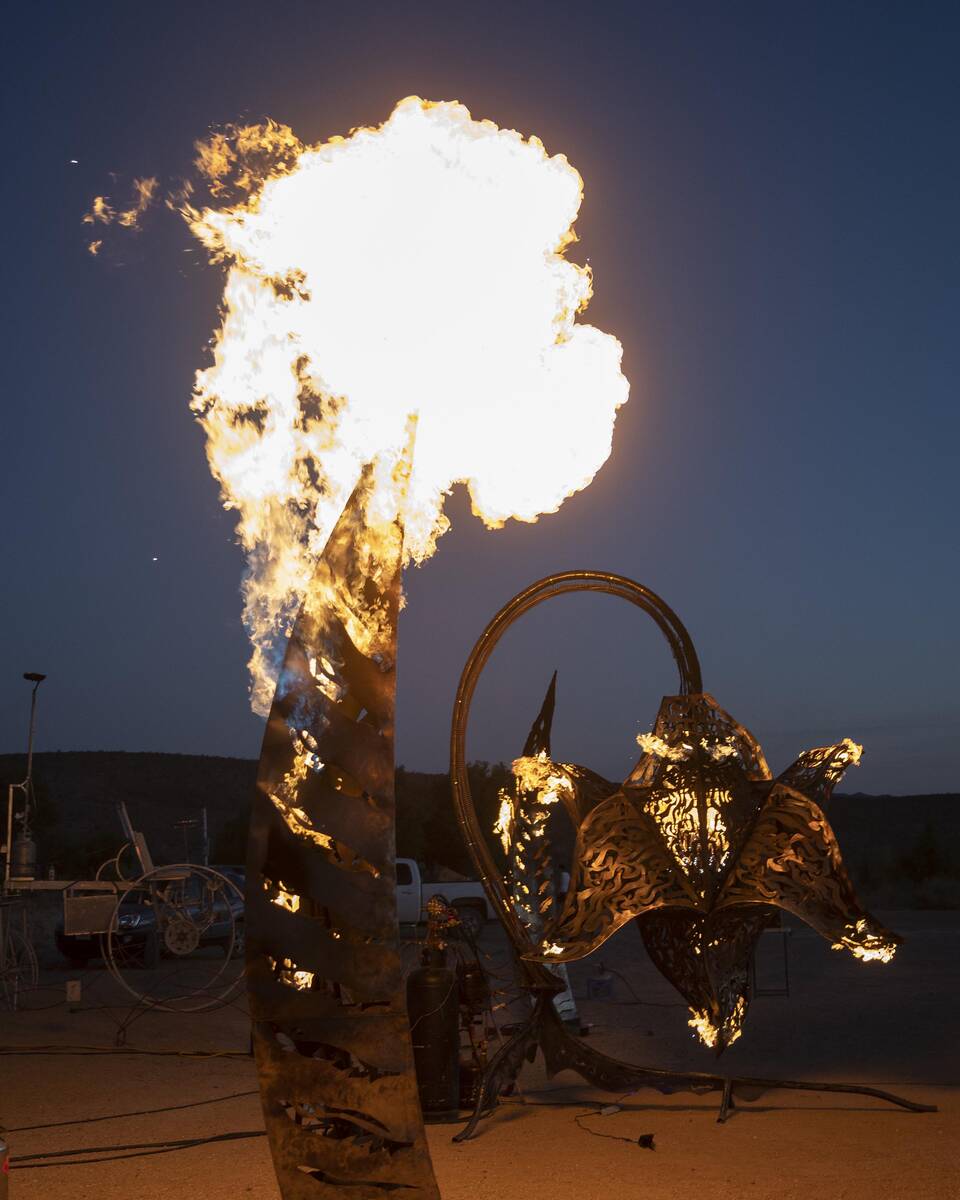 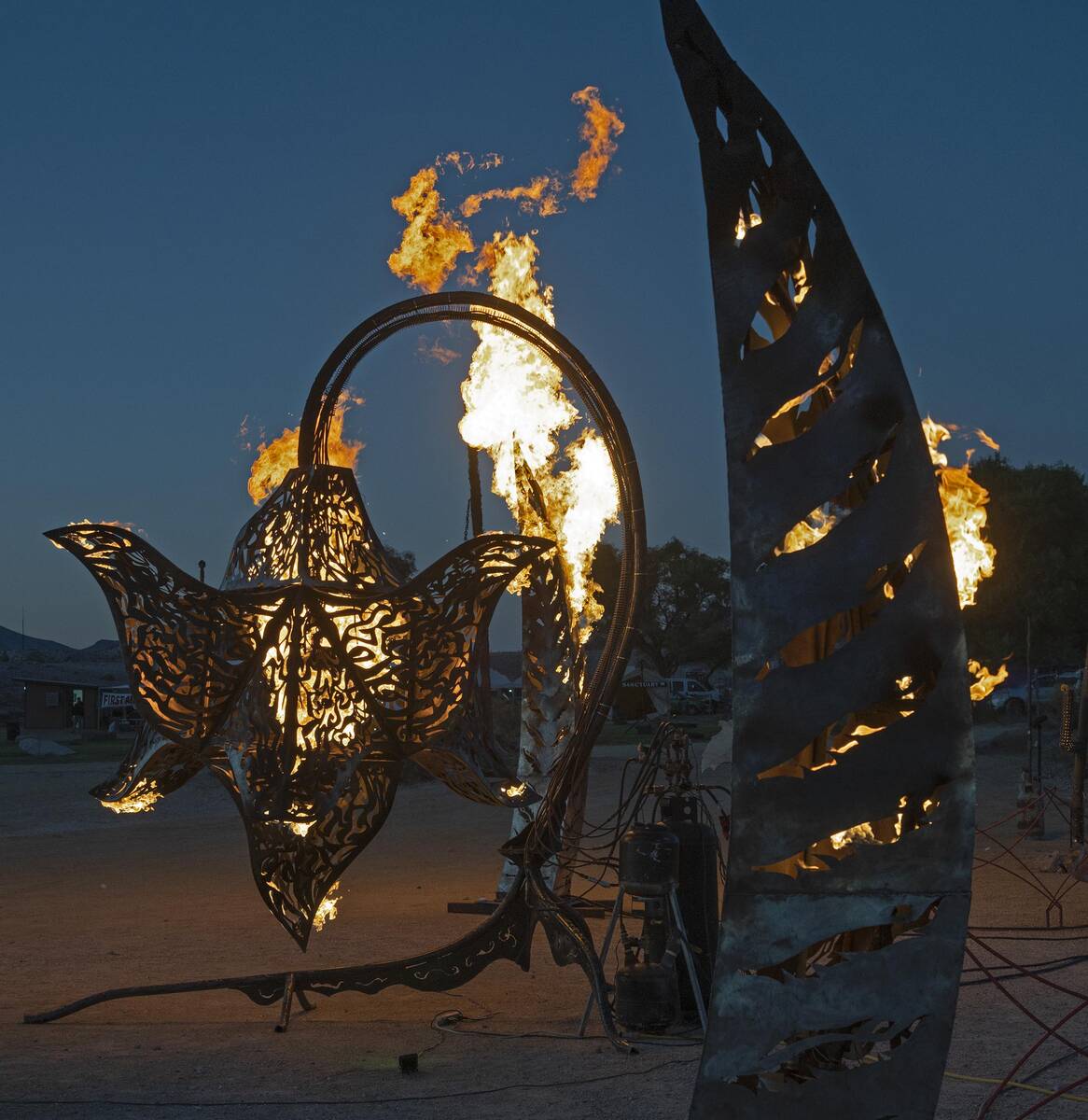 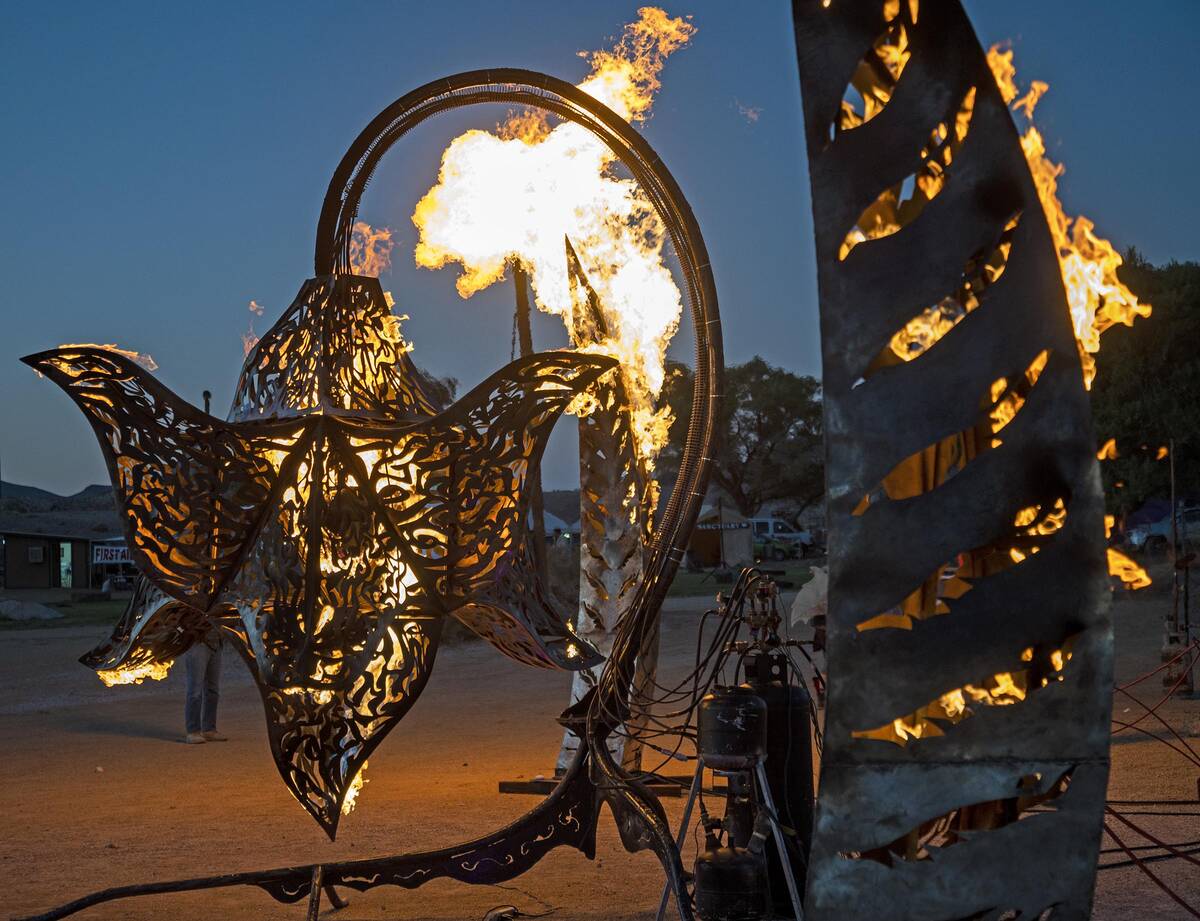 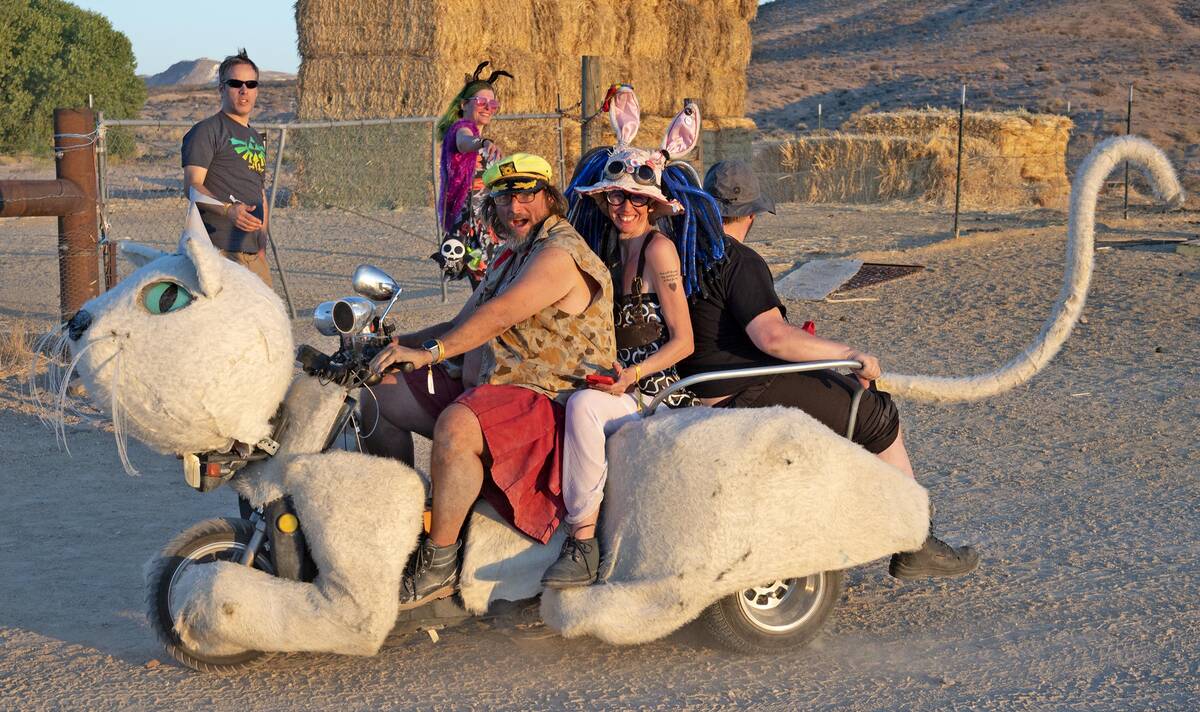 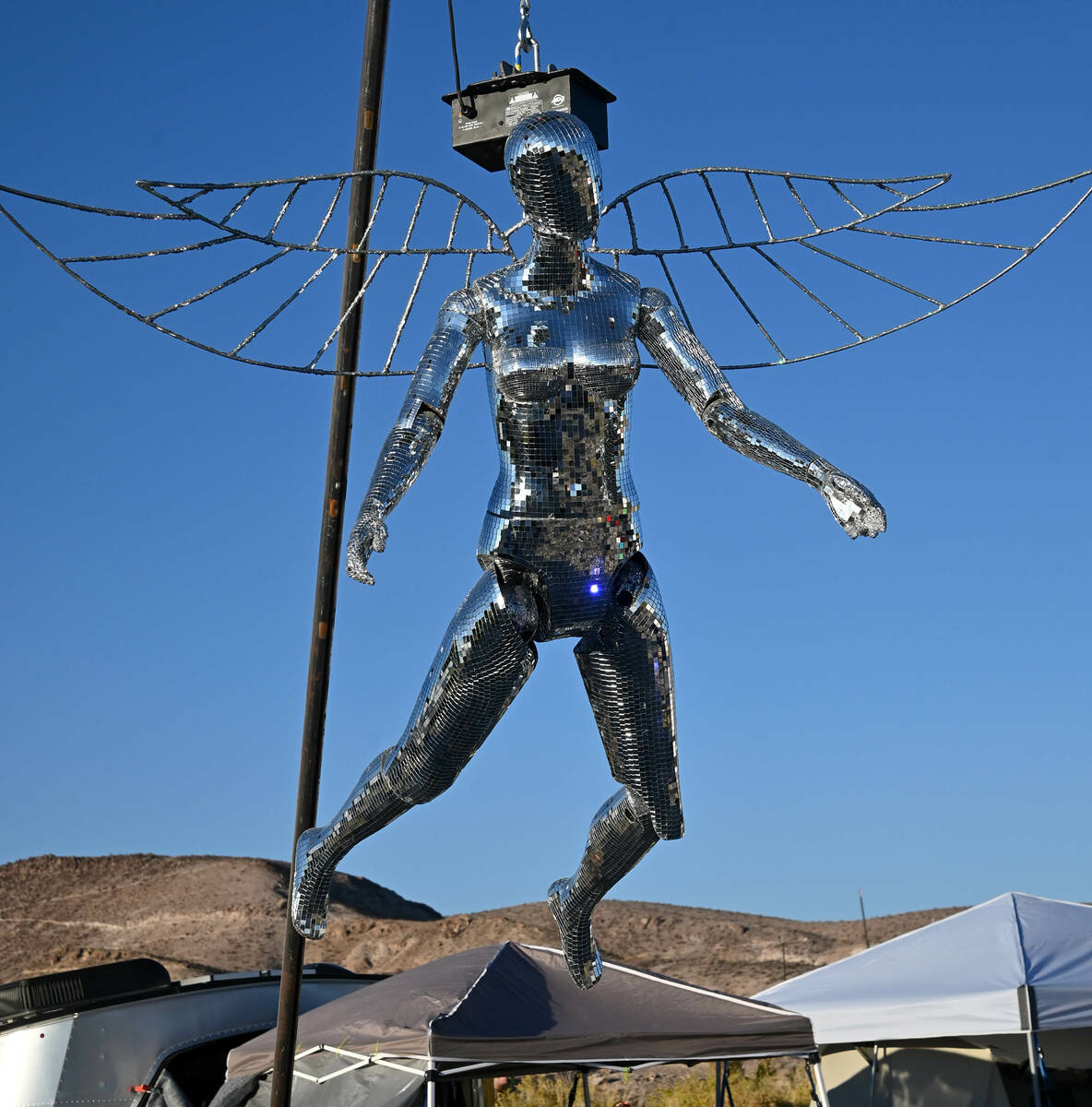 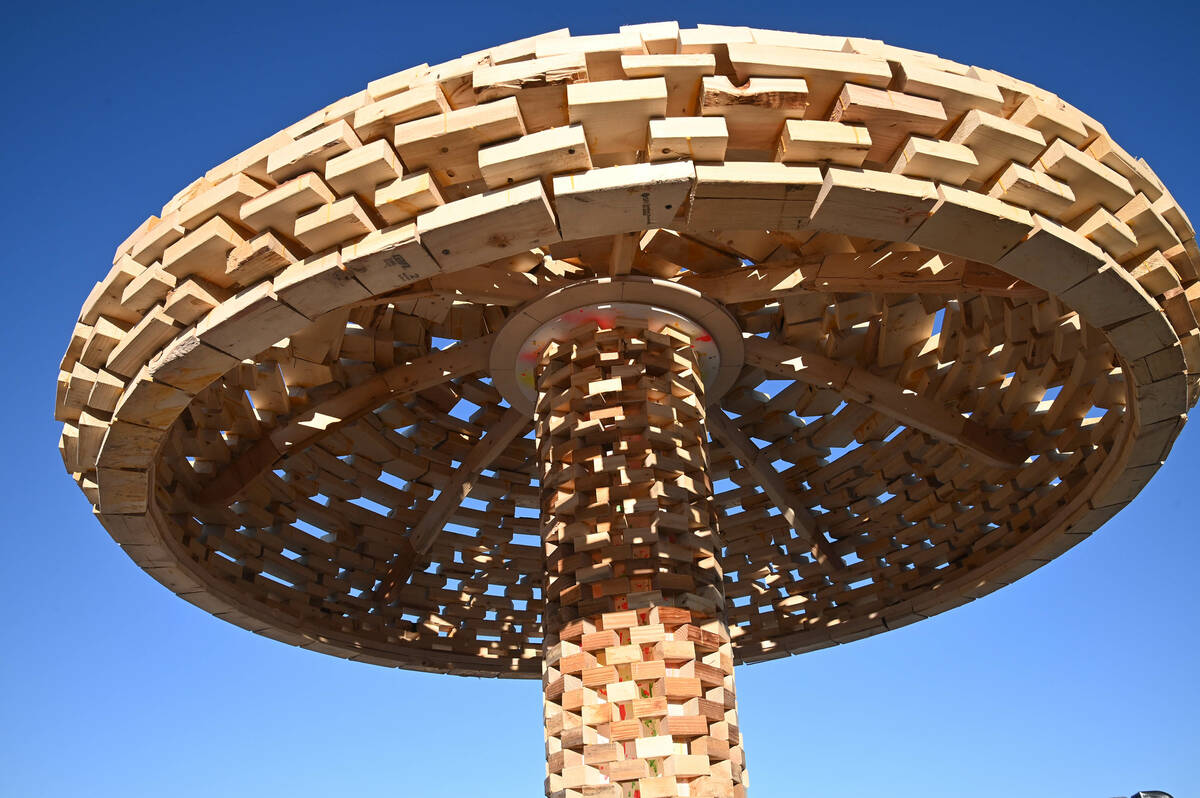 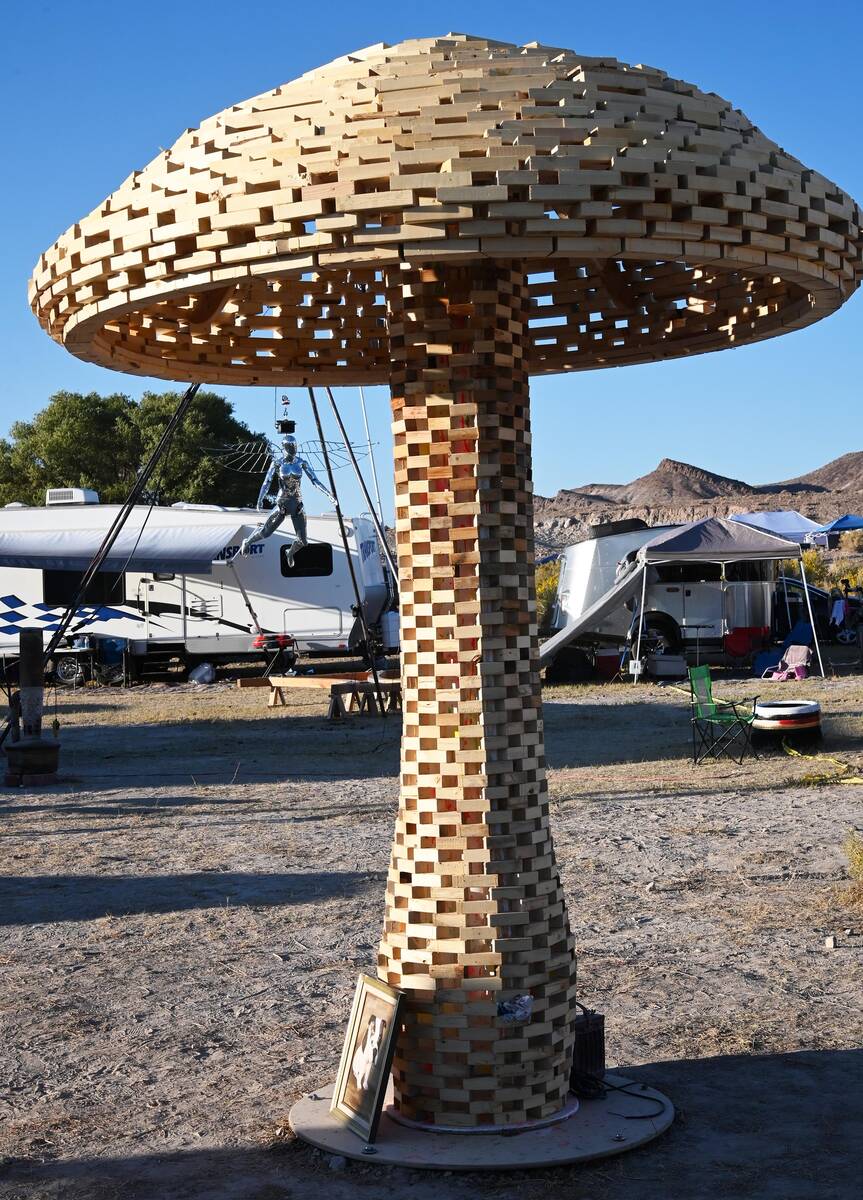 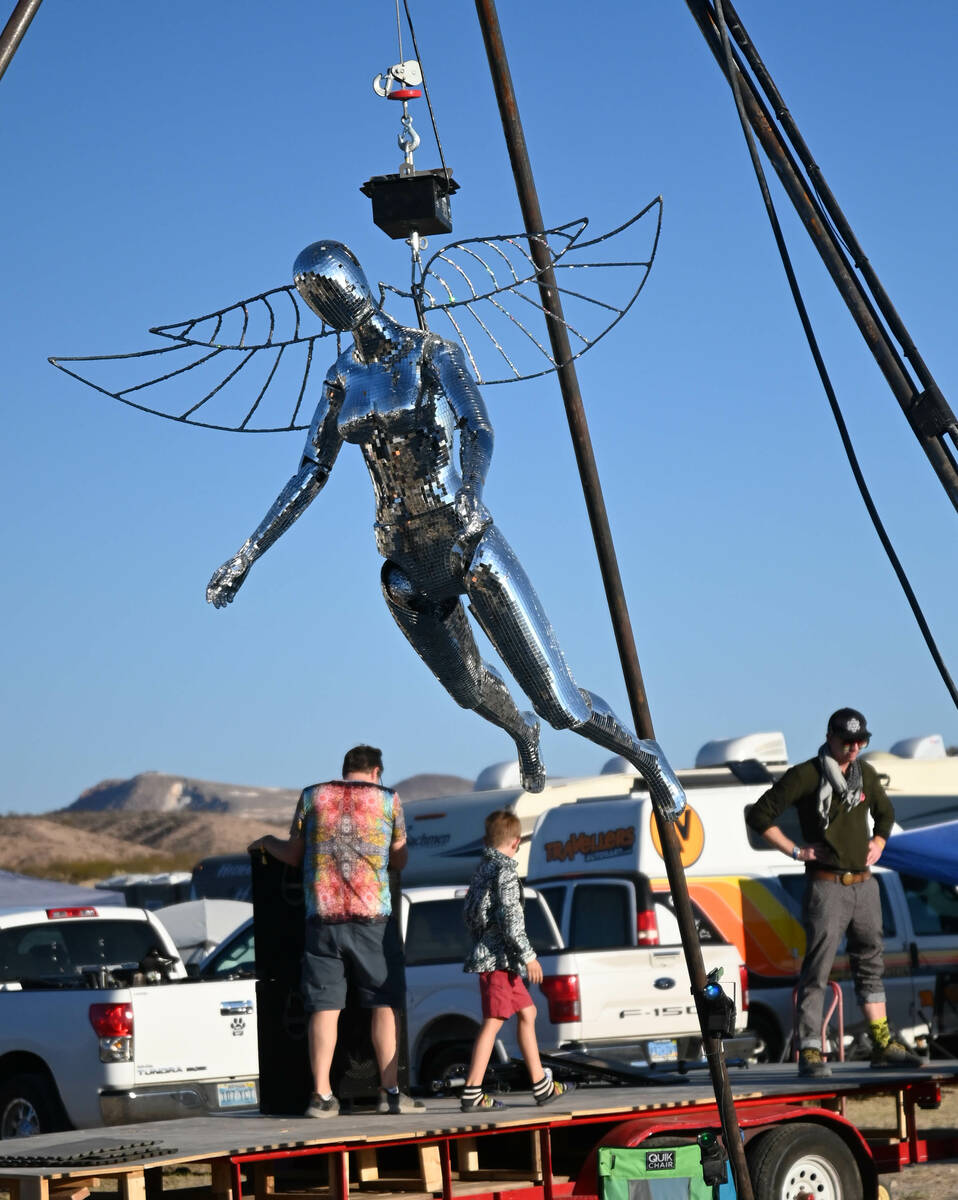 SNRG (Southern Nevada Regional Gathering), a Burning Man event, returned to Spicer Ranch at Beatty Sept. 30 to Oct. 3 after taking a year off because of the pandemic.

Following CDC guidelines, event organizers set up Covid-19 protocols. Participants who were not vaccinated were encouraged to be vaccinated, and, if not, to be tested for Covid prior to attending, to wear masks in close quarters, and to use hand sanitizing stations set up around the event venue.

Many of the nearly 800 participants came from out of state, making this year’s event, the fourth in Beatty, the largest yet.

Ranch owner David Spicer attributed the growth in attendance to people’s excitement about being able to have the chance to go somewhere after the lockdowns.

The event gives people the freedom and opportunity to express all manner of creativity. Some find that expression in the creation of sculpture or other art work, in dressing in unusual costumes (or lack thereof), making and riding strange vehicles (often including colorful light displays), in making music, or employing their creativity in any way they can dream up.

Fire is, of course, an element of Burning Man, culminating in the “burn” on the last night, when a sculpture, not always in the form of a man, and a structure called “the temple” are set on fire, preceded by drumming and fire dancing.

Fire is also often a feature of Burning Man sculptures, as in the pieces on display this year by the Flaming Lotus Girls, of San Francisco. The group, currently numbering around 100 members, is not all female, despite the name.

One member of the group created a take-off on a photo booth called the Photo Poof. This consists of a wooden box containing a camera and some computer hardware. The camera is synchronized with a burner that puts out a poof of frame so that people can be photographed along with the flame. The photos are then displayed on a screen on the side of the box.

The “about” statement on the event’s website says, “The Southern Nevada Regional Gathering, or SNRG (pronounce “Synergy”), is produced by the Las Vegas region. This is not a party. This is a community. A temporary city….We don’t book acts or provide entertainment. What happens here is up to you! There is no corporate sponsorship. You are entering a “decommodified” space that values who you are, not what you have. You are expected to collaborate, be inclusive, creative, connective, and clean up after yourself.” Spicer has commented on the past on how welcome the “burners” are at the ranch. His partner Brad Hunt has said that they are the only group that leaves the place cleaner than it was when they arrived.