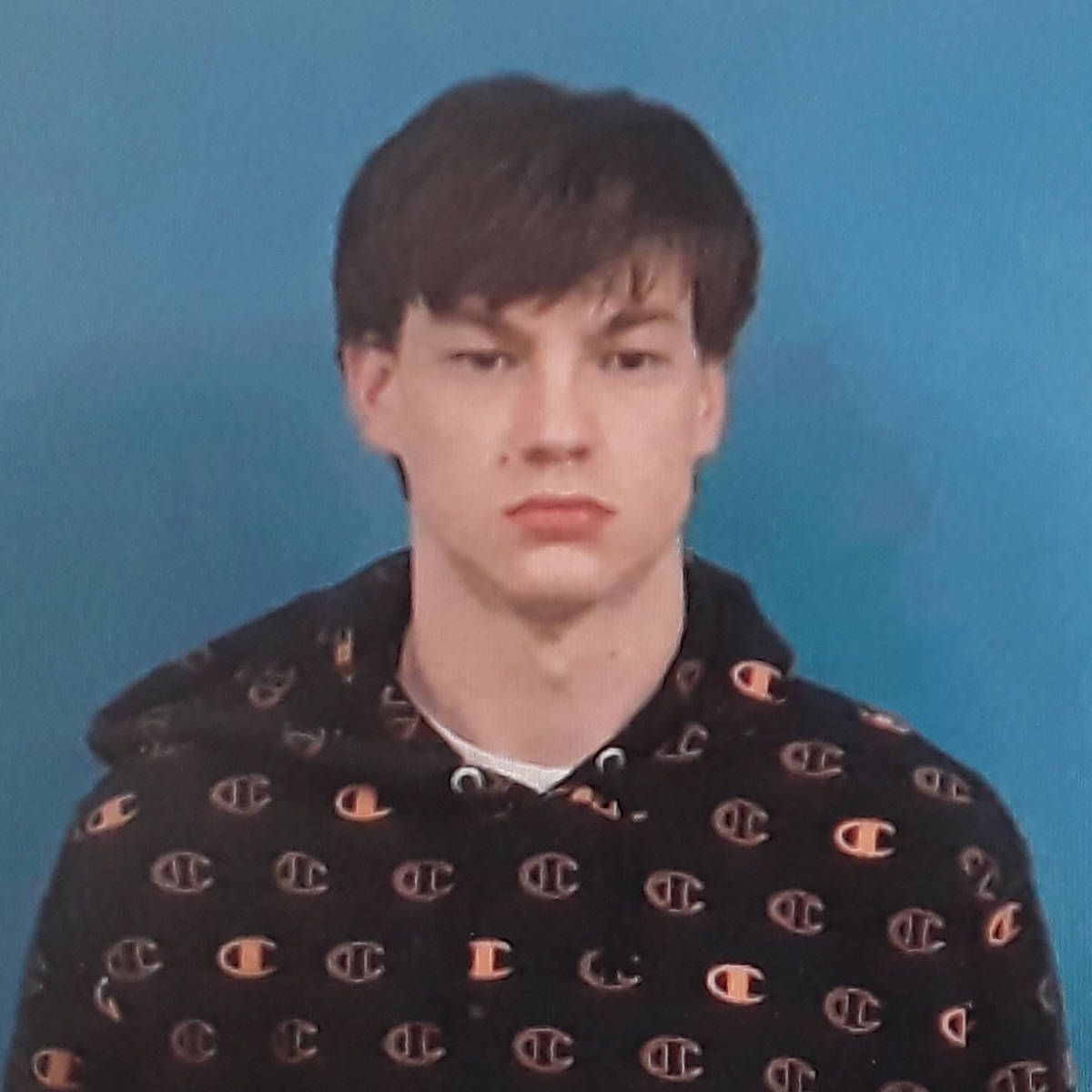 An extensive Nye County Sheriff’s Office investigation has led to the arrest of a burglary suspect.

As stated in a sheriff’s office arrest report, Deputy Nicholas Augustine responded to the Smoke N Head Vape Shop along South Highway 160 in reference to a business alarm at approximately 3:13 a.m., on Aug. 9, where upon arrival he observed a vehicle fleeing the scene, but was unable to execute a traffic stop.

“Upon my return to the business, I observed one of two doors to be unsecured,” the report stated. “Part of the door framing was broken and damaged as it appeared that the door had been forcibly opened by being kicked in. I was able to make contact with representatives of the business, who confirmed my suspicion, in that the business door was locked and forcibly opened by being kicked. Further, I was advised that two individuals entered the closed business and stole multiple water pipes and vape pens, while one individual stayed outside the business and never entered. The value of the items taken from the closed business was under $1,200.”

Augustine’s report also stated that the business representatives provided him with digital photographs from their video surveillance system.

“I confirmed that two individuals entered the business and observed the individuals carrying out some of the items described above in which they did not have permission to do so,” he said. “The business utilized their social media status and posted the photographs. Subsequently, two names continued to be mentioned, which led to the identification of a juvenile suspect and an adult suspect, Craig Cogeshall.”

The report went on to state that the juvenile suspect was located and taken into custody for being a runaway and questioned regarding his potential involvement in the business burglary.

During an interview, the juvenile suspect confirmed his involvement in the burglary of the business, and also confirmed that he was one of the individuals on camera that forcibly entered the business.

The juvenile also confirmed that the other male on the surveillance video was Cogeshall, who was a longtime family friend, according to the report.

“The juvenile advised me that he was peer pressured into committing the felonious crime of burglary, due to being intoxicated by substances provided by Cogeshall and one other adult male that was inside of the vehicle, but never exited the vehicle during the commission of the crime,” the report noted.

During the investigation, Augustine also said that he spoke to a female living out of state.

“I contacted her via telephone and email,” he said. “She advised me that she had seen the photographs of the burglary suspects on social media and identified Craig as being one of the males. While speaking with her, she advised that she knew this male to be Craig Cogeshall, due to the fact that she had dated him for an extended period of time in 2017.”

Cogeshall was eventually located and arrested on Oct. 4, where he faces a charge of burglary of a business and conspiracy to commit burglary.

The sheriff’s office did not provide information on the fate of the juvenile or the second adult who remained inside the vehicle.