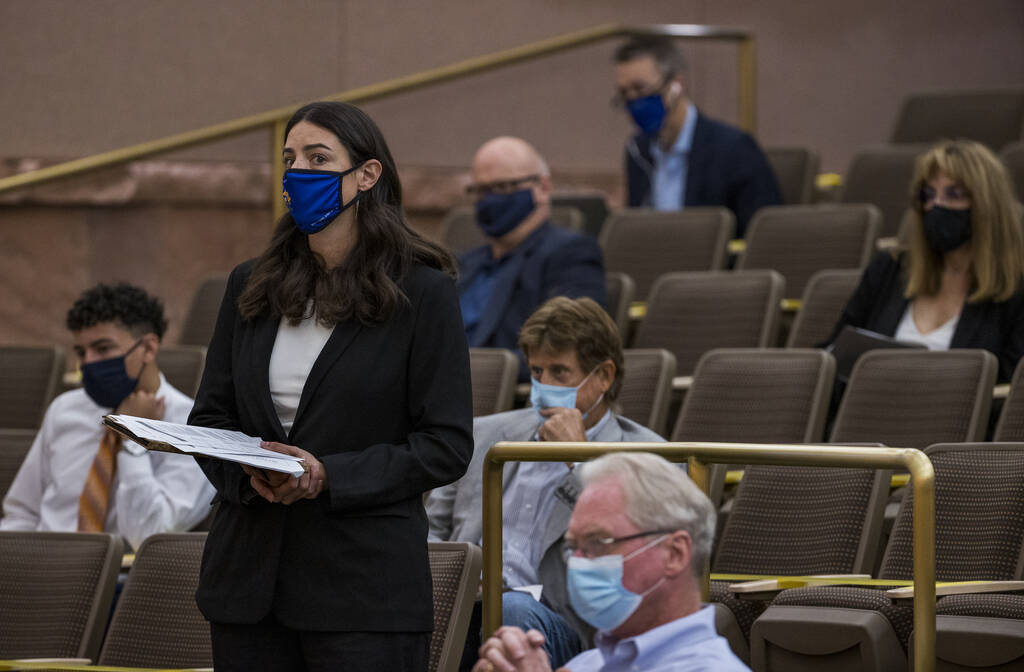 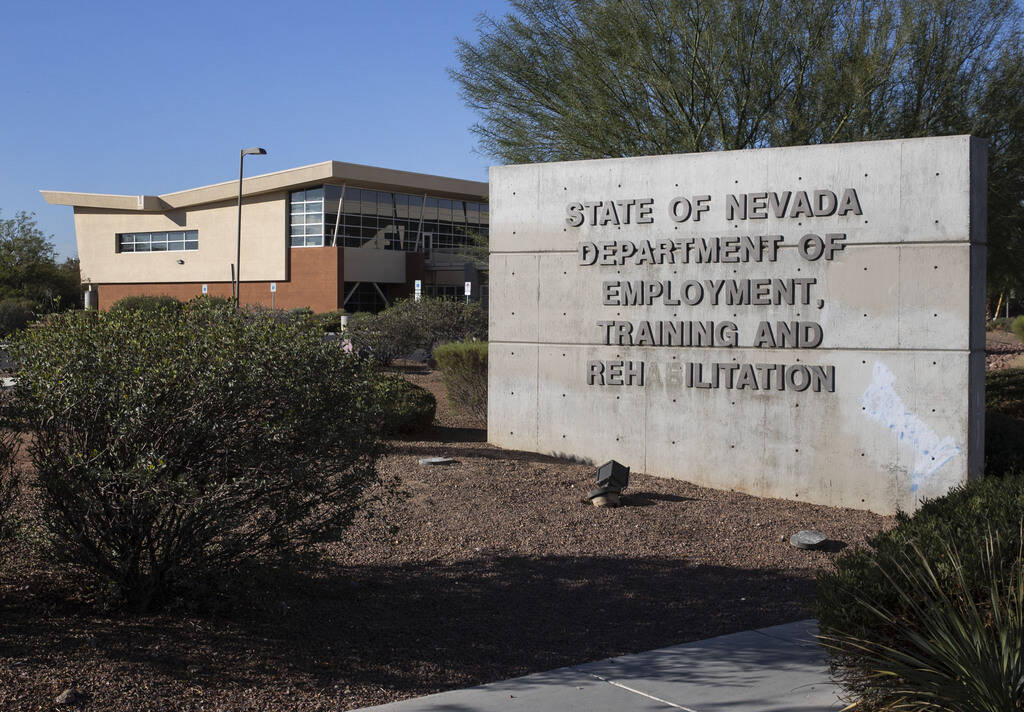 A ball and chain tied around the neck is how Rick Pollock, the owner of Las Vegas trade show production firm Total Show Technology, described the potential tax hike employers may face to help replenish the state’s unemployment trust fund.

“With gas prices up 60 percent and insurance prices up 12 percent and rent is up another 10 to 15 percent — to have another tax increase on top of this, plus what I consider a tax increase of inflation, is just killing us,” said Pollock, who is also president of Total Show Technology. “I’ve had to take an 80-percent salary reduction. My employees have had to take a 25-percent salary reduction. I would love to bring them back to 100 percent next year, but I don’t even know if the business is going to support that.”

Pollock and several Nevada business leaders were protesting a proposal to raise the state’s unemployment insurance tax, during a virtual meeting Friday morning hosted by the Employment Security Division and Department of Employment, Training and Rehabilitation.

The meeting was held to solicit public feedback and review an Oct. 4 recommendation by Nevada’s Employment Security Council to raise the average UI tax rate by one-third of a percent from 1.65 percent to 2 percent — a move that would cost employers an estimated $130 more per employee. The council’s recommendation was passed along to ESD Administrator Lynda Parven, who will make a formal rate recommendation by Dec. 8.

In a slight turn of events, Parven announced shortly into Friday’s meeting that the division would not adopt the 2 percent increase.

“Based on the feedback and engagement we’ve had with the employer community, the ESD will not be adopting the increase to 2 percent recommended by the council,” Parven said. “Today, we will be reviewing the impacts of a more modest increase of an average rate of 1.85 percent.”

Nevertheless, public comments from Nevada businesses showed nearly all wanted to see the rate stay at 1.65 percent for another year. This means employers would continue to pay about $622 per employee in 2022, instead of $695 with a proposed 1.85 percent average rate or $750 with a 2 percent rate, according to DETR.

The UI tax rate, charged to Nevada’s employers, helps fund the state’s unemployment trust fund, which is used for paying jobless benefits to Nevadans. And a rate increase would help replenish a trust that was quickly depleted by the thousands of unemployment claims during the pandemic.

Nevada’s trust fund was $1.93 billion in January 2020. But a record number of unemployment claims saw the trust balance drop to $873.14 million at the end of June and empty to zero early December, according to data from the Treasury Department.

DETR borrowed federal funds to the tune of $332.4 million to continue paying jobless benefits. But thanks to Senate Bill 461 passed in July, the state was able to allocate a portion of its federal COVID-19 relief money to pay the loan back before the interest-free period ended Sept. 6.

“It took a massive investment at the federal level, making funds available for just such a purpose — something I’ve not seen done, even in the Great Recession,” said David Schmidt, DETR’s chief economist, in a press release last week. “We went through the COVID recession and recovery borrowing less than half as much as we did in the Great Recession, and repaying those loans without additional bonds, without needing the interest assessment, and with the ability to use the normal unemployment tax rate setting process to start recovering.”

During the Great Recession, the state borrowed an estimated $773 million to cover unemployment benefits. Nevada paid back the loan in 2017, nearly seven years after taking it out. And at the time employers were paying an average UI tax rate of about 2.7 percent.

Ray Bacon, executive director of Nevada Manufacturers Association, was the only person to speak Friday in support of the 2-percent increase.

He told the Review-Journal that funding the trust at a quicker pace through a higher tax rate will protect employers from having to face an even steeper tax hike later should the economy face another downturn, citing the 2.7-percent rate following the Great Recession.

“We have uncertain factors that we can’t control and … the 1.65 (rate) is not going to build it back fast enough,” he said. “Because it is adjusted every year, it is probably prudent to go forward a little bit on the high side rather than wish we had.”

It should be noted that the 1.85 percent and 2 percent proposed rates are an average. DETR noted Friday that an average 1.85 percent rate means about two-third of Nevada’s employers would see a change compared with “most employers” seeing an increase at 2 percent.

An employer falls into one of 18 different UI tax rates, ranging from 0.25 percent to 5.4 percent, based on their “experience record.” New business pay 2.95 percent for the first three years, allowing an experience record to be established.

Janelle Cammenga, policy analyst at Tax Foundation, said the experience rating is based on how long a business has existed and how many layoffs it’s made. So an employer who makes few or no layoffs over its history has a favorable experience record, falling into a lower UI tax rate.

“It does make a big difference in terms of how much that business is paying in UI taxes because there’s a whole schedule of rates and your experience rating determines which of those rates you get to pay,” she said.

And Cammenga said Nevada’s businesses could have faced a huge financial setback if the thousands of layoffs they were forced to make last year were factored into their experience rating — meaning they’d be pushed into a significantly higher tax rate.

DETR said in an emailed statement employers’ experience rating was forgiven between the second quarter of 2020 to the end of the third quarter this year, “helping to mitigate the tax burden on the business community.”

‘Step in the wrong direction’

But businesses are still facing a laundry list of setbacks such as increased wholesale costs, supply chain nightmares, shipment delays coupled with higher shipment costs and a labor shortage.

Pollock said his business was completely shut down for more than a year, but he was able to bring back his 18 employees.

“We’re just getting started again,” he said. “Meetings business is picking up, things are looking better but it’s nowhere near where it was (pre-pandemic).”

Alexandria Dazlich, director of government affairs at the Nevada Restaurant Association, said any increase would “severely damage” the industry.

“The restaurant industry is suffering a staggering rate with closures exceeding 25 percent since the beginning of the pandemic,” said Dazlich. “This increase would create an undue burden to operators who are trying to keep their doors open and their lights on.”

Cammenga said its important for states to shore up their trust funds for future recessions but the timing is equally important.

“The No. 1 priority should be that businesses remain viable, and the best way to do that is by standing back and not getting in the way of their growth,” she said. “And how we see it is that increasing unemployment insurance tax right now is a step in the wrong direction.”

“Our concern and opposition is strictly related to timing due to the uncertain economic recovery,” said MacKay. “We have serious concerns that this is premature and can adversely impact businesses.”