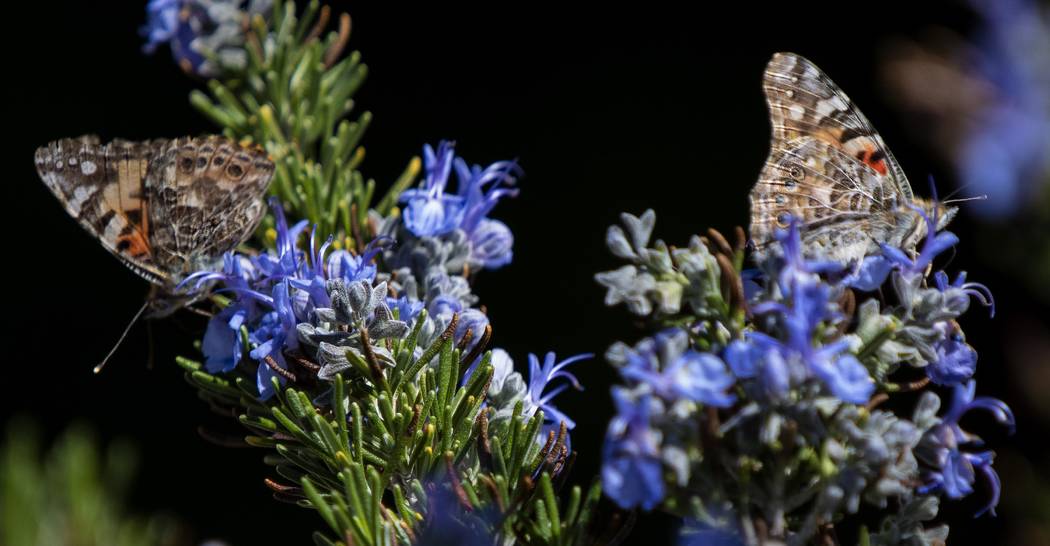 Richard Stephens / Special to the Pahrump Valley Times The painted lady is sometimes called the “cosmopolitan butterfly,” because it is the most widely distributed butterfly in the world, and can be found on every continent except Antarctica. 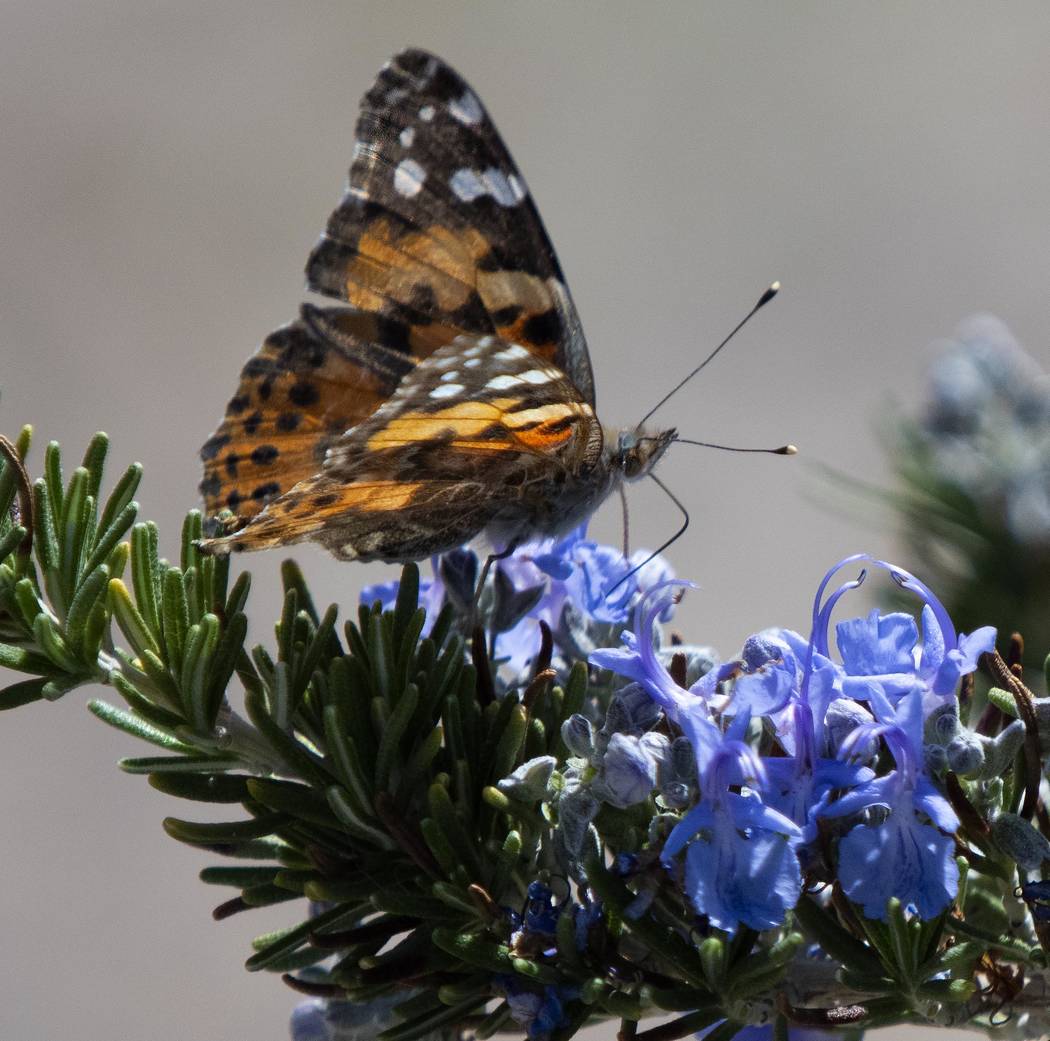 Richard Stephens / Special to the Pahrump Valley Times This year the migration of the painted lady butterfly is unusually heavy because of a very wet winter. More water means more vegetation and more food for caterpillars and butterflies. 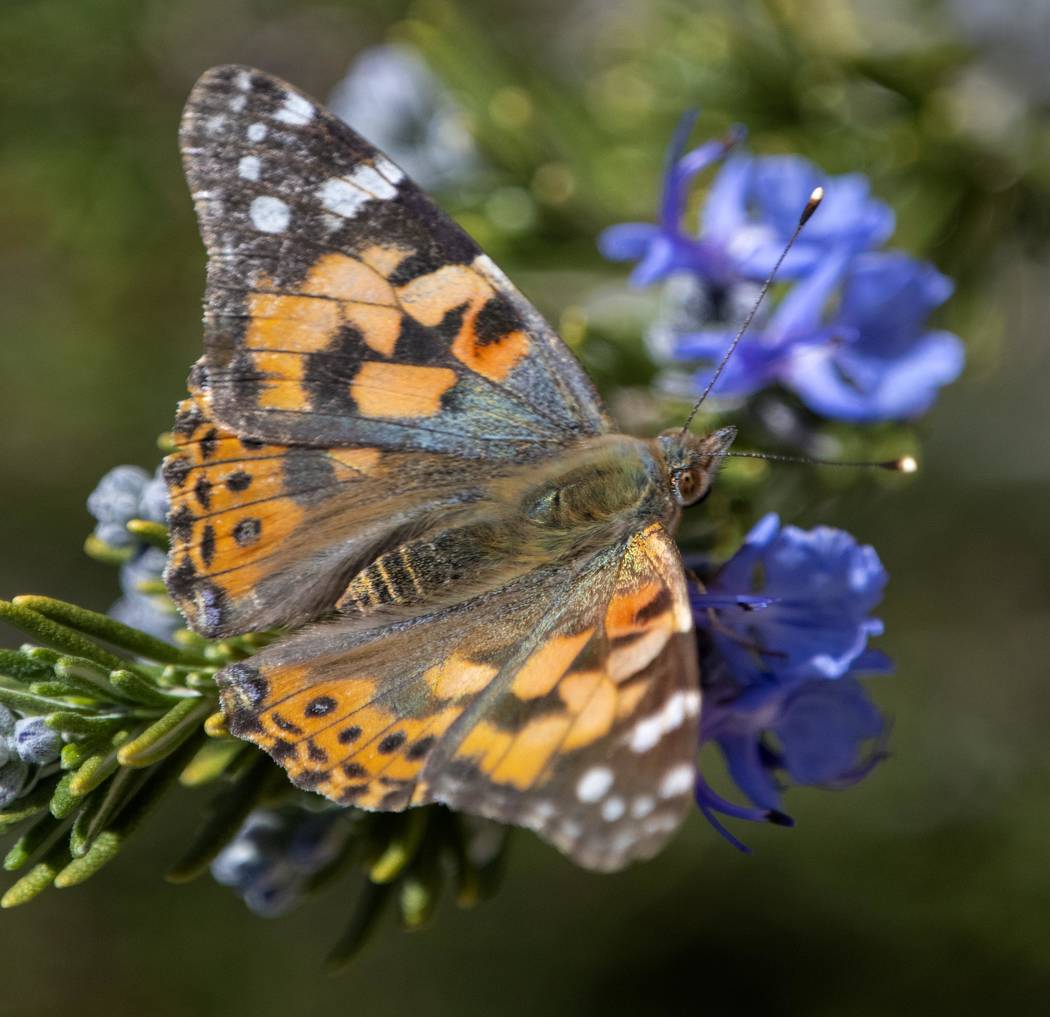 Richard Stephens / Special to the Pahrump Valley Times Thistles are the painted lady’s food of choice. In fact the species name is “vanessa cardui”, which means “butterfly of the thistle.”

The desert around here has been alive recently with millions of undocumented migrants from Mexico, and no border wall could have stopped them.

Tragically, untold numbers have died, struck by vehicles on our highways. As you may have guessed by now, these migrants are not human and do not need documentation.

They are painted lady butterflies making their way from the deserts of northern Mexico to their upper breeding grounds in the Pacific Northwest.

This year the migration is unusually heavy because of a very wet winter. More water means more vegetation and more food for caterpillars and butterflies. Thistles are the painted lady’s food of choice. In fact, the species name is “vanessa cardui”, which means “butterfly of the thistle.”

The painted lady is sometimes called the “cosmopolitan butterfly,” because it is the most widely distributed butterfly in the world, and can be found on every continent except Antarctica.

They can fly at a top speed of 25-30 miles per hour. Though they normally fly close to the ground, they have been observed at up to 2,200 feet.

Painted ladies have a life span of only two to four weeks, from the time they hatch, and the mature butterflies only live 10 to 14 days, yet they migrate from Mexico to Oregon, and even as far north as Alaska. How they manage that distance is the stuff of science fiction.

In science fiction, travel to distant stars is accomplished in a limited number of ways. Usually, it is by using some sort of faster-than-light travel or by diving through wormholes.

The other method of traveling those interstellar distances is in a “generation ship,” a huge, long-term habitat in which generations live and die in the course of the journey. This is the method employed by the butterflies, but minus the ship.

The butterflies reproduce along the way (a female can lay around 500 eggs), and the ones that arrive at the end of the migration are the descendants of those who began it. People should be seeing their descendants heading back south of the border in the fall.