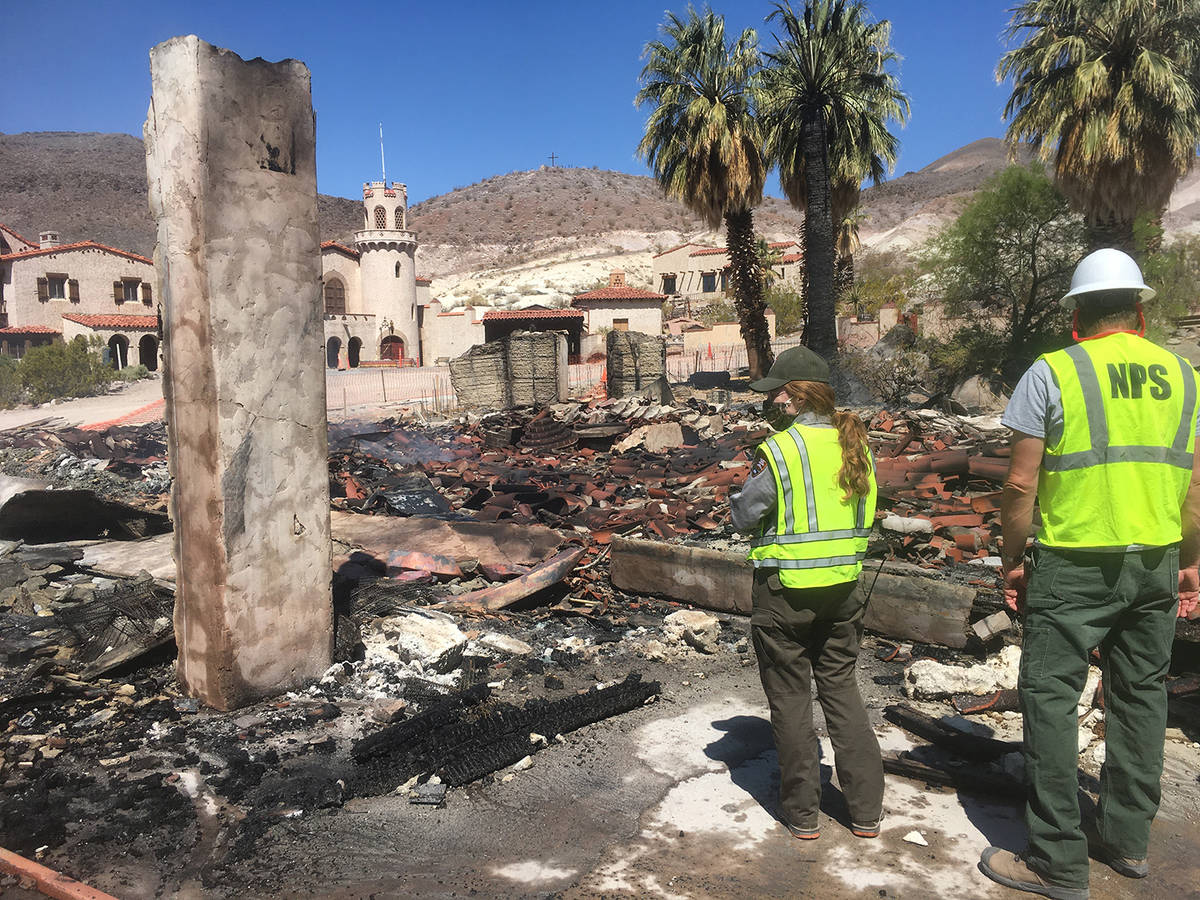 Death Valley National Park Rangers stand near the remnants of the historic garage in the Death Valley Scotty's Castle historic district. The main house in the distance did not incur any damage. 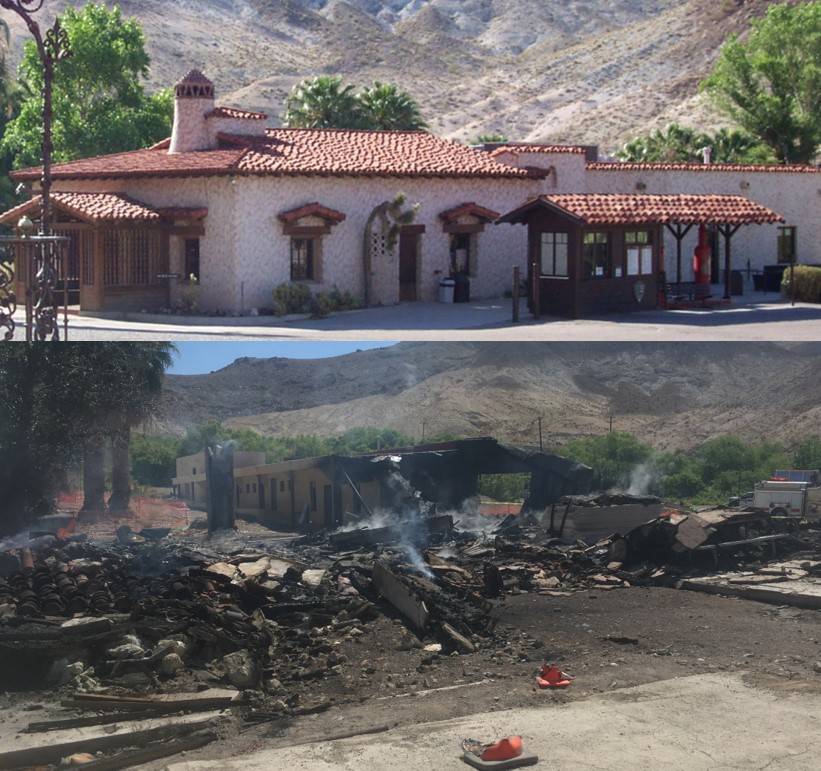 Investigators could not determine a cause to the April fire at Scotty’s Castle, a landmark in Death Valley National Park, according to a report released on Thursday.

The park service announced the conclusion of an initial investigation on Thursday. The California Department of Forestry and Fire Protection determined the fire began in the visitor center, a release from the park stated.

“The fire started the night of April 21/22 after all personnel had left the construction site,” the park said in a release. “No generators or equipment were located where the fire started. No electrical power was connected to the building. No lightning was reported. There was no evidence of arson.”

The visitor center at Scotty’s Castle, formerly the site’s garage/workshop when it was first constructed in the 1920s, was badly damaged by a flash flood in October 2015. Construction began in November 2020 to repair the damage done during that incident following years of securing funding, preparing designs and conducting environmental compliance.

“We hope to be able to reconstruct the visitor center,” said Superintendent Mike Reynolds. “The garage is the building closest to the parking lot. Its loss leaves a gaping hole in the historic landscape.”

The castle is formally listed on the National Register of Historic Places, where it’s known as Death Valley Scotty Historic District. The garage was built in 1922 and functioned as the workshop to support the construction of the district, the park service said in a release.

“After a two-month pause due to the health risk of wind-blown asbestos from the Visitor Center debris pile, work has now resumed on other flood recovery projects at Scotty’s Castle,” the park service states. “The flood control project should start this fall, along with several smaller projects. The historic district is scheduled to reopen in 2023. Park staff are working on plans for visitor services now that the Visitor Center burned down.”