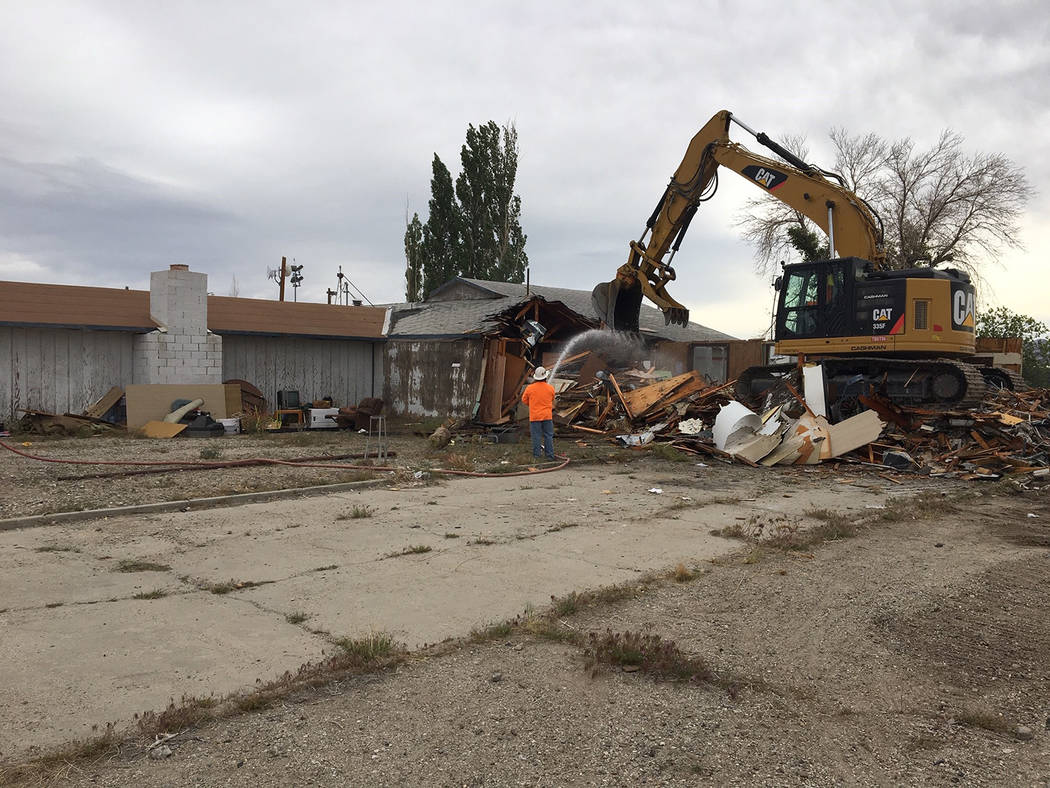 Nye County Public Works "The project has been the result of successful collaboration among multiple parties, the Rural Desert Southwest Brownfields Coalition said in its announcement.

The ceremony is planned to start at 10 a.m. on Tuesday, July 30, 2019, at the Tonopah General Aviation Airport Fixed Base Operations (FBO) Building, located at 1 Airport Road in Tonopah. Light snacks and beverages will be provided and a tour of the site will take place following the ceremony.

Details were provided in a Facebook post from the Rural Desert Southwest Brownfields Coalition:The Fixed Base Operations Building was identified as a brownfield upon submission of the Brownfields Site Eligibility Evaluation in August 2013 and approval in January 2014. A Phase I environmental site assessment was completed in February 2014 to identify recognized environmental concerns associated with the site.

The Phase II ESA identified lead, asbestos, and petroleum contamination in the soils on site and an Analysis of Brownfield Cleanup Alternatives and Cleanup and Reuse Plan was completed in September 2014. The site was enrolled in the Voluntary Cleanup Program through the Nevada Division of Environmental Protection in December 2014.

Following a Historic Preservation Review in September 2014 and a Historical Evaluation completed in January 2015, the Nevada State Historical Preservation Office concluded in October 2015, that no historic properties would be affected by the proposed demolition and cleanup of the FBO Building.

“A biological evaluation was completed in August 2017, and the Environmental Protection Agency concurred that there would be no impact to federally listed species potentially located in the vicinity of the project in September 2017,” a statement read.

“The (building) was demolished and environmental contamination abated in April 2019. Confirmation sampling and analysis occurred in May 2019, to confirm that concentrations of contaminants of concern no longer pose a risk to human health or the environment.”

Read more about this project at pvtimes.com

“The project has been the result of successful collaboration among multiple parties, and we look forward to showcasing this success now and in the future as the site is redeveloped,” the Rural Desert Southwest Brownfields Coalition said in its announcement.