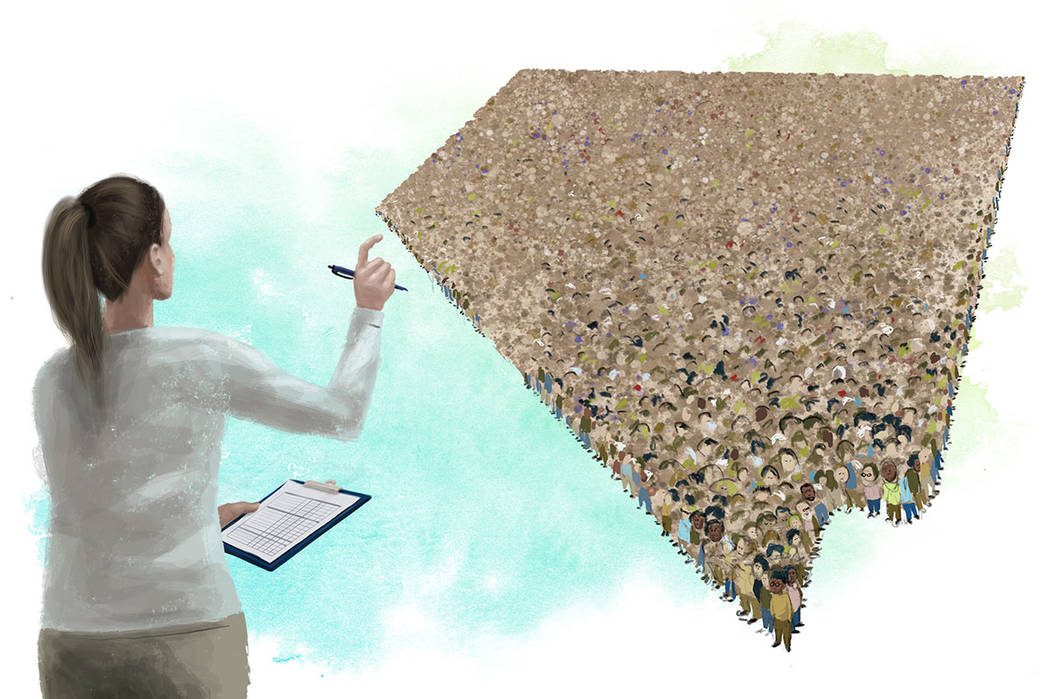 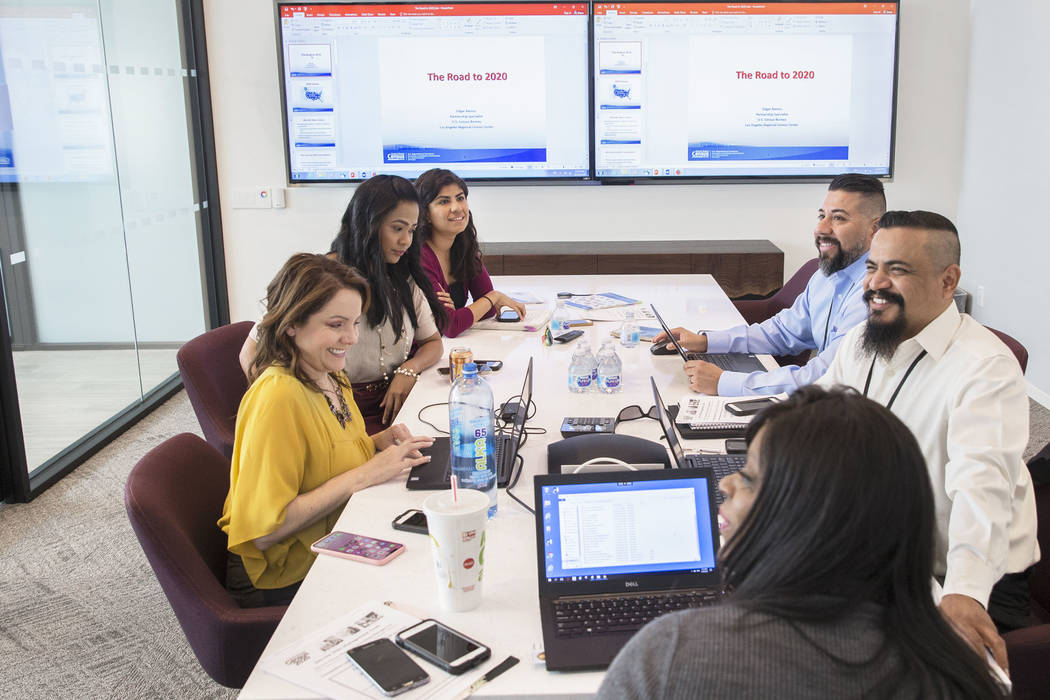 Benjamin Hager/Las Vegas Review-Journal U.S. Department of Commerce partnership specialists meet to discuss the 2020 census on Friday, April 19, 2019, at the office of Telemundo in Las Vegas. 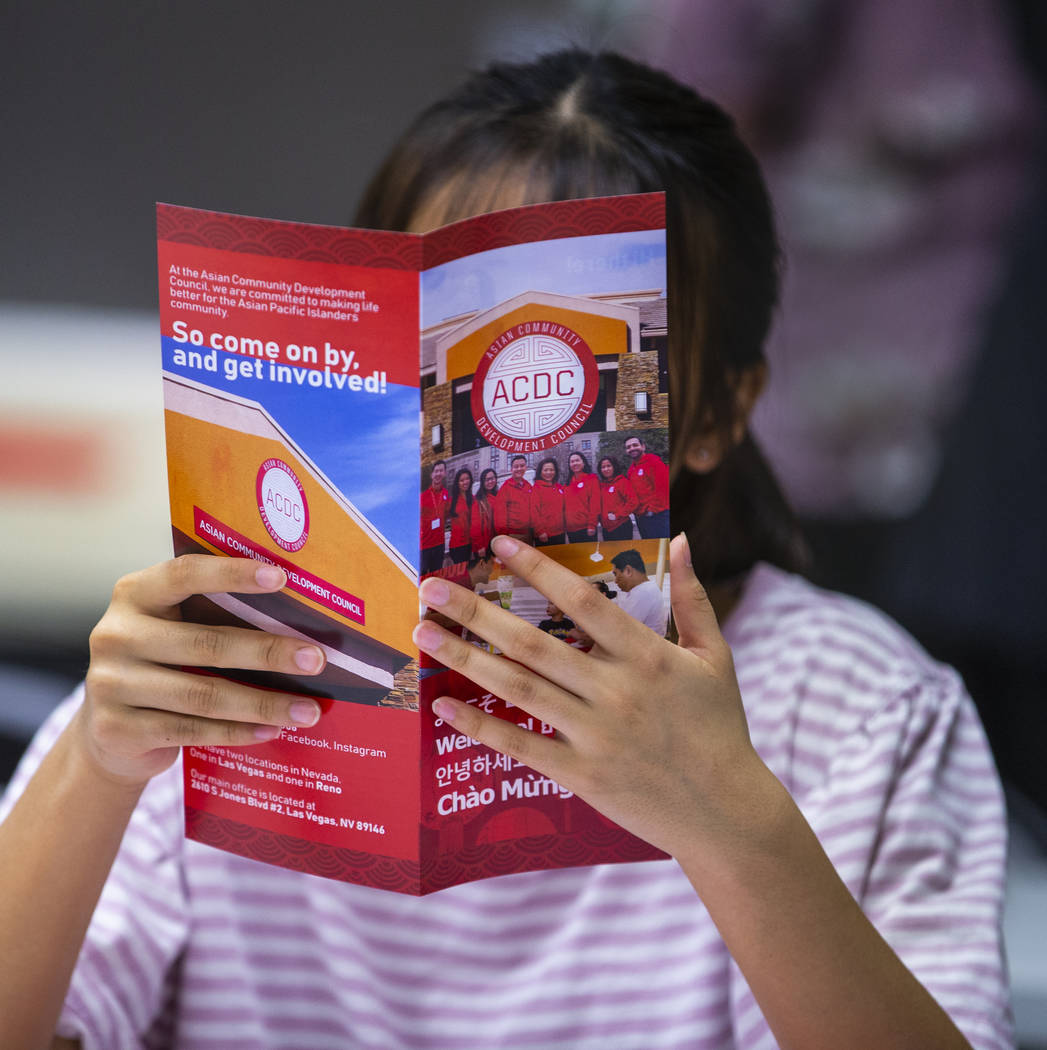 Nevada had yet to be founded during the first nationwide census in 1790, but the state has risen to prominence in the decennial headcount.

The U.S. Census Bureau documented the Silver State as the nation’s fastest-growing state between 2000 and 2010, and recent projections still rank it near the top in population gains.

With the next census fast approaching, measuring the past decade’s growth accurately is crucial to capturing federal funding for Nevada.

Invitations to respond to the census questionnaire will be sent out starting in mid-March, and anyone who doesn’t respond should expect a census taker knocking on their door by May. The process should be simpler than ever; this is the first year residents can complete the census online, as well as over the phone and by mail.

Completing the census by phone should take about 10 minutes or less. Doing it online should be even quicker.

The short questionnaire asks for demographic information about everyone living in your household. Your answers should reflect where you are living and who is living with you as of April 1, known as Census Day 2020.

“The best way to avoid a follow-up visit from a census taker is to fill out the 2020 Census questionnaire online, by phone, or by mail as soon as you receive your invitation to participate,” Census Bureau spokeswoman Misty Slater said. 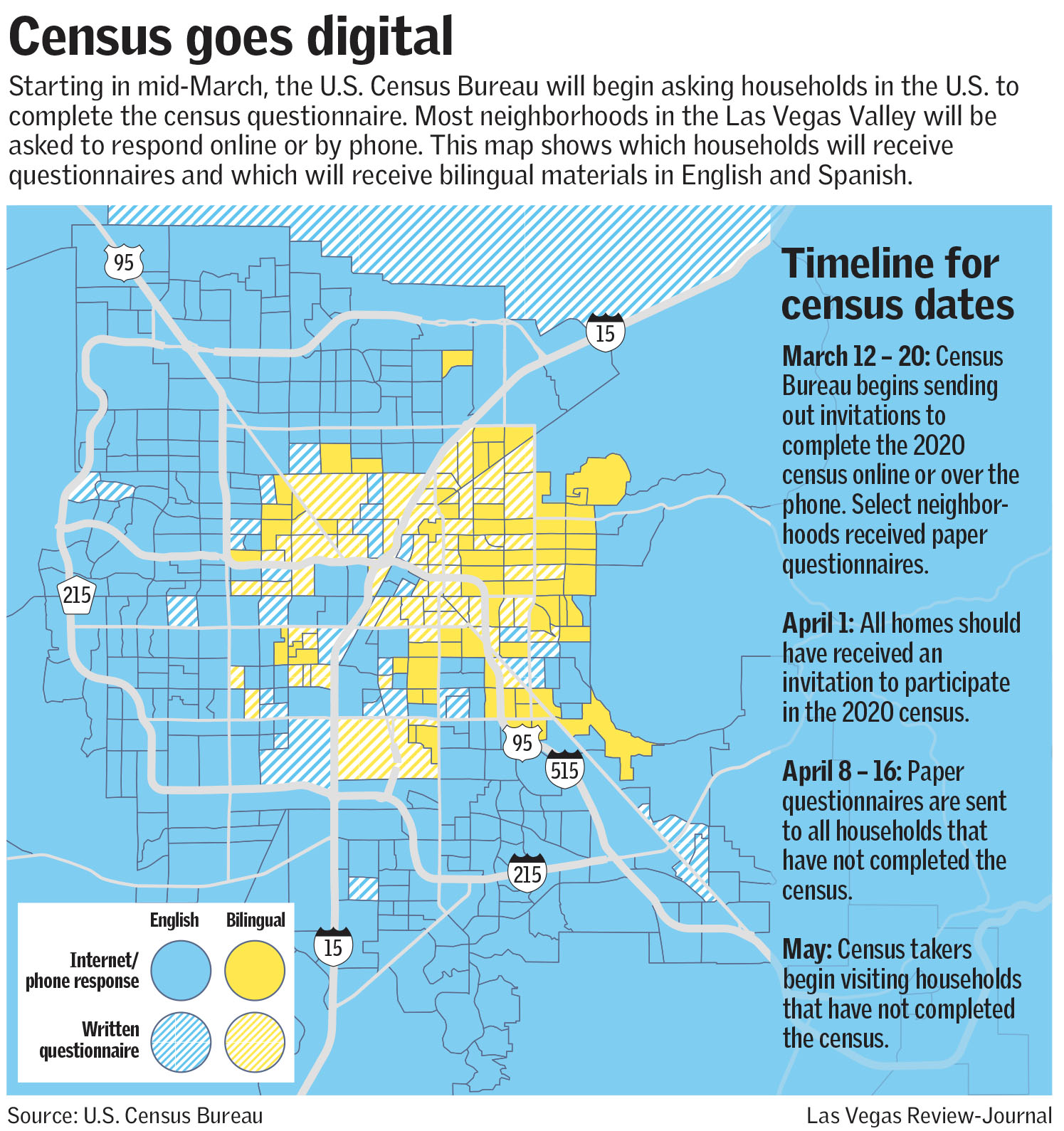 How the census helps communities

The population estimates derived from the census are also used to help communities plan where to build infrastructure like schools, hospitals and fire departments.

They’ll also help Nevada retain its U.S. House of Representatives seats and play a role in updating boundaries for congressional and state legislative districts. The Census Bureau is scheduled to send redistricting counts to the states by the end of March 2021. New population counts should be released by the end of 2020, and additional census data will be released starting in spring 2021.

Additionally, some $675 billion in federal funding for states is tied to census results. In Nevada, every person included in the decennial headcount will earn the state another estimated $1,600 for infrastructure projects, Medicaid and other government programs.

Because the census is conducted once a decade, an inaccurate count can have long-lasting effects.

“If people don’t respond, their community is going to miss out on money for 10 years,” Slater said.

Talk to your neighbors

Combating rumors about the census is crucial to improving participation, Slater said.

Some people fear the information they submit could be used against them, but Slater said responses to the census are protected under federal law. Anyone who shares that information can face a fine of up to $250,000 and up to five years in prison.

“All census employees take an oath for life that we will not disseminate any personal information,” she said. “The only people who can see the answers are approved researchers.”

That means the Census Bureau cannot share individual records with anyone, including other government agencies and the police. Additionally, a question about citizenship status proposed by the Trump administration — which stoked unease among immigrants — will not appear on the 2020 Census.

However, Slater said, it’s important to keep an eye out for scams.

Census employees will never ask for Social Security numbers or banking or credit card information. Census takers should have an ID badge with their photo and a U.S. Department of Commerce watermark. Census takers only visit homes in person; they will never call or email you, Slater said.

Census invitations and questionnaires printed in both English and Spanish will be sent to homes in neighborhoods where large amounts of the population need Spanish-language assistance.

Census takers will carry cards with translated phrases in those same languages to help them communicate with residents as they travel door to door, and Slater said they will also carry detailed instructions in 12 non-English languages.

Residents and organizations interested in collaborating with the Census Bureau to ensure a complete count can call 213-314-6500 or go to Census.gov/partners/join.html.