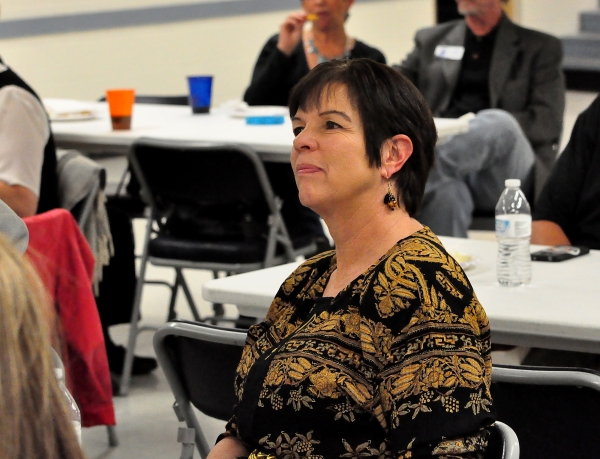 The Pahrump Valley Chamber of Commerce filled two seats on its nine-person board of directors during an election dinner mixer Wednesday.

Incumbent Sue Bai and former chamber CEO Salli Kerr were voted onto the board during the event held at the Bob Ruud Community Center.

Bai is the vice president and branch manager of Meadows Bank. She has served on the board as secretary for the past three years. She is also the president of the Pahrump Valley Lions Club, where she’s been a member for 22 years.

Kerr recently took over as executive director of Nevada Outreach Training Organization after serving as the chamber of commerce’s CEO for just over a year. Kerr said that she wanted to continue working with the chamber after her departure and her new position on the board of directors allows her to do just that.

There were seven candidates vying for the pair of seats on the board, for whom members of the chamber voted for the candidate they felt best suited the position.

The candidates that were not elected were Susan Holecheck, Michael Erwin, Doris Ahrens, Anthony Dodd and Douglas Dubin.