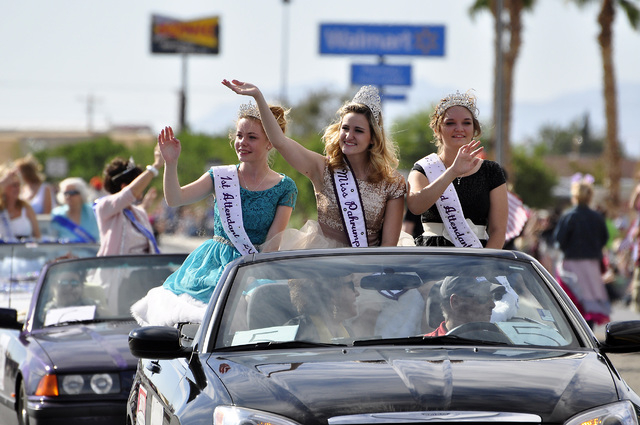 Everything is starting to fall into place for the next Fall Festival with five months to go.

Just weeks following the 2014 Pahrump Fall Festival, there were concerns about the future of the annual event when then Town Board Vice Chairman Bill Dolan questioned whether county officials would continue it once the town board form of government was dissolved.

A few months later in January, Pahrump Chamber of Commerce officials announced they would oversee all of the planning and logistics for the festival.

“We have had meetings with every Fall Festival committee involved,” she said. “We are really setting out not to change anything and we want to reassure people that we want to make the festival a great success for the community, without going in and changing it.”

Kerr said anyone interested in becoming a vendor this year should begin the process soon.

“The applications for vendors are on our website right now,” she said. “We are going through the planning process. People don’t know that you have to be working behind the scenes in April to get a parade for September. We expect this year to be another great festival.”

Kerr also said she’s working with the owners of the popular carnival portion of the festival, Davis Amusements.

“The year before last, there was some feedback about there not being enough kiddie rides,” she said. “But last year, they literally sat down and showed us the rides. Last year was a pretty good mix and I think we all need to remember that you can’t please everybody.”

Kerr said the chamber was not the first local agency approached by town officials to run the annual event.

In 2003, the town of Pahrump took over the Fall Festival after volunteers ran it for 38 years as the Harvest Festival.

“When the town first approached me, I asked them if they approached other agencies that might want to do this,” she said. “What I didn’t want to do was to step in and step on anyone’s toes because this is a community event. The town really never wanted to be in the festival business.”

After shopping the idea around to a few local agencies, Kerr said the planning and logistics were beyond their scope.

“We now feel confident that the chamber is a good place to bring that,” she said. “It wasn’t necessarily anything to do with the county at the time, but as that progressed, the county said they were very happy about that because they didn’t want the town running the festival.”

Kerr also noted that the chamber has a strong track record when it comes to organizing and coordinating various events within the community.

“We’re strong in working with vendors and we know how to do that,” Kerr said. “We know all of the paperwork and we’re thinking of bringing some of the entertainment scheduling back in here. My board members will do that part.”