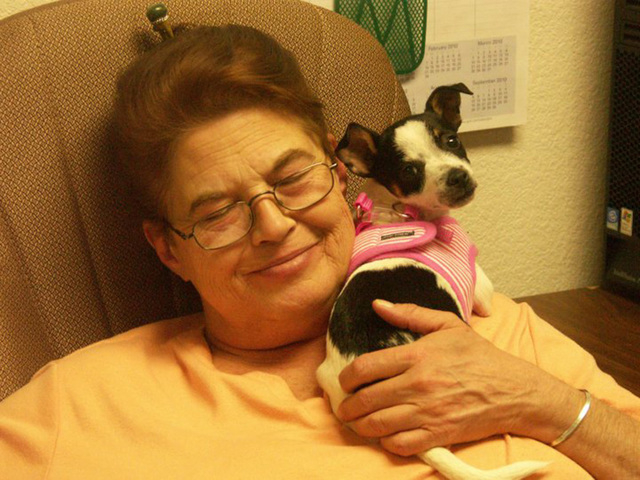 Charlene Dean, a mostly self-taught journalist who spent seven years at the Pahrump Valley Times becoming its Community Editor in 2012, died Wednesday in hospice care in Las Vegas. She was 58.

The cause was complications from cancer. She had beaten leukemia in the 1990s.

Dean had continued to work at the newspaper until mid-December, most notably overseeing Election Night coverage Nov. 4 while the editor was out of town. Her duties included editor of the Business page on Wednesday and the Community section on Fridays. She was also editor of the Tonopah Times-Bonanza &Goldfield News until early November.

Publisher Marie Wujek said she got to know Dean as an independent woman whose rural Virginia background helped her be fiercely independent and resourceful during her 13 years in Pahrump.

“I knew her abilities as she was a woman of the earth, so to speak,” Wujek said. “She could prepare a meal with a dozen eggs and a loaf of bread. She could take a small residence and make it comfortable and cozy and just overall a real nice place. She could hunt it, kill it, skin it, butcher it, can it and make a great meal out of it. She loved fine wine that came in a bottle not a box and sushi was her favorite meal.”

Charlene Marie Goode was born June 8, 1956 in Roanoke, Virginia, where she graduated from Patrick Henry High School. She stayed in town after graduation and studied English, journalism, accounting, business and engineering at Virginia Western Community College without taking a degree. However, she graduated from Lord Fairfax Community College in Middletown, Virginia, 165 miles away from Roanoke, with a degree in real estate.

Dean moved to the Pahrump Valley in November 2001 from Virginia, where she helped with a start-up magazine. After working three years in Amargosa as an advertising sales rep, distributor and contributing writer to a business publication, she joined the now defunct KHMP TV station print publication in February 2005. There she did many of the same duties as she did in Amargosa, and would do later at the Times.

Wujek said Dean brought a lot of community connections to the Times.

“Her knowledge of Pahrump and her previous experience in sales and reporting we felt would benefit us here,” Wujek said.

Dean was hired as a newsroon editorial assistant in August 2007, and was promoted to community editor in May 2012.

Wujek said Dean had a great talent for keeping Pahrump residents informed on events and stories around town.

“She was a no-nonsense type of person, believed in saying exactly what was on her mind, yet was loving, caring and generous to all who knew her.”

While the newspaper was where Dean earned a living and carved out a niche with the Community Section, her first love was animals, especially her dog, Li’l Bit.

Co-worker and friend Mary Ann Yorke said Dean was always looking out for animals around Pahrump.

Charlene was a devoted animal lover, always making sure there was bread and veggies out in the yard for the wildlife in the neighborhood,” Yorke said. “Her dog Li’l Bit had been an abandoned puppy dumped on the side of the road, found by a co-worker. She adopted the puppy and gave her a warm and loving home.”

Also known as a good cook, Dean would spend time in the kitchen as often as time allowed.

“She really loved watching cooking shows and trying new recipes,” Yorke said. “She was amazing in the kitchen.”

Dean’s interest in cooking expanded out to homeopathic medicine and herbal remedies.

Taking great pride in her work, she would fight for her ideas even if it meant sometimes not-so-pleasant confrontations.

“Although through the years we became friends, I remember her getting angry with me or someone else, giving me the finger, then throwing the other one up and saying ‘in stereo’ if she didn’t get the expected rise out of me or whomever irritated her,” Wujek said.

Despite those battles with friends and coworkers, Dean will be remembered for her ability to laugh.

“I will never forget her sense of humor or her knarly laugh,” Wujek said.

Yorke, who lived with Dean towards the end, said her friend “had a crazy sense of humor, and her infectious laugh will never be forgotten.”

She is survived by her mother in Virginia.