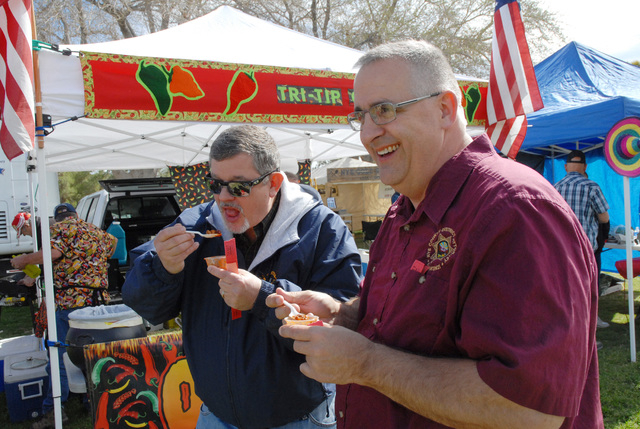 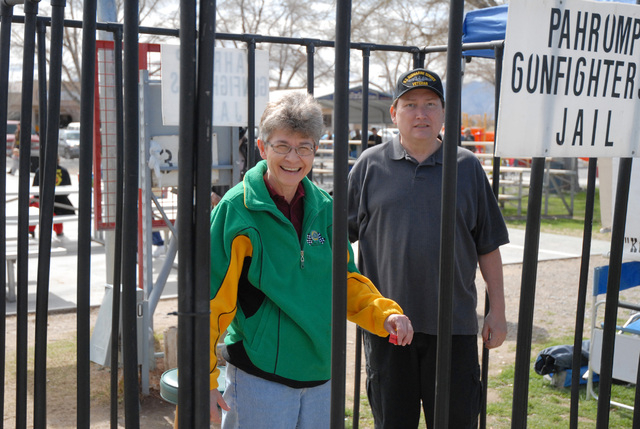 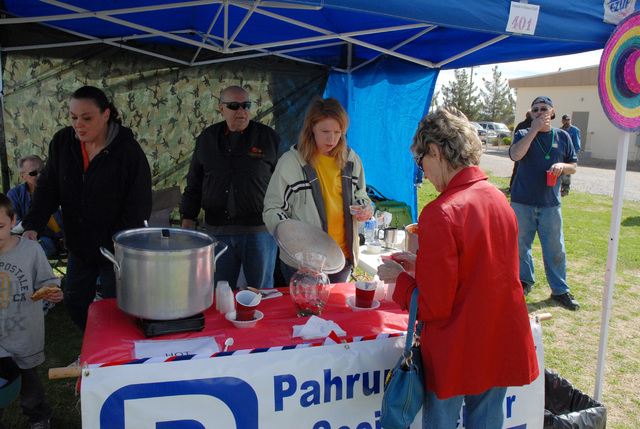 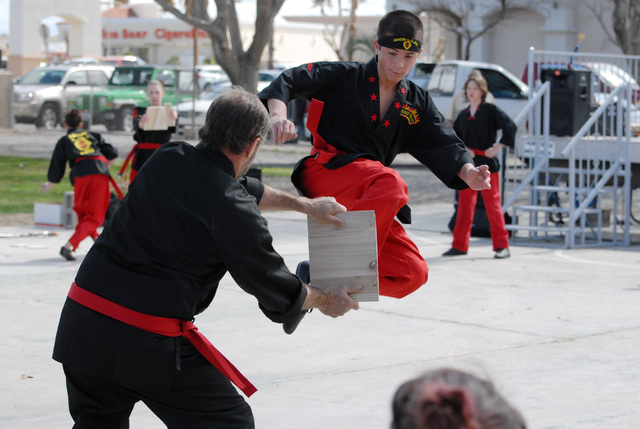 What makes a great bowl of chili?

Opinions vary but one thing rang true at this month’s Silver State Chili Cook-off competition at Petrack Park — chili tastes better with a side of competition.

The Silver State Chili Cook-off is a three-day fundraiser for the Nevada Outreach Training Organization/No To Abuse and the Nye County Child Advocacy Center.

“It was the biggest one we ever had. We had 22 International Chili Society cooks and eight local chefs. We took in over $10,000,” he said.

There were actually two chili competitions in three categories.

After purchasing tickets, attendees tasted the chili and voted for which creation they enjoyed most.

The center won first place in both the “People’s Choice” and the “Judges Choice” where a $100 cash prize was awarded along with a plaque and of course 365 days worth of bragging rights.

It should be noted that the center also won first place in the people’s choice category last year.

“Our cooks, Yolanda Briehof and Tiffany Lippitt, did a phenomenal job. The entire staff is so proud of what they accomplished this year and last. The seniors were also overjoyed by what they were able to do. I think it speaks volumes to what they both do day-in and day-out. We also want the community to know that first and foremost, the event was a fundraiser for a very important organization in town and we should not lose sight of that,” she said.

Frazier, meanwhile, noted that even though the cook-off was a light-hearted affair, the elements used in judging the competition were stringent and non-biased as none of the judges knew who made which chili; it was strictly a “blind tasting.”

“Not only did the senior center take people’s choice, they also took the judges choice and that indicates to me that they have some pretty good chili. They take the numbered chili samples and mix them all up. The judges are given instructions on what to look for and they are given beer or water to clean their palate. They taste each one with a clean spoon and they decide. If they need to go back, they will re-taste the ones they are not sure on until they know that they can make the right decision,” he said.

KNYE Station Owner Karen Jackson promoted the chili cook-off in the days leading up to the competition.

Jackson noted that both she and Frazier have maintained a friendly rivalry over their respective recipes over the past several years.

Interestingly, the pair tied for second place in the people’s choice category.

“I have a special recipe that includes three beans, three meats and chipotle. It’s got about 17 ingredients but those are the main three. I look forward to it every year and I do as much as I can to build this up to get people to come out. We also had some new events to go along with it like the car show and the Night with the Stars event was all part of it,” she said.

A complete list of winners from the Silver State Chili Cook-off competition can be found on the International Chili Society’s website at ics@chilicookoff.com.