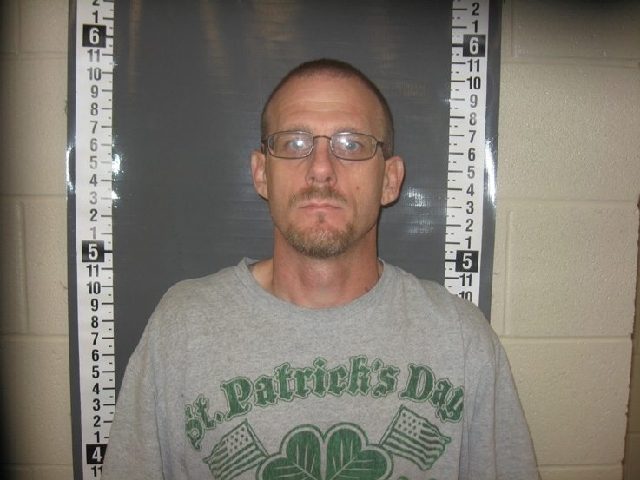 Police took one man into custody last week after an alleged “spice” lab was discovered in his home near the Calvada Eye.

A schedule one controlled substance analogue is defined by the Drug Enforcement Administration as “a substance which is intended for human consumption and is structurally or pharmacologically substantially similar to or is represented as being similar to a Schedule I or Schedule II substance and is not an approved medication in the United States.”

According to information from the Nye County Sheriff’s Office, on July 9, a package mailed to Elefante from a Chinese chemical company was intercepted by police. The package reportedly contained one kilogram, or a little over two pounds, of an analogue of JWH 018, a Schedule 1 controlled substance, and one kilogram of an analogue of AM2201, a Schedule 1 controlled substance.

The two products, known as synthetic cannabinoids, are commonly used to manufacture the drug known as spice.

The NCSO Scorpion Task Force subsequently applied for a search warrant for Elefante’s home to search for any further illicit substances.

The warrant was granted and during their search, deputies reportedly found several spice cigarettes in the home that Elefante had allegedly been smoking as well as other drug paraphernalia.

Officers further reported finding a large amount of packaging items as well as shipping boxes, mailing labels, envelopes and receipts for items shipped to addresses all over the U.S. and Canada inside a closet in the master bedroom.

Officers also said they discovered a gas mask and rubber gloves with the packaging items as well.

Also located inside the closet was a large safe that allegedly contained numerous packages indicating they had been shipped to the address from Chinese chemical companies.

One of the packages was unopened and when police looked inside, they reportedly discovered an order of chemicals believed to be more of the synthetic cannabinoids.

The safe also allegedly contained five different packages of chemical compounds, many of which were labeled as analogues of a Schedule 1 controlled substance.

In all the chemicals found inside the safe weighed more than one kilogram.

As deputies continued searching the master bedroom, they discovered another bag of chemicals that appeared to be packaged for shipment and an envelope containing more chemicals near a computer desk in the room. Together the two packages weighed several ounces.

In addition to those materials, police also allegedly found several packages of minced plant material, labeled as different substances, which weighed approximately one half pound.

Additionally two large cans of acetone were located in the residence’s garage and Elefante’s car.

Based on the totality of the items located at the residence, police believed they had discovered a spice lab, which Elefante was allegedly using to make sales of the illegal substance through the mail.

Elefante was subsequently arrested and transported to the Nye County Detention Center to be booked into custody on charges related to the operation.

A dog on scene was also reportedly taken into custody by Nye County Animal Control for safekeeping at the time of Elefante’s arrest.

Elefante was originally held at the jail in lieu of $105,000 before he was released on his own recognizance by Justice of the Peace Ron Kent earlier this week.

The Scorpion Task Force is continuing to investigate this case and asks that anyone with any information on the suspect or the case please contact the sheriff’s office by calling 775-751-7000.