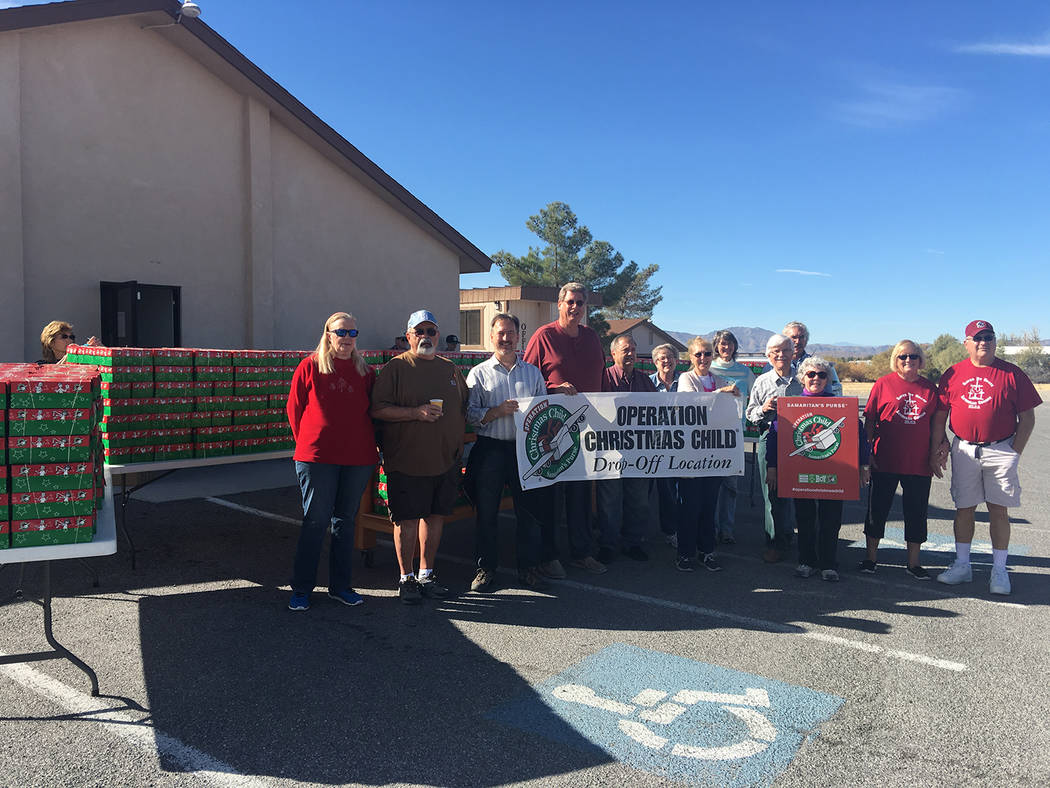 Special to the Pahrump Valley Times Pictured at Grace Lutheran Church, volunteers of Pahrump’s Operation Christmas Child, and the non-denominational organization Samaritan’s Purse, collected and distributed more than 2,000 shoe boxes filled with much-needed supplies for the less fortunate around the world, once again this holiday season.

More than 2,200 shoeboxes brimming with items of necessity is what officials from Operation Christmas Child and the non-denominational organization Samaritan’s Purse, collected and distributed this holiday season.

According to its website, Samaritan’s Purse has for decades helped to meet the needs of families and individuals by annually providing spiritual and physical aid to people around the world.

“We are honored to join the nationwide effort to collect gift-filled shoeboxes for children who have never experienced the true meaning of Christmas said Regional Director Nathan Bates. “Though these are simple gifts and a message of hope, children learn that God loves them and has not forgotten them.”

Grabley, meanwhile, said more than 900 of the total 2,237 shoeboxes were packed at Trinity Assembly of God this year alone.

“In addition to the churches who participated last year, the new churches this year are, Calvary Chapel, Heritage Bible Church, New Hope Fellowship, and St. Martin’s Episcopal Church,” she said. “Employees from Pahrump Valley Auto Plaza also packed shoeboxes for the first time this year. We also had a local dentist’s office participating this year. We see this program as being a ‘Missionary in a Box.’”

Since 1970, Samaritan’s Purse has helped to make a positive difference in the lives of those in need.