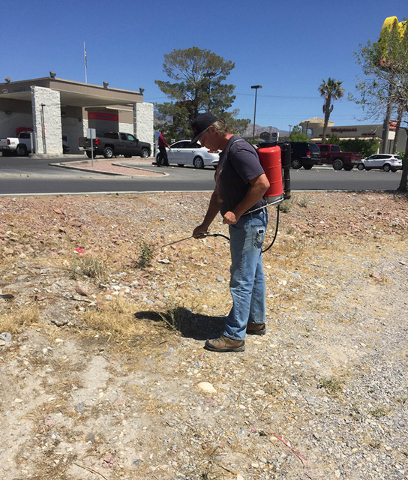 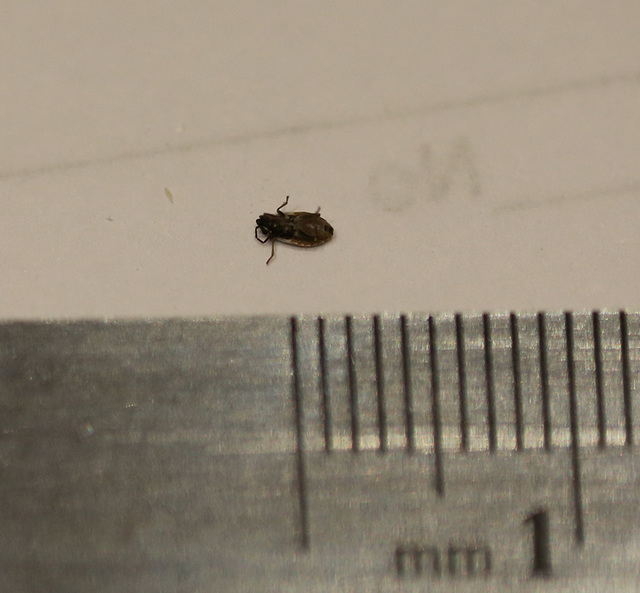 If you look outside and think your garden or lawn is moving, you might not be imagining things, as a bug infestation is taking place in town.

The tiny cinch bug has invaded the valley, with some homes seeing thousands of the little critters roaming around their yards.

The pest are around one-fifth of an inch long with black bodies and white wings folded across their backs. It takes cinch bugs a month to six weeks to mature, starting out yellow, eventually turning into a red color as they grow, with a white stripe running across their bodies.

Depending on how many are in a particular lawn, it may be tough to spot the bug, but with the size of the infestation it is hard for area residents not to see the herd of cinch bugs occupying their area.

“What they are is a small, juice-sucking insect that sucks juice out of plants out here,” said Jeff Wilson, owner of Arid Pest Control. “We usually get a little bit of them every spring, but nobody notices them because their numbers are usually small.

“As the El Nino cycle has run through, it gets really bad. Their eggs are out here by the trillions. When the conditions are right, they hatch en masse and that’s what we’re seeing right now.”

Wilson explained that the cinch bug’s primary food source in the valley are mustard weeds, which along with the insects, saw a boom after the rainier-than-usual winter and spring months.

Scott Stauffer, pest control technician with Bear’s Pest Control, said that the bugs also feast on wild wheatgrass that has grown in abundance with the extra precipitation in the area.

With the weather phenomenon taking place every several years, this is not the first time the valley has seen the cinch bugs run amok in the valley, but it is one of the largest infestations in some time.

“We go through this cycle once every six or seven years, whenever the El Nino hits,” Wilson said. “This is the fourth one I’ve seen and this one is among the worst, though. The last two have been real mild, this time we got a pretty good El Nino system and we’ve gotten a lot of rain.”

Stauffer agrees with Wilson, saying he sees the pint-sized critters every year, but he hasn’t hasn’t seen a turnout like this year’s in almost 15 years.

“This is the worst occurrence I’ve seen since 2002,” Stauffer said. “We get them every year, but it’s so bad this year because of the climate we’ve had. All of my customers on my regular route have them, so I’ve got to fight them off.”

Although the best way to avoid a cinch bug invasion is to take precautionary steps ahead of time, with the majority of the valley caught off guard, there is little residents can do, according to Wilson.

“The best thing a homeowner can do is to get out there and mow these weeds completely down and get them raked away from your house,” he said. “Technically, this should have been done a month ago. Now even though you might get rid of the weeds, the bugs are still going to be there.

“Really about the only thing you can do is power spray for them, but even that is not going to kill them all. It’s going to be an issue regardless of what you do. The numbers are just biblical.”

Stauffer also recommends that residents turn on their air conditioners and keep their doors and windows shut if they have cinch bugs in their lawns, to prevent them from entering a residence.

With that in mind, Pahrump residents will have to ride out the infestation until the cinch bugs’ food source begins to whittle away.

“This usually goes on until about July or August,” Wilson said. “The weeds will dry out and their food source stops. At that point it’s hot and the breeding cycle is over at that point.”