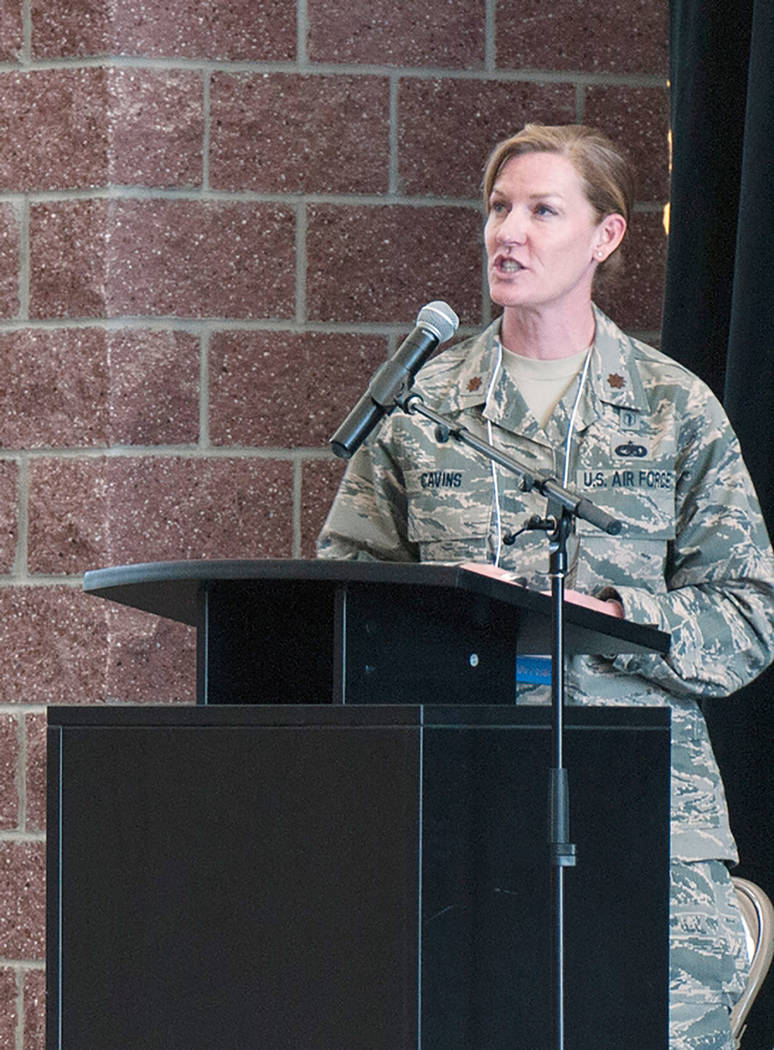 The presentation on unique mobile laboratory capabilities was one of several presentations during the two-day conference this spring entitled “Chemistry Inside and Outside the Classroom.”

The group, headquartered in Carson City, is the first military responder at apparent chemical, biological, radiological, and nuclear incidents.

The team supports local incident commanders and emergency responders as well as state and federal agencies including the FBI, the Environmental Protection Agency, the U.S. Secret Service and the Department of Homeland Security.

“Everybody knows about the CST and it’s capabilities in the military, but not to a great extent,” Cavins said. “It’s one of the best-kept secrets in the military. Nevada is our home and we get to protect it.”

One of the biggest reactions from those in attendance came when Cavins described the scene of an incident the group recently reported to in rural eastern Nevada.

When the team members arrived, they tested every bit of evidence in sight, including one pound of red phosphorus and 15 pounds of mercury and methamphetamine.

“This house had a little bit of everything. We even tested one substance that turned out to be very, very old peanut butter. That was strange,” Cavins said as the audience laughed.