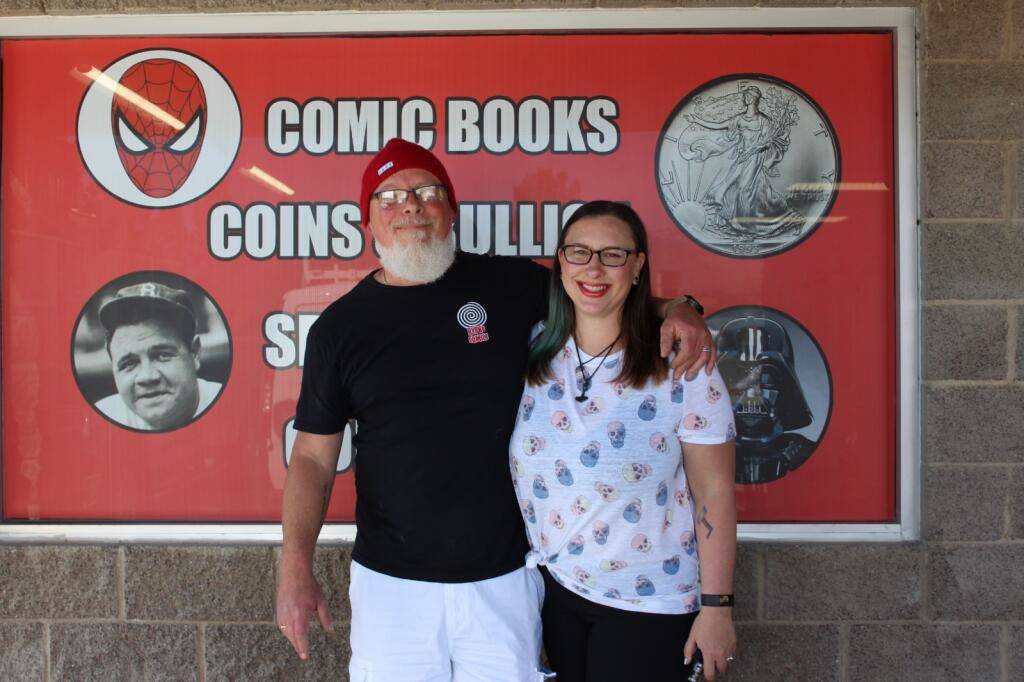 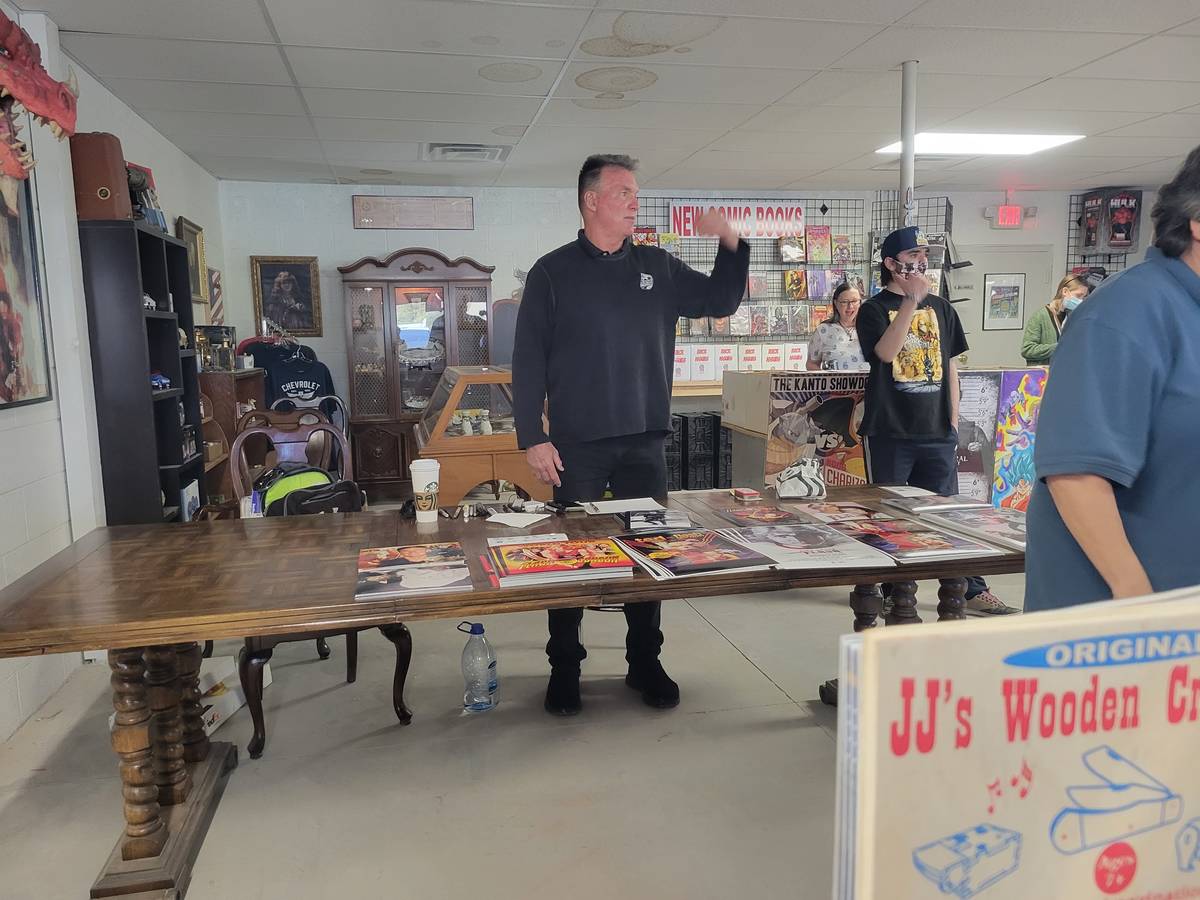 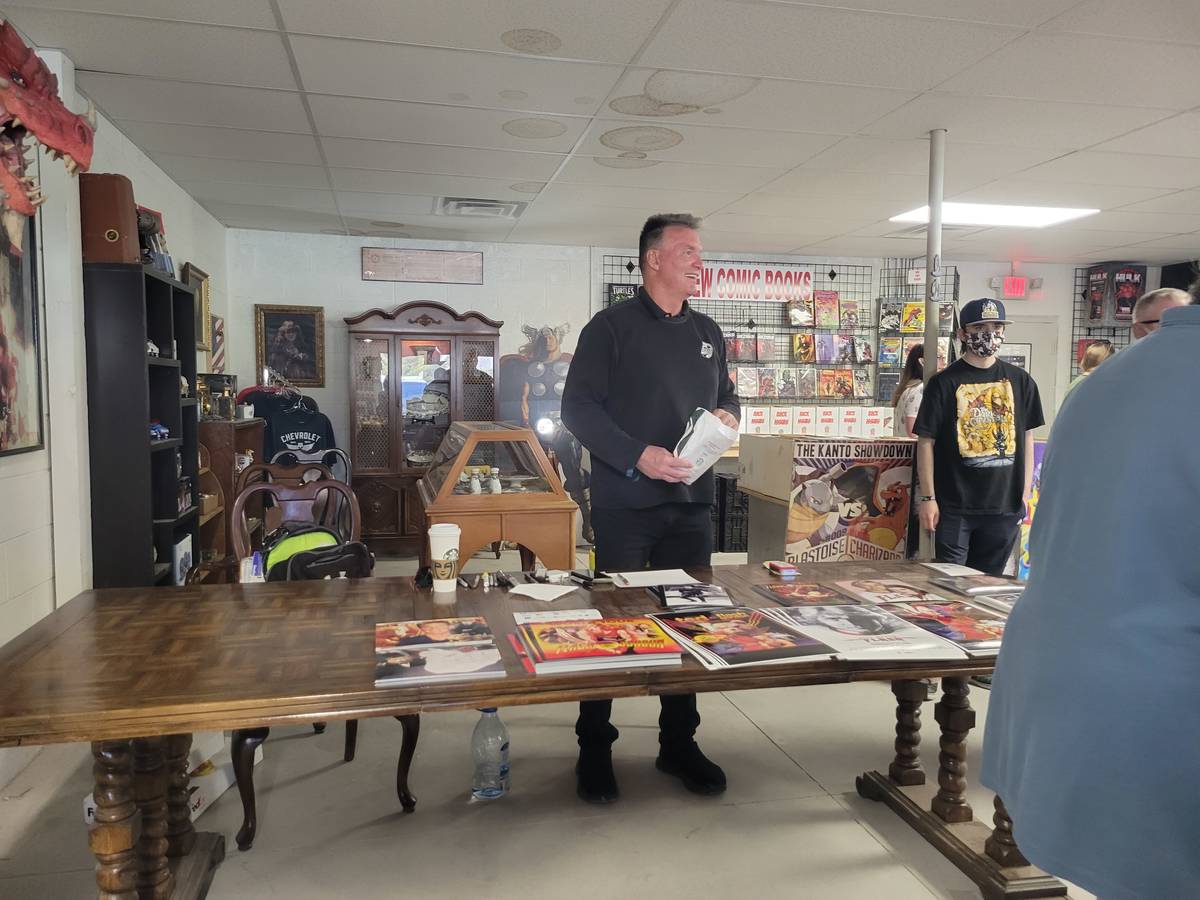 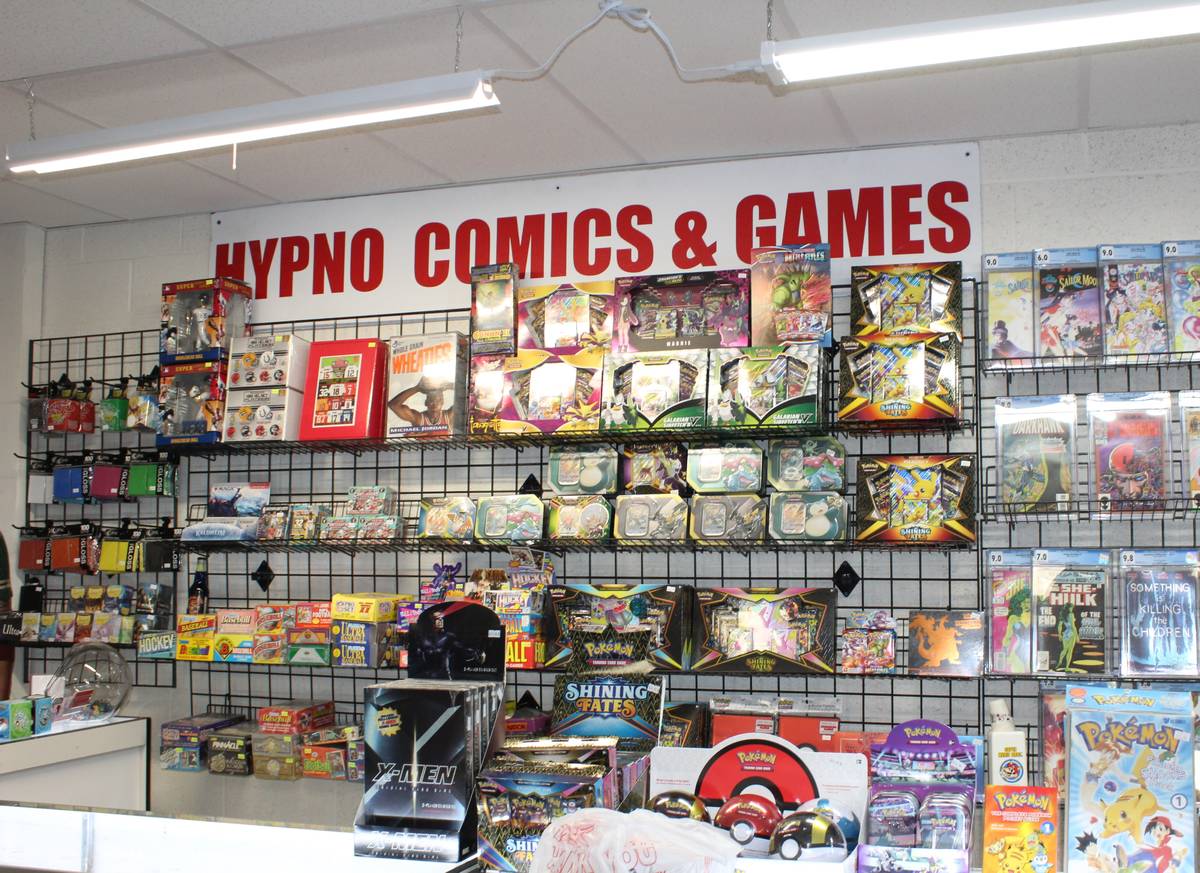 Alyssa Greenway/Special to the Pahrump Valley Times The new location of Hypno Comics at 720 East St. has even more room for comics, games and lots of other collectibles.

Hypno Comics had its grand reopening at the end of March, where the Pahrump store kicked off with $1 comics and a taco truck. In addition, the shop invited longtime celebrity Sam Jones, known for his role as the 80’s comic character “Flash Gordon.”

Locals and others lined up at Hypno’s new 720 East St. location on Saturday. That line stretched from inside the shop and out to the street to see Jones, who was inside signing autographs.

Though he was primarily known as Flash Gordon, Jones made appearances in “Stargate”, “Ted” and “Ted 2”, and the TV series “Highwayman”.

With its new location, Hypno is expecting to have more traffic coming through, as its new shop location sits right in front of the library. The shop is also planning to increase events, since the store is much bigger than their previous location on Frontage Road.

The owner of Hypno Comics, George Chase, stated, “We’ll be adding Pokemon League, Tabletop Game Night, Dungeons and Dragons, and other special events.” They now have four times the space they had before.

Although many small businesses have experienced a large negative impact due to COVID-19, Chase added, “We had our struggles, like most small businesses, but we are hanging in there, getting resourceful and creative.”

Hypno is hoping to gain more customers with the recent move.

Sam Jones was not the first celebrity to visit Hypno Comics shop, they have also had appearances of Legendary Iron Man artist Bob Layton, John Bernthal, the New Punisher, Chuck Palahniuk, and many more.

Where Sam Jones is now

Jones does many signings, generally at Comic-Con and in comic stores, although he doesn’t pursue acting anymore. Jones opened his own security firm, known as Inner Cordon Inc. He provides protection for those who are generally well-known and powerful coming and going from Mexico.

He has even provided service for special training to the Tijuana law enforcement after Baja California was undergoing a siege. Officers were getting killed daily until he stepped in to help the people.

They hope that with the special appearance of actor Sam Jones, it will promote their business and bring in more people.

They will continue to have special deals and sales as they did in their previous location, and hope that more traffic will come piling in.

For more information you can go to https://m.facebook.com/HypnoComics/