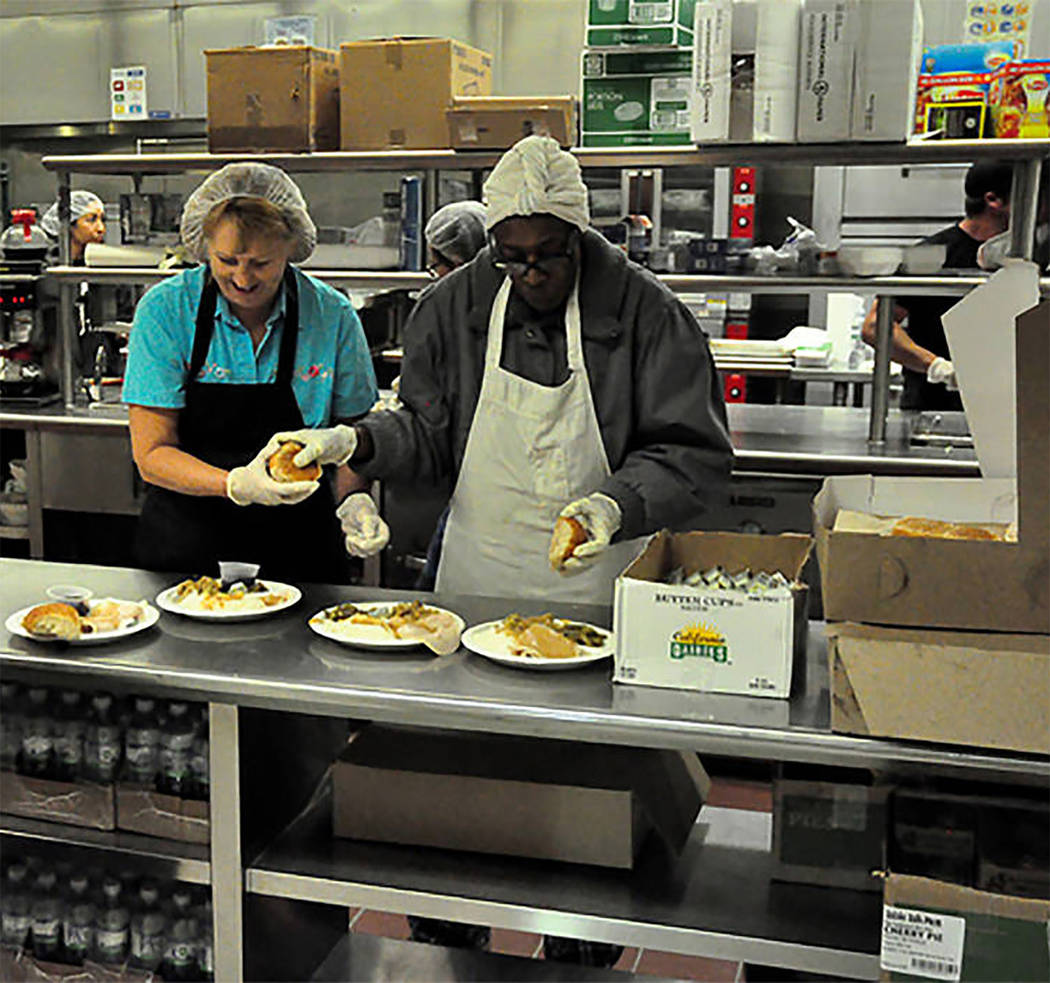 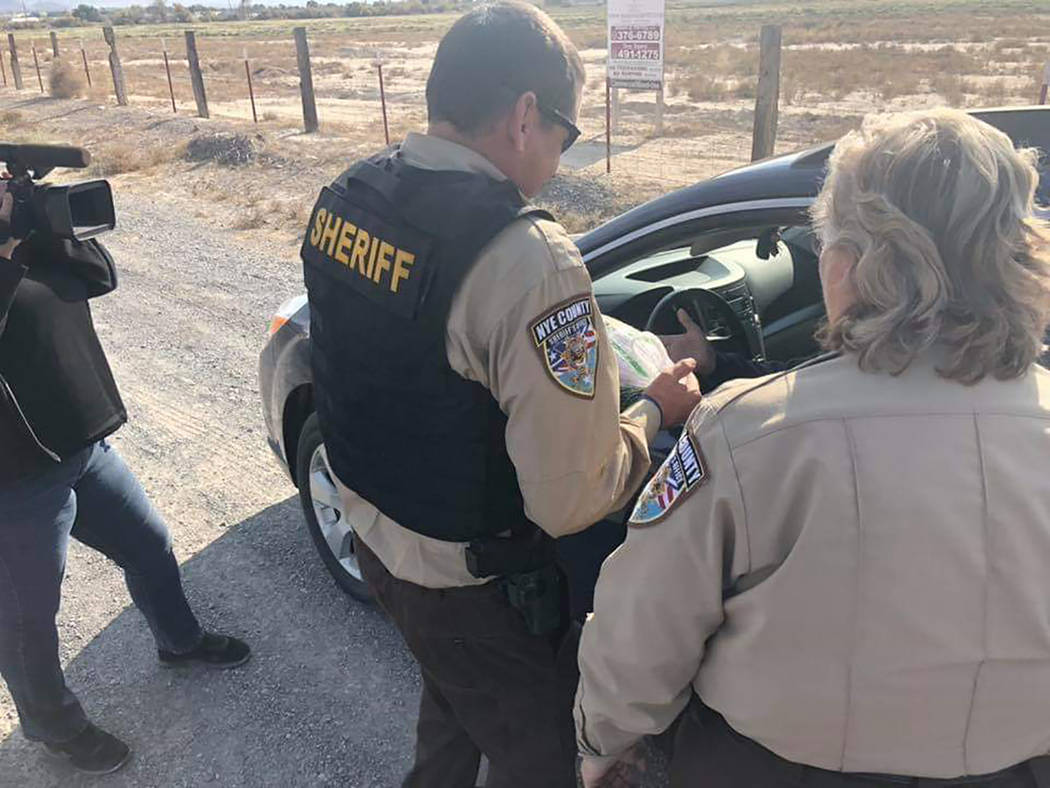 Ryan Muccio/Special to the Pahrump Valley Times Also in the holiday spirit is the Nye County Sheriff’s Office with its “Turkey or Ticket,” campaign. Rather than getting a traffic citation, the drivers are receiving a free Thanksgiving holiday turkey.

The only change regarding the annual free community Thanksgiving Dinner this year is the time.

Organizer Linda Wright said dinner will be served from 11 a.m. to 2 p.m., rather than noon to 3 p.m.

For more than 10 years, the NyE Communities Coalition Holiday Task Force has fed hundreds of local residents at the coalition’s activities center, according to Linda Wright, co-chair of the task force.

The coalition campus is located at 1020 E. Wilson Road, directly across from the Nye County School District complex.

“Not much has changed, so everything is pretty much the same compared to years past,” she said. “We’re going to have the same Thanksgiving meal, which includes, of course, turkey, mashed potatoes and all of the trimmings. We are hoping to get maybe 750 to 800 people. That’s what we are planning on.”

As far as preparing the meal, Wright said the coalition has once again teamed up with staff of the Pahrump Senior Center, who volunteer their time on Thanksgiving Day.

“They are doing all of the cooking and this effort would be almost impossible without the help of the many volunteers that we have,” she said. “Anyone who wants to volunteer can just give me a call. Anyone who would care to make a monetary donation can drop it off at the coalition campus. They should earmark it for the Holiday Task Force Community Dinner. The Coalition has been putting on this community Thanksgiving dinner for over 10 years.”

Thanksgiving dinner aside, Wright said those in need can also take advantage of the gift of warmth for the holiday season.

“The holiday task force has been gathering the blankets and jackets for anyone who needs them,” she said. “We also got blankets from the Disabled American Veterans organization.”

Also in the holiday spirit is the Nye County Sheriff’s Office with its “Turkey or Ticket,” campaign where Sheriff Sharon Wehrly and deputies are pulling over area driver for minor infractions. Rather than getting a traffic citation, the drivers are receiving a free Thanksgiving holiday turkey.