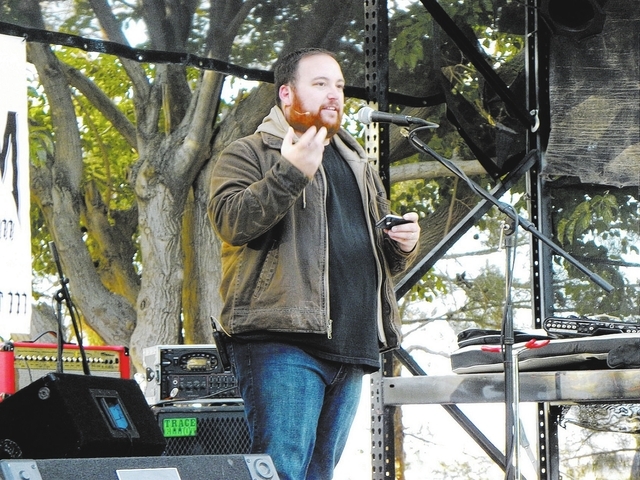 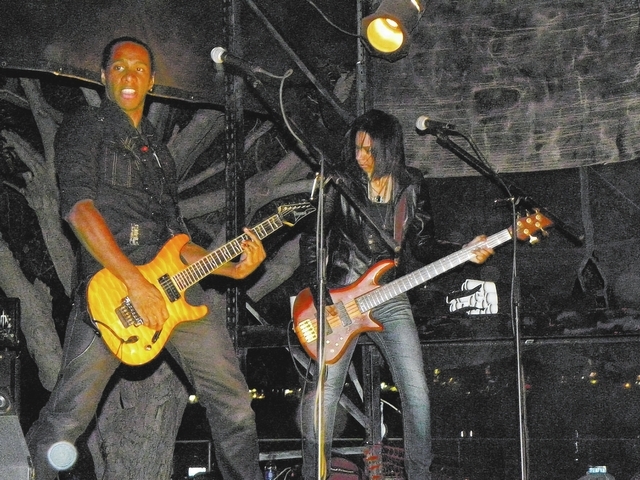 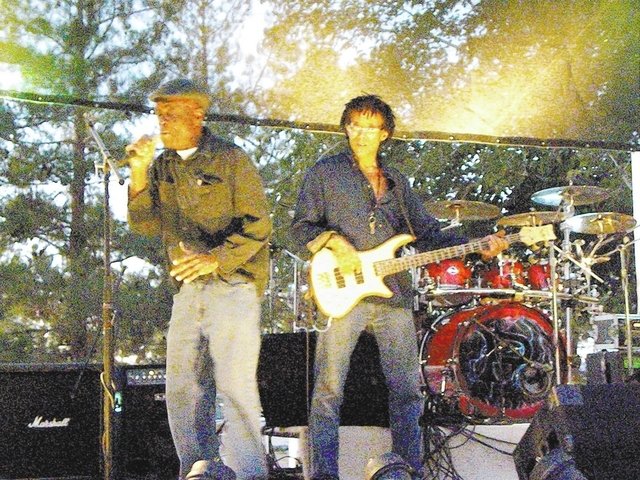 The five-hour benefit concert, featuring four bands from Nevada and California including In the Midst, Par~A~Digm, No Fear in Love and Stan Rankin T, drew a crowd of approximately 375 people to Ian Deutch Memorial Park Saturday to raise awareness and funds for the Nye County School District’s Homeless Children and At-Risk Children in Need Fund and Food for Thought.

“It went well,” said Jim Scott, Fidelis Christian Church pastor and Rock-4-A-Cause organizer. “Our goal was to exceed what we made last year and we actually met it. Even though it was only $100 more that’s still awesome.”

The event itself was able to raise $1,600 through the raffle prizes and games, but that amount went up to $2,100 after someone reportedly dropped off a $500 check toward the end of the concert.

“That person didn’t know that we were at $1,600, and it helped us meet our goal of exceeding what we made last year. That was great,” Scott said.

The money made at the event will go to the school district and Food for Thought to help them in their quest to remove any educational barriers disadvantaged children might face while trying to get an education in Nye County.

While the school district is able to meet that goal by providing school supplies, transportation, free and reduced cost breakfast and lunch through a Federal grant known as the McKinney-Vento Homeless Education Assistance Act, they are also able to help children living in transitional or inadequate housing by providing clothing, toiletries and other items through donations from the community.

Food for Thought works to aid that mission as well by providing backpacks full of food to children in need for weekends and holiday breaks.

As of Oct. 30, 217 children had been identified as “homeless,” in the school district and Food for Thought Founder Shannon Moore said approximately 325 children had qualified for assistance through her backpack program.

And both organizations say those numbers are expected to grow as the school year continues.

Moore said she is thankful for the help Fidelis Christian Church has been able to provide Food for Thought through the Rock-4-A-Cause event.

“This is just amazing and so well organized, they put everything into it. They have goody bags and games for the kids. It’s very impressive and I love that it’s community oriented and it gets us out there in the community so people see us and we have a presence and that’s really good. I’m so thankful that we are recipients. I’m really grateful for that,” she said.

Last year the concert was able to raise $2,000 and give $1,000 each to the school district and Food for Thought. Moore said with that money her program was able to buy 500 breakfasts for children in the community.

Although Scott said the church was happy to help raise money to help these two organizations; they want to go beyond just handing them money in the future. The pastor said Fidelis plans to work with the school district and other local groups to identify the root cause of why children are living in transitional or inadequate housing and then work to find a solution to the problem.

“We want people to know we aren’t just doing this and it’s over, behind the scenes we are meeting formally and trying to really work on this issue. Part of our mission is to create Pahrump’s first Christian counseling center that also helps foster parents, foster children, to help with adoption and things like that. It’s a vision that’s in the making, everything’s moving forward and it’s great, just is just another step in that plan,” he said. “Honestly it would be great if one day we could go OK Rock-4-A-Cause is done, it’s over because this problem is done.”

Scott said Fidelis plans to host Rock-4-A-Cause again next year, and are thinking about holding a similar event next summer as well to raise even more awareness of this issue.

For those who didn’t have a chance to make it to the concert, but would still like to donate to the church’s cause, Scott said they will continue to accept donation through their website at http://fidelischristianchurch.com.

For more information on homeless and in transition children or how to help, those interested can also contact Linda Fitzgibbons, NCSD District Homeless Liaison, by calling 775-727-1875.