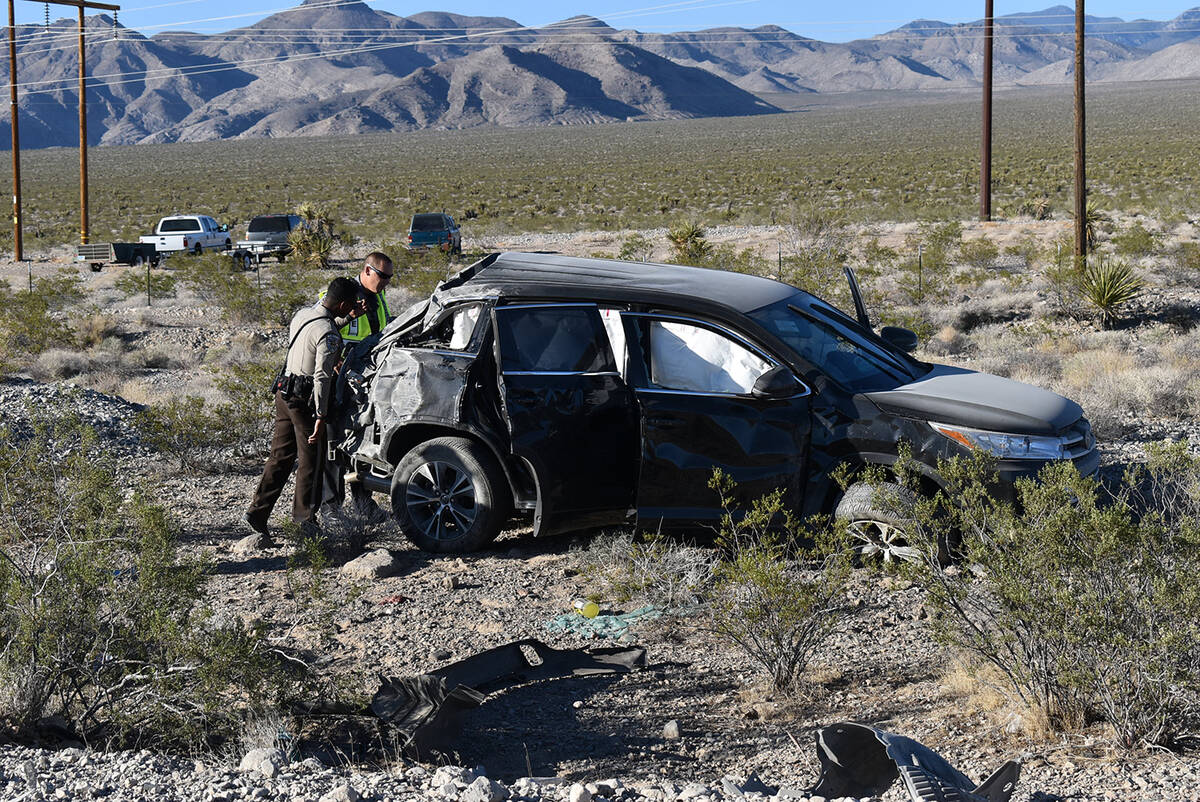 Special to the Pahrump Valley Times A Nye County Sheriff's Office deputy and an NHP Trooper examine the impact of a vehicle that was rear-ended during a fatal crash along Highway 160 on Sunday Sept. 5. A 5-year-old child identified as Giovanna Duran was killed in the crash, where several other individuals were hospitalized with serious injuries, according to Pahrump Fire Chief Scott Lewis.

The Clark County Coroner has released the name of the child who died following a two-vehicle crash along Highway 160 on Sunday, Sept. 5.

The office identified Giovanna Duran, age 5, as the child who lost her life following the collision near Pahrump.

Her death was determined to be an accident, according to the coroner.

Nevada Highway Patrol noted that one vehicle rear-ended the vehicle Duran was riding in, causing the car to veer onto the dirt shoulder, where it rolled over in the desert.

Pahrump Valley Fire and Rescue Services Chief Scott Lewis said crews were dispatched for a mutual aid assignment on the Clark County side of the highway at approximately mile marker 43 just after 4 p.m., near Trout Canyon.

Emergency dispatchers noted that there was a possible passenger ejection from at least one of the vehicles.

“Crews arrived to find multiple patients, including a patient that did not survive the initial injuries,” Lewis said. “The on-duty captain who established command, declared the incident under our mass casualty incident protocols. We started two medical helicopters and multiple ambulances within Pahrump Valley Fire and Rescue.”

Lewis also noted that all patients were transported to the appropriate facilities, depending on their injuries, following a triage system established at the scene.

“There were critical injuries sustained by others in that accident as well, and the incident is under investigation by NHP,” Lewis said.

The Nevada Highway Patrol has not indicated whether impairment may have been a factor related to the fatal crash.