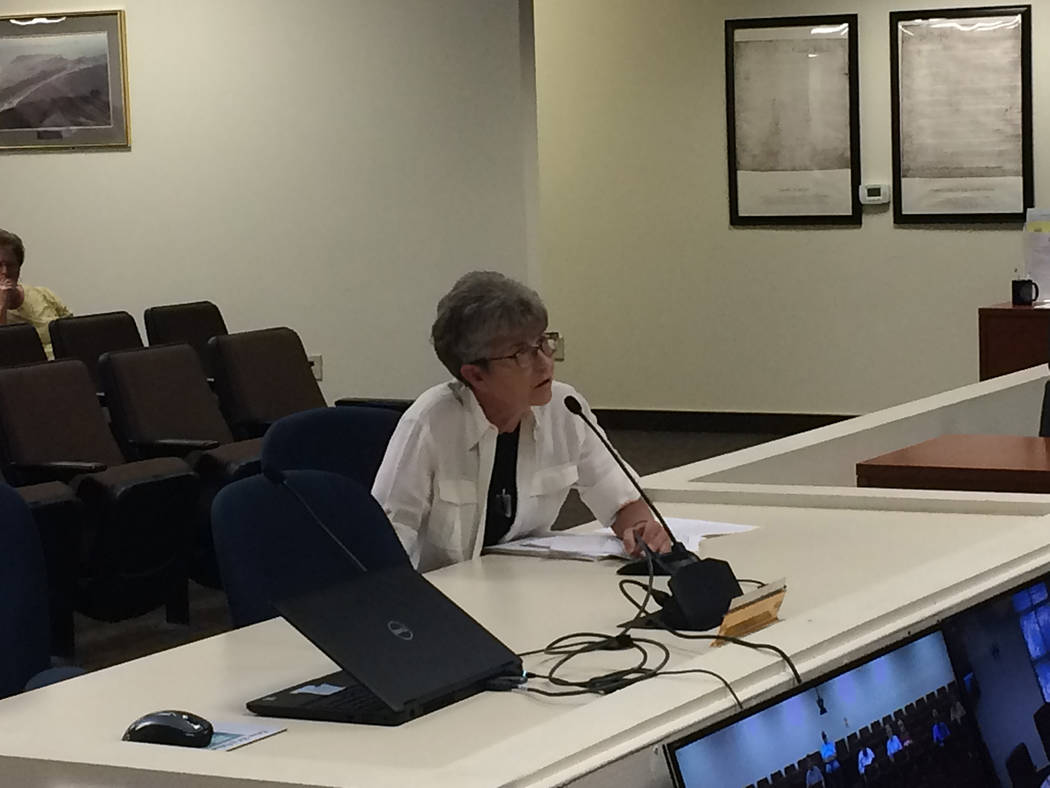 The Fifth Judicial District Court is in need of a brand new case management system and the Nye County Commission will have to fork out the cash to pay for it, due to a state mandate that the county provide funding for the District Court’s needs.

During a special Nye County Commission meeting held June 27, Fifth Judicial District Court Judge Kimberly Wanker spoke on behalf of the case management item. She explained to commissioners that without the purchase, the District Court would no longer have a functioning system by the end of 2019.

The new system, titled Benchmark and furnished by Pioneer Technology Group LLC, will cost approximately $400,000 and the financial side of the item caused contention between Wanker and the commission. There was also some disagreement as to whether the county should be a signatory on the case management system contract, with Wanker declaring that the county had no authority to enter into a contract on behalf of the court.

Nye County Commissioner Dan Schinhofen started the item off with a motion to approve with the county as a signatory, contingent on the District Court funding 10 percent of the total cost from its own District Court Improvement Fund.

Wanker, however, was not having that and immediately jumped in to state, “The law is very clear. You have a mandate that you fund the District Court. So if you are going to vote on a contract today, you are making an error as a matter of law. We come to you and we ask you for money… We ask you for the funds, not to approve the contract… So you may want to consider your motion because you will violate the separation of powers doctrine by entering into a contract and taking the money from the court.”

Schinhofen did not seem perturbed, though, responding that the county had already had a discussion on the point of signatory and he was comfortable with the motion as stated.

Wanker pushed back, reiterating that she did not believe the county was allowed to enter into a contract for the District Court. She cited the fact that several other contracts the District Court has are not signed by the county and therefore, she did not understand why the county would expect to be a signatory on the Benchmark contract. In addition, Wanker stated that the District Court currently utilizes the Nye County clerk as the court clerk and if the new system was not purchased, the tedious work of required statistical reporting would fall to the clerk’s office.

Schinhofen did not budge. “Nobody is saying this is not necessary. The motion was to do this. It’s a lot of money, of course. It needs to be done,” Schinhofen said. “It seems to be the contentious point is, we are asking you to kick in about 10 percent of this… All we are asking is that you give us 10 percent of the money and it doesn’t seem unreasonable. My motion stands.”

When it came to a vote, however, the commission was deadlocked 2-2 with commissioners Schinhofen and John Koenig in favor, Butch Borasky and Donna Cox against and Lorinda Wichman absent.

Following several more intense minutes of debate, Schinhofen eventually conceded enough to put forward a new motion, removing the contingency that the District Court provide 10 percent of the price. This assuaged Wanker to the point that she was prepared to let go of her other argument, that the county could not enter into the contract on behalf of the court. When the motion to approve the contract with the county as a signatory and the entire $400,000 to be funded by the county was called for a vote, it passed 4-0.

Wanker also explained that though the total cost estimate came to $400,000 that amount would be spread out over more than one fiscal year. “It won’t all be in the same fiscal year,” she detailed. “There are three components to the contract. There is a license agreement, there is the implementation portion and there is the maintenance agreement.

The license agreement is $50,000. When we sign the contract, we have to provide 30 percent of that. Then as they work on the implementation of this case management system, we will be billed monthly. And finally, when the system is all up and running, we will be obligated on the maintenance portion. Now we have set this up so that we think the maintenance system will be self-funding.”