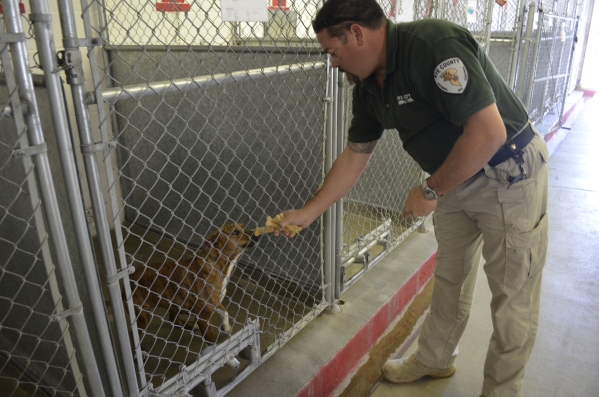 The Nye County Animal Shelter will be open for the next three months thanks to incoming money from the county’s contingency fund.

County commissioners on Tuesday unanimously approved giving the Nye County Animal Shelter $7,660 out of contingency money. The amount will be split unevenly between the temporary kennel assistant and the cost of food and supplies, $5,360 and $2,300 respectively for the next three months.

In September, Nye County commissioners approved $7,588 to man the shelter that had been closed to the public for the last several months but is still receiving animals that animal control officers are bringing in.

In the meantime, the Nye County Animal Advisory Committee has been working on identifying funding options for the shelter. Recently, members of the committee worked out a list of recommendations for Nye County commissioners that specified several short and long-term funding options.

Some of the propositions included asking the towns of Nye County to share the cost of maintaining animals in the shelter that are awaiting disposition by the courts, parcel assessments and taxes.

Commissioner Frank Carbone said the contingency fund will have $64,000 left after the disbursement.

On Jan. 19, 2016, commissioners will have a public hearing on a Nye County bill that proposes to amend Title 6 of Nye County Code by removing several chapters such as multi-pet permits, commercial kennel permits, animals running at large, release of impounded animals, impoundment of animals for protective custody, cruelty to animals, requirements for possession of a dangerous dog and registration of a dangerous dog.

Twenty-three ordinances were spared in August when officials opted to keep the troubled shelter open and decided to try to identify the funding source for the organization.