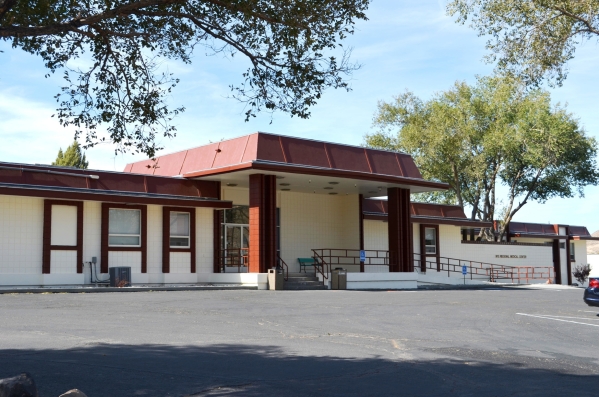 TONOPAH – Nye Regional Medical Center will get $500,000 more from Nye County after the board of commissioners voted July 21 to increase the long-term revolving loan for a total of $2.5 million.

Prime Care Nevada Inc., parent of Nye Regional Medical Center, requested the additional amount to assure continued provision of services by physicians, suppliers and employees through August 2015, according to the document presented to Nye County Commissioners on Tuesday.

The amended loan will buy another month for the troubled hospital that is struggling to make a payroll after it had emerged from bankruptcy, with the debt exceeding $1 million. In the interim, Prime Care Nevada Inc. is trying to determine the best collection path, said Nye County Manager Pam Webster.

The initial review that was intended to liquidate the receivables and sell them was not successful, Webster said.

“And so, what we are looking at now is actually going through the collection process ourselves instead of selling them to a collection agency for a flat fee,” she said.

Tonopah Town Manager James Eason said so far there wasn’t much progress on the collection process and the hospital is seeking other alternatives.

“We have sent it out to different entities to review, they aren’t willing to touch it right now, we are exploring other options,” he said during the meeting. “I think the plague of a bankruptcy we are still in is making people very shy of really wanting to take on giving us a hard number of what we can recover out of it.”

Attorney Talitha Gray Kozlowski of Las Vegas-based law firm Garman Turner Gordon, who represents the county in the Nye Regional Medical Center bankruptcy case, said in addition to the hospital district funds being available to repay the loan, the entire loan obligation now will be secured by the collateral that puts the county in a better position than it was in.

“What is important and may not have been entirely clear in the documents, is that in this instance, the county will receive all of the interest in all of the Prime Care assets, so it will receive secure interest and all of the equipment, all of the personal property as accounts receivable or about $2.5 million,” she said.

Commissioner Dan Schinhofen said the loaned money will eventually come back even if the hospital fails.

“As long as there’s people living there and paying taxes, there will be money in that pot,” Schinhofen said. “If the hospital fails and the money we loan to the hospital fails, we keep that in place, we will always get our money back, eventually, we will get our money back. So, the hospital could fail, but in this instance, we have given them about a half a year, I would like to see us continue this and by the end of this year, if nothing is changed dramatically, I wouldn’t support any further loans.”

While the loaned money will help to keep the hospital afloat for another month, Webster said officials could potentially transfer operations to another organization.

“The advance that we are giving right now is intended to get through the period what we are in discussions with this other entity to determine what their interest in ultimate involvement in taking over the operations,” she said.

The county is in the process of establishing a hospital tax district to help the financially struggling institution.