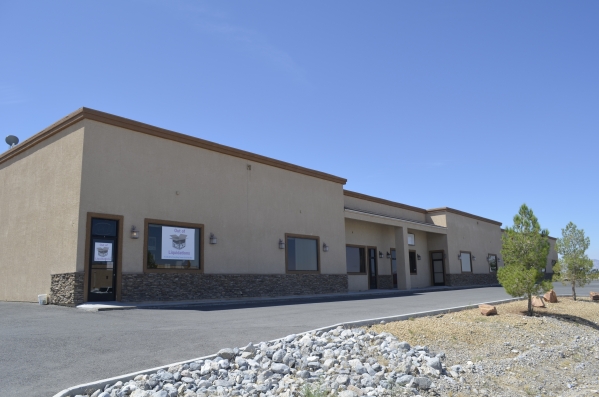 Nye County commissioners approved a request for a special use permit to allow a medical marijuana establishment in general commercial zoning under condition that the business will move a local church located in the same storefront.

Nader Sherif, the owner of Green Thumb Industries was previously denied a special use permit for medical marijuana in a general commercial zoning district located at 151 South Humahuaca St. in Pahrump because of its proximity to Joy Divine Community Church. Under requirements, the medical marijuana business can’t be within 300 feet of the church.

“I think we could put that as a condition of approval,” Commissioner Dan Schinhofen said during the last meeting.

“With that statement, it seems that it can’t be within 300 feet of an operating facility, then I make a motion to approve it with the condition that before he comes to apply for a license, the church must have found a new location,” he said.

In his statement to the board of commissioners, the owner of the property, Michael Lach, had indicated that he will work with Joy Divine Community Church for another location if the medical marijuana establishment moves forward.

At this time, Lach however said that relocating the church wouldn’t make sense because the state of Nevada is not accepting applications for medical marijuana licensing, and it’s not clear when it will resume the process.

“If the business were approved by the state, then he would have the church moved,” Lach said about Sherif.

Lach said the church leases the location at 151 South Humahuaca Street on a monthly basis, while Sherif only uses it in his documents as a tentative address in case he had an approval from the state.

“I like this church and I would like to see them last,” Lach said. “But six months from now, we don’t even know if they are going to be around.”

Sherif didn’t return multiple calls for comment, but he had previously said that he had to put the process on hold indefinitely.

“At this point, we are moving with the cue,” Lach said.