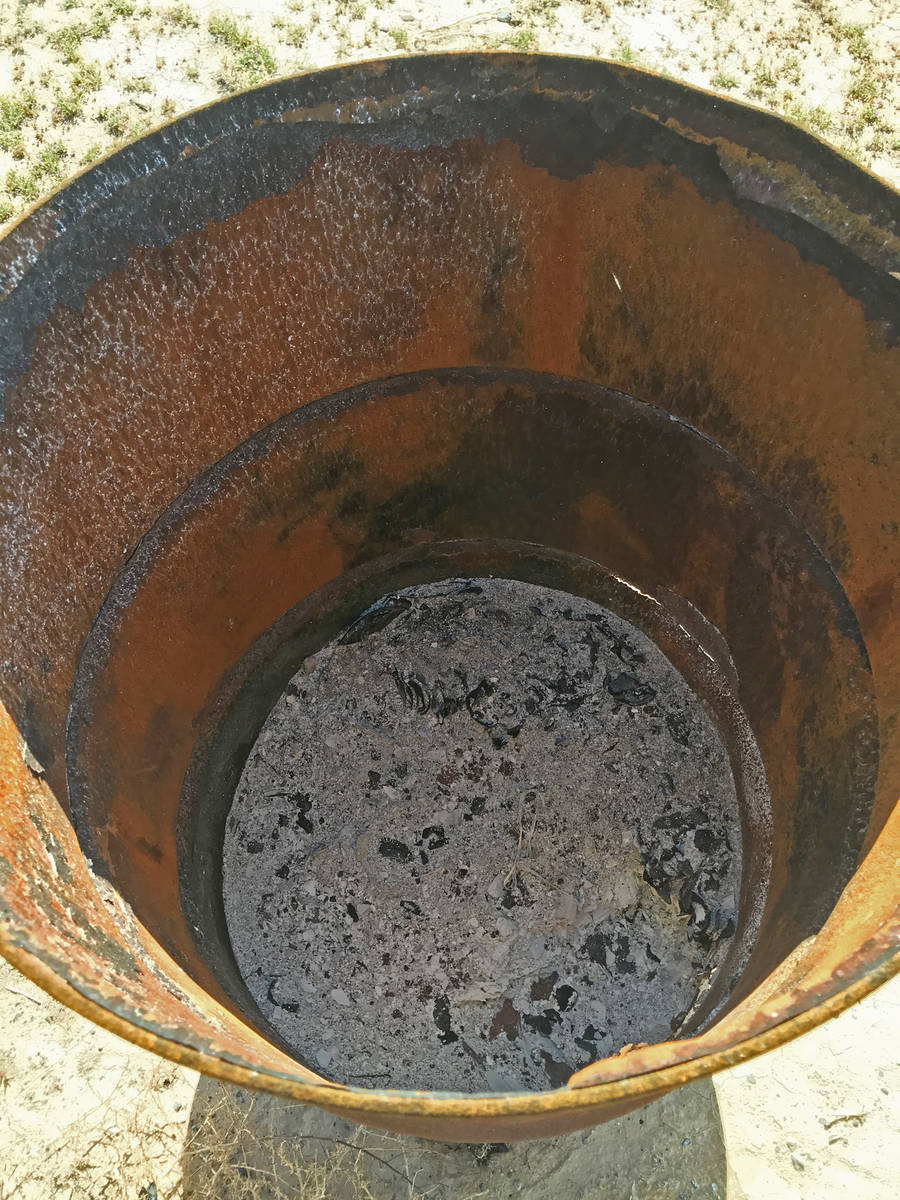 Robin Hebrock/Pahrump Valley Times This photo shows the remain of a fire conducted in a burn barrel just before the burn season was put on hold in Pahrump. 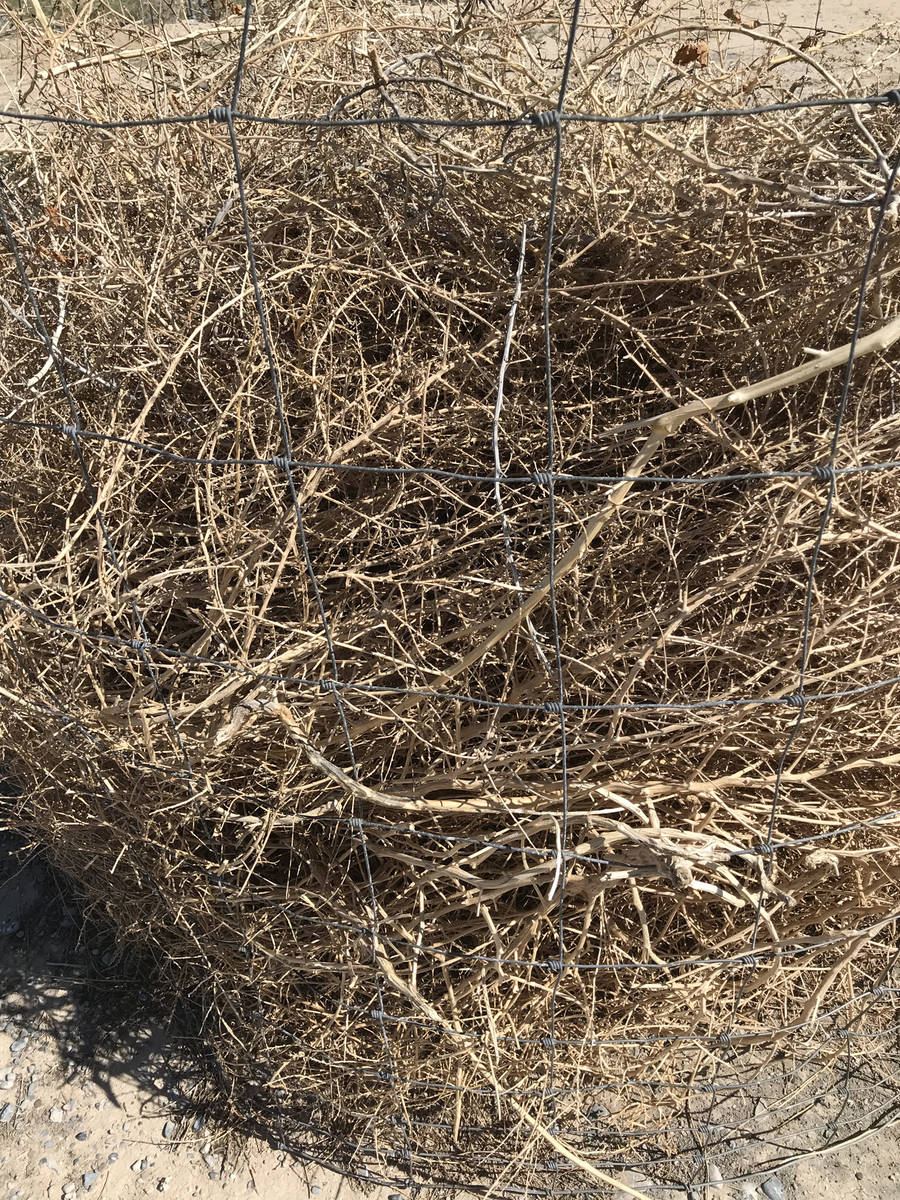 Robin Hebrock/Pahrump Valley Times Ever-growing piles of weeds and yard debris must wait for disposal via burning, as Pahrump Valley Fire and Rescue Service has put a burn moratorium in place to allow first responders to concentrate on other emergency tasks.

In yet another example of how COVID-19 is changing daily life, the Pahrump burn season has been put on hold.

That’s right folks, the weather might be perfect for it, but open burning is currently banned, allowing Pahrump Valley Fire and Rescue Service crews to concentrate on maintaining emergency operations while simultaneously dealing with the fallout from the COVID-19 outbreak.

Typically, residents who obtain burn permits are authorized to burn their own yard debris and weeds throughout the fall, winter and spring months, with a regular burn season running from late October to late May each year.

By the end of May, temperatures generally start to reach a sustained 90 degrees or higher, which triggers the close of burn season. This year, however, residents must immediately put their burning on pause as PVFRS shifts its focus to the COVID-19 pandemic and attempts to limit its first responders’ interaction with the public.

“Yes, per Chief Scott Lewis, he wanted us to put a ‘hold’ on burning due to the respiratory illnesses in our valley and keeping our first responders in house responding to true emergencies and limiting their exposure,” Pahrump Valley Fire and Rescue Service Administrative Assistant Jennifer Fanning, who leads the department’s burn desk, told the Pahrump Valley Times on Monday, April 13.

The moratorium has been in place for a few weeks, and it is unknown when or if the moratorium will be lifted before the sizzling heat of the summer months sets in.

“It has not been determined whether the season will re-open or remain closed until the moratorium is traditionally lifted in the fall,” Fanning detailed.

Pahrump Valley Fire and Rescue has more than 12,000 burn permits on file, although Fanning noted that number is approximate as some burn permit holders might have moved or passed away without that information being reported to the fire department.

Regardless, there are many thousands of area land owners who have burn permits and with people all around the valley cooped up in their homes almost constantly, the urge to get out and do some yard work is common. For now, though, those pesky piles of weeds, trimmings and other yard debris will just have to wait.

Residents are asked to keep in mind that they are not permitted at this time to conduct any open burns. The restriction includes burns conducted in burn barrels, but it does not, however, extend to outdoor fire rings and pits used for recreational purposes such as campfire-side type activities.

For more information, on open burning in Pahrump or the burn moratorium contact Fanning at 775-727-2832.