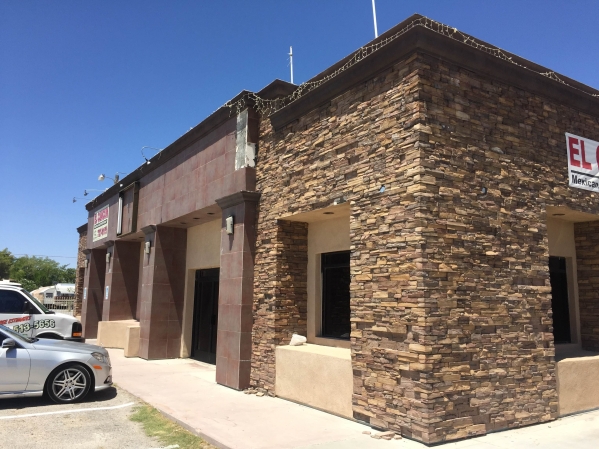 Pahrump Regional Planning commissioners have granted the owners of the Cowboy’s Bar a conditional use permit application that allows the grandfathered use of a bar under the condition that the owner will provide the Department of Public Works with a survey outlining several components including striping for the parking spaces.

The bar, at 1330 E. Fifth St., has been operationally abandoned for six months, and the application allows to restart the bar business on the property.

Nye County Principal Planner Steve Osborne said during the Regional Planning Commission meeting July 15 that he had recently visited the property along with several other officials and was able to take measurements of the parking lot and asphalt.

“After analyzing a bit further, we think that reinstating the grandfathered use would be appropriate with all of the conditions that are in a staff report and special condition number 6, we recommend that modified to state the property owner shall install vehicle parking striping in accordance with Nye County code. â¦ With all of the conditions, our recommendation is to allow the real estate for the grandfathered use,” Osborne said.

The opening of the bar that shares the building with El Cancun Seafood and Mexican Restaurant had been put on hold because of the questions surrounding parking on the property, as the commission said they weren’t up to current code.

Previously, the staff said that insufficient information had been presented and there were questions relating to vehicle layout, vehicular access/entrance and exit.

Business owner Jonathan Hunton said the opening of the bar is still on hold because there are a few things that need to be addressed. Among them are Town of Pahrump business license, liquor license and ADA compliance in bathrooms.

“We want to do the survey, and in the meantime, work on other paperwork that is required to open a bar,” he said.

Property owner Ramin Ghaffar said he will stripe the parking lot Monday and then have a third-party company to conduct the survey that will be then sent to the Department of Public Works.

Meanwhile, Hunton said the bar would be open at the end of the year in the best case scenario.

“We want to have a family atmosphere,” Hunton said. “Just the building’s size is 4,000 square feet and requires 16 parking spots.

Osborne said the striping for the parking spaces is one of the conditions of approval for a conditional use permit. The survey would have to include the location of the bar building, property lines and dimensions of the paved asphalt area, he added.

“I think, after we went out (to) look at the site ourselves and took measurements of the parking area, I think we were comfortable with one required survey,” he said.