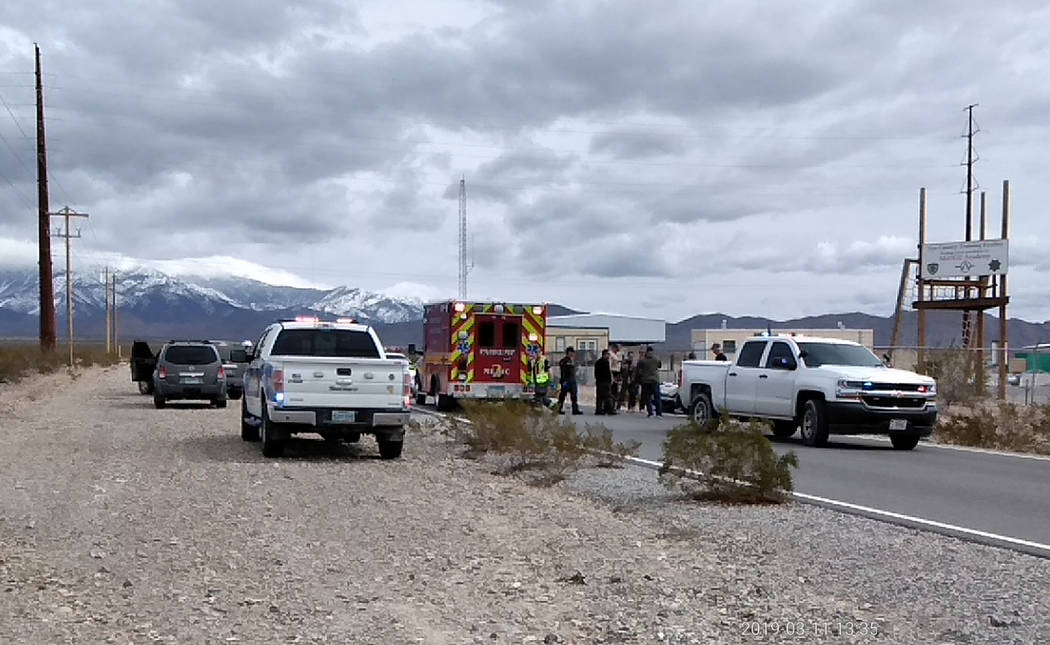 According to a sheriff’s office news release, the incident occurred on Monday, March 11, just after 1 p.m. when the two deputies were practicing maneuvers prior to a training class at the sheriff’s office training facility on Mesquite Avenue and Higley Road.

“Both deputies were transported to Desert View Hospital with non-life-threatening injuries,” the release stated. “No other vehicles were involved in the accident, and the Nevada Highway Patrol is assisting the sheriff’s office in the investigation.”

The Nye County Sheriff’s Office announced the return of motorcycle patrols throughout the Pahrump Valley back in June of 2015.

“We are excited to welcome back the Nye County Sheriff’s Office Motors Division,” Sheriff Sharon Wehrly said at the time. “We had motorcycle patrols here many years ago.”

Both deputies are expected to return to patrolling the valley byways and highways once they fully recover. The news release did not disclose the extent of their injuries.