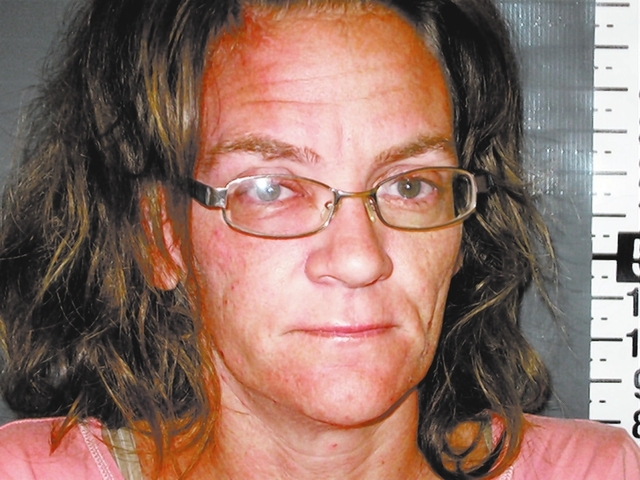 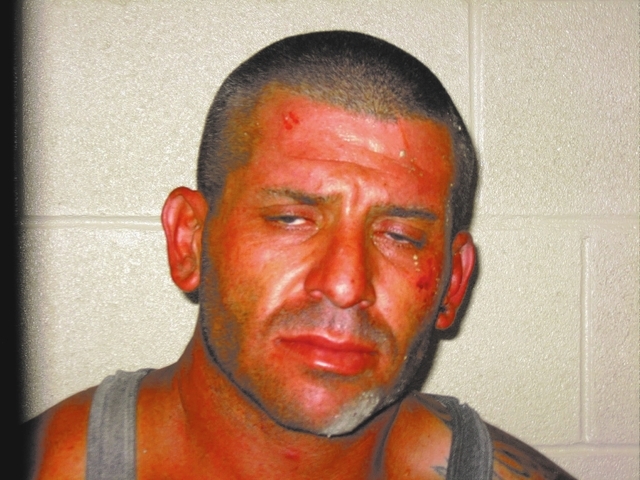 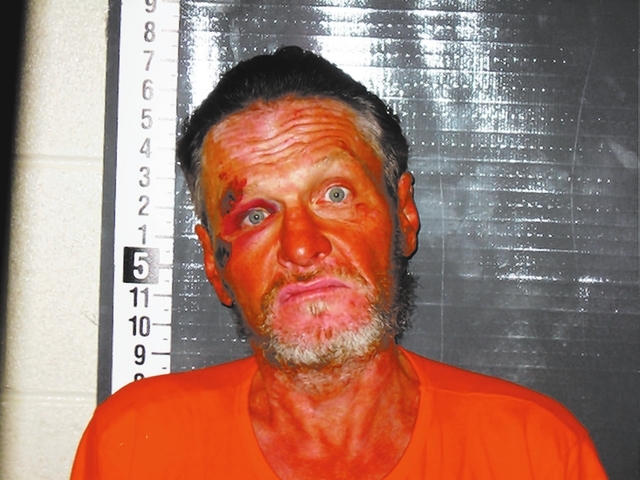 One man is in police custody on an additional charge of destroying property after he allegedly broke a cup and bowl in protest of an officer asking him to stop talking about a female inmate over the weekend.

According to police, around 4 p.m. Saturday a Nye County Sheriff’s deputy was booking a female suspect into the Nye County Detention Center when he reported hearing current NCDC inmate Michael Edward Houlihan yelling to another inmate in a cell block across the booking area, “I can see the new girl that just came in.”

The deputy reportedly told both men to close the food access slots on their doors and to stop talking about the woman he was trying to book into custody.

At that time a second deputy was able to come into the booking area and help the other officer remove Houlihan from his cell and place him in solitary confinement.

Houlihan was subsequently booked into the jail on an additional charge of destruction of property for the broken dishes.

One man was arrested for driving while under the influence of alcohol last weekend after he allegedly admitted to drinking seven beers before getting behind the wheel of his vehicle.

According to a declaration of arrest in the case, on Oct. 25 around 11:05 p.m. a deputy stopped a blue Ford Explorer near the intersection of Pahrump Valley Boulevard and Blackhorn Street for failing to maintain travel lane.

When the officer made contact with the driver, later identified as Carlos Hurtado Santillan, the man allegedly told her he had drank approximately seven 12 ounce Bud Light bottles that evening.

Another officer soon after arrived on scene and asked the man exit the vehicle and walk back toward one of the patrol vehicles.

The man allegedly appeared to be impaired, having a hard time keeping his balance and walking back to one of the officer’s patrol cars, and exhibiting signs of being under the influence of alcohol according to the arrest report.

The officers on scene then asked the man to participate in a series of field sobriety tests, which he allegedly failed.

He is additionally alleged to have failed a breath test at the scene as well.

Hurtado Santillan was then placed under arrest for DUI, failure to maintain travel lane and open container in vehicle before being transported to the local jail to be booked into custody.

On Oct. 28 around 3:45 p.m. a deputy was dispatched to a residence in the 4000 block of Savoy Boulevard to pick up surveillance footage captured during an Oct. 20 burglary at the address.

According to an arrest report in the case, the officer met with the victim who provided a copy of the surveillance footage where a woman by the name of Heather Connors, can allegedly be seen taking items, including a yard figurine and solar lights, from the porch area of the victim’s residence.

The victim informed the officer the same night the items went missing from the front porch a trailer in the rear of the property was also broken into and items were taken from it as well.

When police confronted Connors about the burglary, she allegedly admitted she had some of the missing items at her residence. The items allegedly being concealed at the home she was staying at in the 7700 block of Quarterhorse Avenue, were described as an Xbox 360 with sensors, 14 Xbox games, a yard figurine and yard solar lights.

Connors was subsequently placed under arrest for a single charge of burglary and transported to the Nye County Detention Center to be booked into custody.

After learning Kruse may also have been involved in the incident, police obtained a search warrant for his residence located on the 2500 block of Quaterhorse Avenue, at which time they allegedly recovered the additional missing items.

Kruse was then also placed under arrest and transported to NCDC to be booked into custody as well.