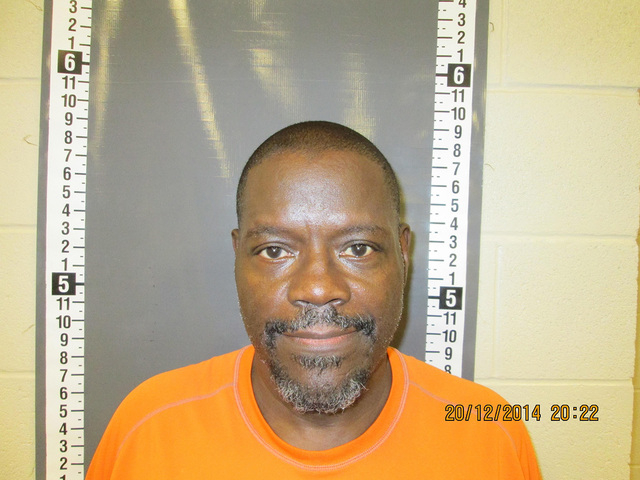 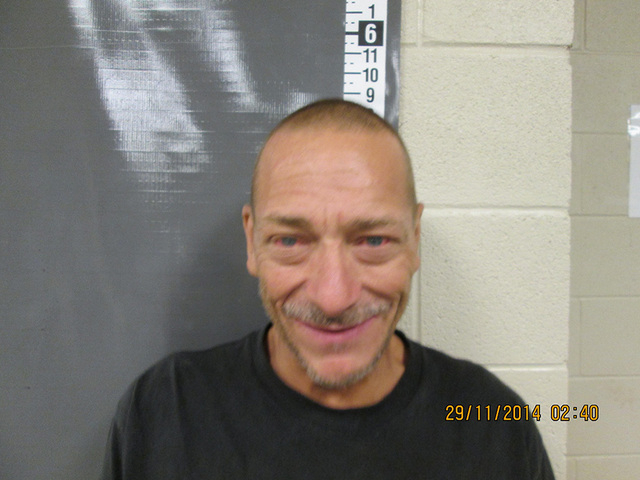 George Ferguson, pastor of Freedom of Praise Ministries on Highway 160, was charged with the alleged attempt to intentionally transmit HIV and other charges related to an alleged attempt to sexually assault a disabled 17-year-old boy.

Ferguson also faces an unrelated DWI charge he earned earlier this year. He appeared in Justice Court on Monday.

Judge Ron Kent set bail for the DWI charge at $1,750 and appointed Jason Earnest as Ferguson’s public defender for both cases.

Kent denied a defense request to release Ferguson on his own recognizance, agreeing with prosecutors that Ferguson posed a threat to the community.

Ferguson was arrested on July 25 on a charge of open and gross lewdness.

A man arrested on July 4 for attacking a fast-food restaurant manager with a knife was in Justice Court for a preliminary hearing Wednesday.

James Donnelly was bound over to District Court on a felony charge of assault with a deadly weapon as well as a battery charge.

Donnelly had hidden in the women’s restroom at the local McDonald’s, 710 S. Hwy 160, and was discovered there holding a knife two hours after the restaurant had closed.

The manager who discovered Donnelly told the court that he confronted the suspect and urged him to leave.

Abel Dali said he grabbed an aluminum chair and held Donnelly at bay, like a lion tamer. The suspect began waving the knife around, at one point striking Dali’s arm.

Dali said he didn’t know if Donnelly was hiding inside the bathroom to later rob the store or if he was waiting to attack a female employee.

After the physical confrontation, Dali was joined by a cook and was able to get Donnelly to leave the store. The suspect walked away but then returned to one of the restaurant’s larger windows, held the knife up to his neck and made a gesture akin to slashing his neck.

Dali called police and followed Donnelly across Highway 160 to the Pahrump Nugget casino where the suspect was later arrested.

Donnelly will be arraigned in District Court on Sept. 8. He has five other open criminal cases with the courts.

A man and woman were arrested at Saddle West Hotel and Casino, 1220 S. Hwy 160, on Tuesday after fighting among themselves and then fighting police.

Kenneth Paul Gallucci and Faiza Boules each face charges of battery on a protected person after attacking police who arrived at their hotel room after a disturbance call.

Gallucci was found in bed with his shirt off when police arrived. He refused to identify himself when asked and when police spotted his wallet nearby, the suspect “came after” a deputy. Both men ended up on the floor between the bed and the wall. Gallucci continued to resist even after another deputy was called to help.

Gallucci injured his nose in the struggle.

Boules became hysterical, according to her arrest report, as deputies fought with Gallucci. When she was arrested for disturbing the peace, she began kicking the arresting officers. When handcuffed and placed into the back of a car, she began trying to kick out the patrol car window. As she was transported to jail, she succeeded in damaging the window.

Asked why the disturbance began, Boules later told police that it was because Gallucci “had disrespected her by getting with that other girl.”

A third person, this other female, was staying with the couple but was not involved in the disturbance.

Boules and Gallucci face a host of charges, including resisting arrest, disturbing the peace and damaging county property. It was unclear whether the couple were local residents staying at the hotel or were visitors.

A fugitive with a felony warrant for his arrest was spotted at a residence in the 2300 block of Jason Ct. Wednesday.

When a deputy arrived to escort the man to jail, the officer was let into the home. The deputy found the man sleeping on a bed.

When awakened, William Stidham told the deputy that his firearm was on the other side of the home in a couch.

After placing Stidham in handcuffs, the fugitive was asked if he would like the deputy to take his firearm to the jail.

The fugitive allegedly responded, “Yes! I’d like it when I get out.”

Seemingly unbeknownst to the fugitive, felons are not allowed to be in possession of firearms.

Stidham faces a new charge of prohibited person in possession of a firearm.