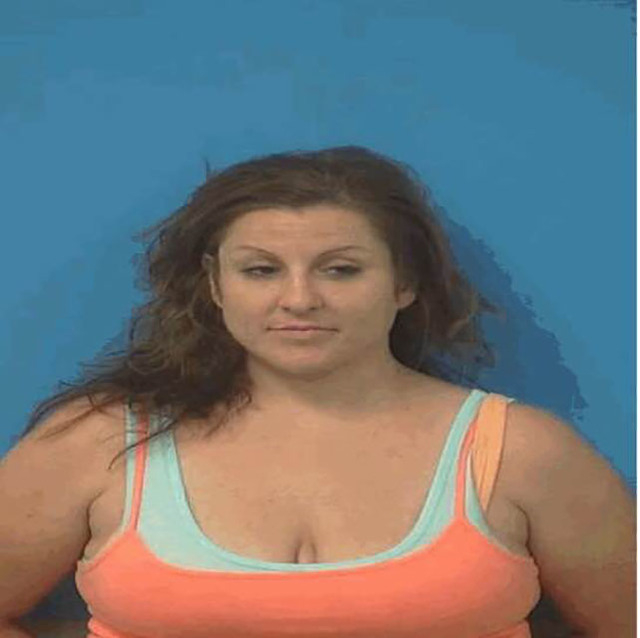 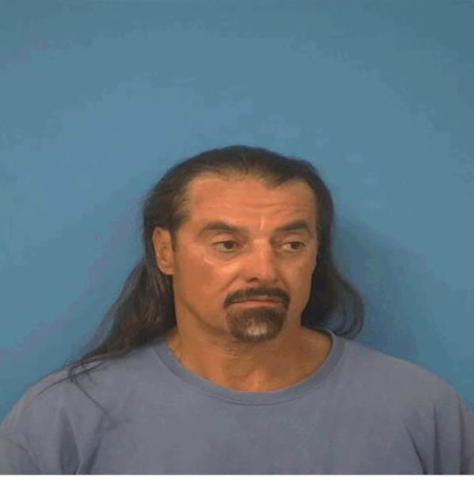 Man arrested on a slew of charges tied to domestic incident

A Pahrump man was arrested Sunday on several preliminary charges resulting from a domestic violence incident.

Andre Villa was taken into custody by the Nye County Sheriff’s Office at a residence on the 3500 block of Tournament Avenue and charged with preliminary counts of domestic battery second, false imprisonment, being under the influence of a controlled substance, low traffic of a controlled substance four to 14 grams, possession with the intent to sell, possession of methamphetamine and operate/maintain a residence to sell/use narcotics.

The situation allegedly stated that deputies were dispatched to the home on a domestic in progress call, with the warning that a firearm was possibly present.

When the initial deputy arrived at the scene, he observed the front door was open and a man was yelling at a female coming out from inside the residence.

The responding deputy made contact with Villa and the female victim and upon making initial contact with the victim, the deputy noticed she had a dent in her forehead and redness on the left side of her cheek. The victim told the deputy that Villa became agitated when she asked him about his truck that was taken, the arrest report stated.

She said Villa then grabbed her by her wrists and pinned her to a bed, preventing her from leaving, police said.

When the deputy spoke with Villa, he noted that he was sweating profusely compared to everyone else at the scene. Villa allegedly admitted to grabbing the victim by the wrists, keeping her from leaving the bedroom while he was questioning her.

Villa then admitted to the deputy that he had used methamphetamine the night before, to which the deputy noticed a white substance around his mouth, police said. Villa was also asking for water as he said he was dehydrated.

Villa was arrested on the several preliminary charges and transported to the Nye County Detention Center.

After he was in custody, the sheriff’s office ran a background check on Villa which revealed he had a prior conviction of domestic battery within the last seven years and that he had been incarcerated in Arizona State Prison, the arrest report stated.

While in custody at the detention center, the arresting officer noticed Villa’s pupils were dilated, a common sign of methamphetamine use, and information was received that Villa had firearm at his residence.

Two separate warrants were obtained by the sheriff’s office, one for Villa’s blood and the other was to search his residence.

Upon arriving at the home to conduct the search, deputies allegedly were told by the victim that Villa had drug paraphernalia in the residence, so the sheriff’s office amended its warrant to include drugs and paraphernalia.

The sheriff’s office also discovered an empty box for a scale and a cell phone box containing a phone, several glass pipes with white residue and empty clear baggies, police said. The sheriff’s office recognized the materials as being common to the packaging and selling of controlled substances.

A Pahrump woman was arrested last week after she attempted to buy items with falsified price tags and shoplifting several other items.

Jessica Neala McFadden, 30, was taken into custody by the Nye County Sheriff’s Office and charged with preliminary counts of forge/alter price tag and petit larceny as result of the alleged incident.

While already at Walmart to follow up on a previous crime, a sheriff’s deputy was in the asset protection office when an associate notified managers that a female was on camera acting suspicious, police said.

The deputy began to watch the store’s surveillance camera and witnessed the woman, later identified as McFadden, putting several items on top of her purse which was in a shopping cart, in addition to removing price tags from different items, including headphones and a truck hitch.

The deputy then allegedly saw McFadden go to the electronics section of the store and take a Seagate XBOX game drive and replace the price tag with a different label that she had removed from a different item earlier.

McFadden proceeded to the self-checkout lane, where she concealed the items that were on her purse, not paying for them and scanned several times, including the XBOX drive with the alleged forged price tag and placed them in her cart.

McFadden then exited the store through the garden section where two sheriff’s deputies were waiting for her.

After reading McFadden her Miranda rights, the arrest report alleges that she said,

“I shouldn’t have done it, that was a stupid thing to do,” according to police.

A search of her purse turned up several bottles of perfume, a pair of earring and a bottle of lotion. The XBOX game drive, which retails for $100, allegedly had a price tag from a tow hitch valued at $5.

McFadden was arrested and transported to the Nye County Detention Center without incident. McFadden was formally charged by the district attorney on Wednesday with a felony and misdemeanor.

Man arrested for pulling weapon on man in Sonic drive-thru

A Ohio man was arrested last week after allegedly pulling what was thought to be a handgun on a man in the drive thru of the Sonic fast food restaurant.

Raymond Clark was arrested by the Nye County Sheriff’s Office Wednesday and charged with one preliminary count of assault with a deadly weapon.

The sheriff’s office was contacted Wednesday to a possible weapons offense at the Sonic fast food establishment.

The incident allegedly involved a short, white male wearing shorts and a taller white male who walked in front of the victim’s car in the drive-thru and questioned why he was staring at.

After exchanging words with the Clark and his accomplice, the victim exited his vehicle to which Clark reached in his backpack and grabbed what appeared to be a handgun and proceeded to point it at the victim, police said. Clark then asked the victim if he had any children in the car.

Clark and the taller man then left the area, and the manager of the Sonic notified the sheriff’s office.

When the responding officer arrived he made contact with the manager who said the two men were familiar, as one of them was a homeless man who frequented the area, usually hanging out at the Rebel convenience store nearby and the other might live at a residence on the 600 block of East Street.

The responding deputy left the scene and headed to the residence on the 600 block of East Street in an attempt to locate the suspects. While enroute, the deputy saw two men, both with backpacks, walking walking southbound near space 10.

The two men were ordered to the ground at gunpoint to which they complied. Detectives and a K9 unit arrived at the scene.

When asked where the gun was by detectives, Clark told them it was wrapped in a T-shirt in his backpack.

It was discovered that the gun was a BB gun and Clarke claimed that he did have an argument with the man and did ask if he had kids in the car, but denied pointing the gun at him.

A deputy returned to the Sonic with three photographs, two of Clark and one of his accomplice and the victim positively identified Clark as being the man who pointed the weapon at him.

The other man in question was released.

Clark was arrested and transported to the Nye County Detention Center and booked on the preliminary charge of assault with a deadly weapon.