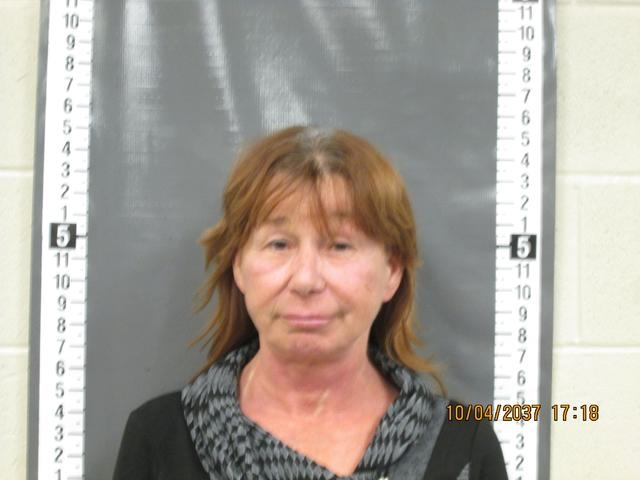 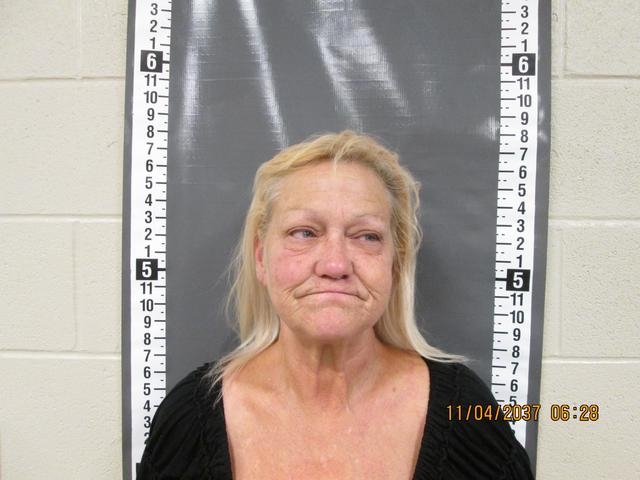 Carol Bushart was arrested on Nov. 13 at the intersection of Manse Road and Clark Street, and charged with driving under the influence after police received a report from a citizen alerting police that he had stopped her vehicle.

When police made contact, they reportedly observed a vehicle sitting on the side of the road on Manse Road. The reporting party told police he followed the vehicle after she allegedly pulled out in front of his vehicle, nearly causing an accident.

When police made contact with Bushart, they noticed that she had difficulty standing on her own and when asked, she reportedly stated, “I have a bad back and too many shots.” When questioned about her statement, Bushart reportedly told police she had been drinking tequila.

Police noted in the arrest report they had to assist Bushart with standing and walking and an odor of an unknown intoxicating liquor was emanating from her person as she spoke.

Bushart was asked to perform field sobriety tests and she refused. Bushart continually commented that she had messed up and had three shots of tequila too many.

Bushart was arrested at 1:33 p.m. and transported to the jail and booked.

Patricia Huffines-Neibauer was jailed and charged with driving under the influence — second offense, on Nov. 13 after a deputy observed her vehicle traveling northbound on Highway 160 with no lights on, leaving its travel lane and crossing the double yellow line, almost striking the deputy’s patrol vehicle.

As the deputy was attempting to make a traffic stop, Huffines-Neibauer attempted to pull to the right side of the roadway and lost control, causing the vehicle to go into a spin in the middle of the highway, almost causing another collision with traffic.

When the deputy made contact with Huffines-Neibauer and asked if she was under the influence of any alcohol, drugs or prescriptions, Huffines-Neibauer reportedly stated, “I took two Xanax.” The deputy noticed, according to the arrest report that Huffines-Neibauer’s speech was slurred and she had droopy eyes and a blank stare.

The deputy also noted that Huffines-Neibauer had to use the vehicle to keep her balance.

When the deputy asked about prescription medications, Huffines-Neibauer told the deputy that she last ingested her medications at approximately 2 p.m.

When questioned about why she was driving, Huffines-Neibauer reportedly began to cry and stated, “I don’t know. I should not be driving.”

Huffines-Neibauer was arrested at 5:37 p.m. and transported to the jail and booked.