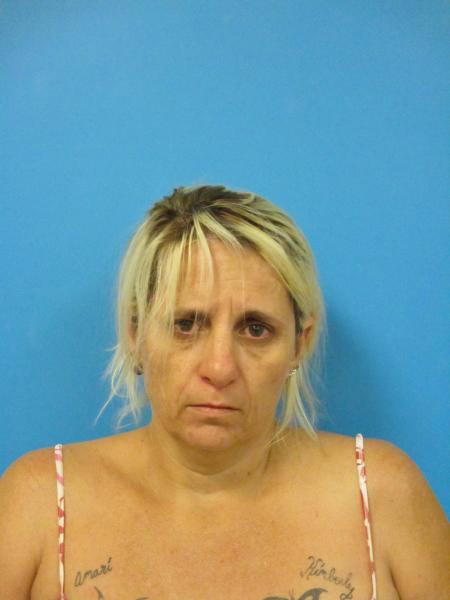 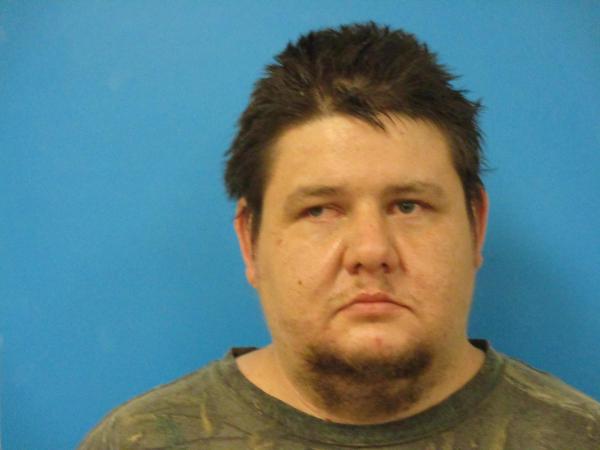 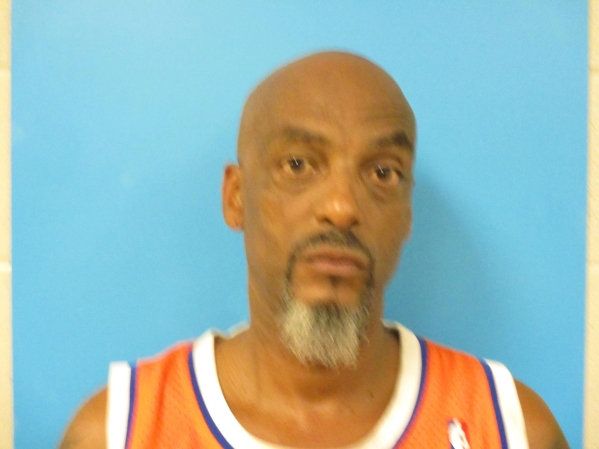 Dirty dishes in the sink and no food in the refrigerator led to a local woman’s arrest last Wednesday on numerous preliminary charges after local authorities responded to an address in Beatty.

Police were summoned to the residence for a domestic violence call, where dispatch informed an officer a woman allegedly ripped the shirt of her husband and allegedly choked him.

According to the arrest report, the woman identified as Tamara Knode began yelling at the couple’s 13-year-old daughter for not washing the dishes, while allegedly throwing a dinner plate at the child.

“The husband advised he told his daughter to go outside so Tamara could cool off,” the report stated. “He further advised that his wife never taught the daughter how to wash dishes and as he followed the daughter outside, Tamara grabbed the back of his shirt and ripped it.”

The report also stated to avoid further conflict, the husband gathered the kids, including a toddler and attempted to leave the house so things did not get worse.

The plan was to visit a local park while the wife cooled down.

“He advised that Tamara would not let them get inside the vehicle and she also tried to pull fuses from the vehicle in an attempt to keep them there,” the officer’s report noted. The husband stated that he called her a b****, and at one point she grabbed him by the throat. “At this time I did observe the back of his shirt to be torn and a bloody scratch mark on the right side of his neck.”

An additional officer spoke to Knode who allegedly said the original argument was connected to the condition of the home’s kitchen and refrigerator.

“She stated that the argument was over the dishes not being clean and no food in the fridge. Tamara stated that she did rip her husband’s shirt, but she did not admit to grabbing him by the throat.”

Officers also interviewed at least two witnesses on scene who corroborated the husband’s account of what allegedly occurred at the home.

“They both confirmed the sequence of events as they were told to me by the husband. They did add that Tamara had struck the husband while he was holding their toddler-aged daughter. They further advised that the child was still in his arms when she choked him. At this time I advised the detective to place Tamara under arrest.”

The arrest was easier said than done as Knode allegedly began fighting the officers, according to the report.

“As I turned around I saw Tamara moving away from the detective,” the officer said. “She began to yell and scream as we told her that she was under arrest. She ignored our commands.”

The struggle continued as Knode reportedly started pulling away while in a standing fetal position.

“She then pulled us to the ground with her as she tucked into the fetal position on the ground and she continued to resist and ignore commands to stop resisting.”

Control was eventually gained by officers as they were able to handcuff Knode.

Once Knode was properly restrained, she allegedly spat on one of the officers, which racked up an additional charge.

“Tamara continue to be combative and she spit a large amount of a phlegm-like substance on the detective and also attempted to kick him in the genitals,” the report stated. “The detective reacted fast and she wound up striking him in his right leg.”

After running a records check, the report noted that Knode had one previous domestic violence case where she was found guilty in 2009.

She was transported to the Nye County Detention Center and booked on charges including resisting, committing an unlawful act related to human excrement or bodily fluids, battery on a police officer, child endangerment and domestic battery strangulation.

When local resident Lucas William Jenree suspected someone of going on his property to steal something on Sunday, he allegedly decided to take the law, and a Ruger .44 caliber revolver in his own hands and track down the suspects while riding on his moped.

During his neighborhood shakedown, police said Jenree also thought it was a good idea to squeeze off a few rounds at a nearby occupied residence in his quest for justice, as noted in the arrest report.

Police arrived at a residence along South Malibu for multiple reports of shots fired in the area.

After making contact, the reporting party told officers they heard the sound of three gunshots and reported a bullet had shattered their sitting room and living room window.

Bullet fragments were also discovered nearby.

During their investigation, officers were outside with the residents when they all heard another gunshot just north of the residence.

Shortly afterwards, a male on a moped was spotted traveling south on Malibu near Dandelion.

Deputies initiated a traffic stop and found Jenree had a holster fixed to his right hip and a Ruger .44 caliber revolver sitting unholstered by his feet.

“The male suspect was immediately detained and read his Miranda rights,” according to the arrest report. “The man advised that he had discharged his firearm just before our contact with him. He also admitted to driving his moped approximately an hour ago in front of the victim’s residence and discharging it toward the residence. Jenree stated prior to discharging a firearm both times, he believed he was shooting at someone.”

The report also stated Jenree said there had been people on his property earlier and he was chasing them throughout the neighborhood on his moped.

“These people he believed were stealing items from his property and they were ones he was attempting to shoot,” the report stated. “Jenree also stated he has discharged the firearm on other occasions when he believes he has seen persons on his property.”

The report also stated Jenree could not remember if his revolver was full when he left his residence or how many times he had actually fired the revolver that night.

According to police, there were only two rounds left in the chamber.

While speaking to the suspect, the officer noticed Jenree’s eyes were bloodshot and he smelled of an intoxicating liquor.

“Jenree admitted to consuming alcoholic beverages throughout the evening and he consented to a preliminary breath test which confirmed he did have alcohol in his system,” according to the report.

Jenree was placed under arrest and transported to the Nye County Detention Center.

Additionally, Jenree was charged with possession of a firearm by a prohibited person.

Quincy Leon Bush Jr. thought he was going to give friends a lift home on Friday, but his plans were dashed by a Nevada Highway Patrol trooper out on patrol.

The trooper clocked Bush driving 60 miles per hour in a posted 35-mile-per-hour zone near 160 and Industrial.

Upon stopping the car, the trooper soon learned Bush did not have a valid Nevada driver’s license, but a California identification card.

The trooper then turned his attention to Bush’s eyes, which, as noted in the arrest report, were extremely glassy, with a red and yellowish hue.

The trooper noted that he could also smell the scent of an unknown intoxicating beverage from inside the car.

When asked how much he had to drink, Bush told the trooper he consumed one 16-ounce beer at a nearby bar, while waiting for two people to finish work at an area agency, the trooper noted.

“I interviewed Mr. Bush in front of my patrol vehicle and he stated that he drank it at approximately noontime and he told me that the current time was approximately 5:30,” the report stated.

Bush, according to the report also told the trooper he was under his doctor’s care and was taking the drug Prozac for some mental health issues and took a dose around 7 a.m. that day.

“Bush stated that his doctor was off Calvada, but could not tell me the name of the office or his doctor,” according to the report.

The trooper performed a series of field sobriety tests, which confirmed the trooper’s suspicions that Bush was under the influence.

A subsequent breath test confirmed Bush’s condition, as he reportedly blew a 0.115 and 0.106 blood alcohol content respectively. Nevada law is .08.

Bush was booked for DUI alcohol, first offense and basic speed at more than 21 miles per hour over the posted limit.