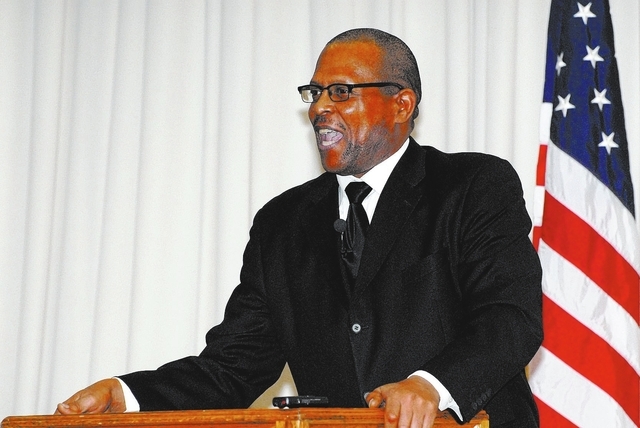 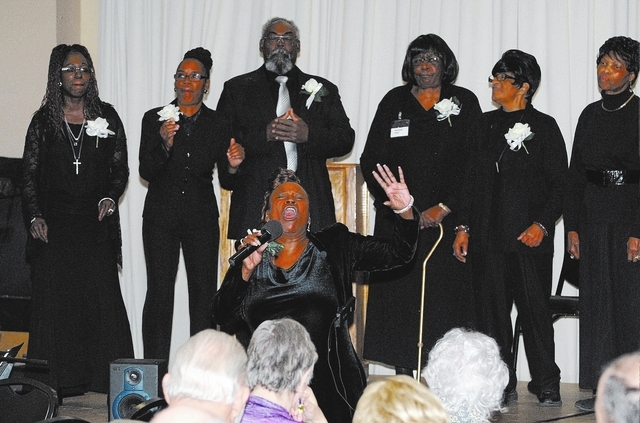 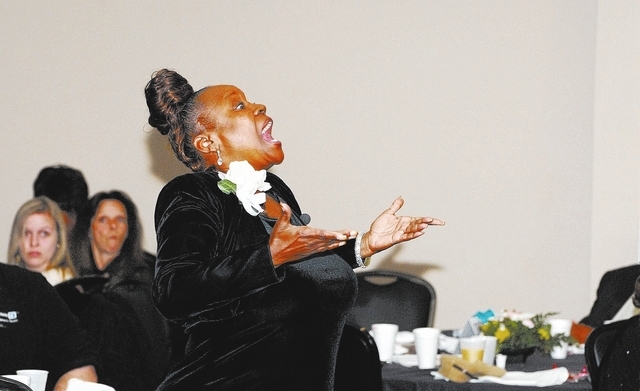 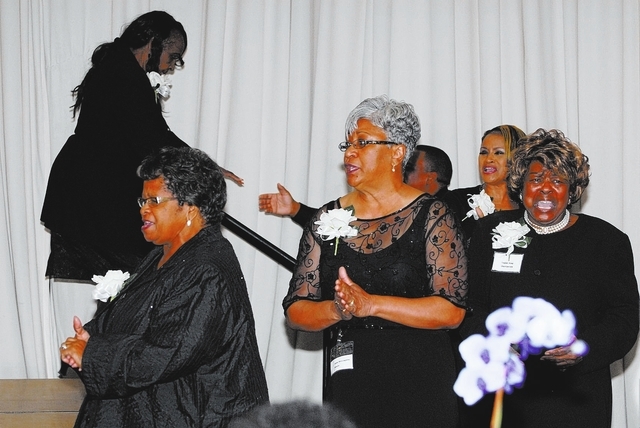 The crowd that packed the banquet room at the Pahrump Nugget Casino for the All People’s Breakfast Monday morning weren’t standing on the red hills of Georgia and they probably weren’t the sons of former slaves or slave holders.

But they heard the booming voice of minister Richard Lewis echo those words from the late Dr. Martin Luther King’s “I Have A Dream” speech, at the conclusion of the annual breakfast, one of the most eloquent and famous speeches of all time. The crowd applauded when he recited the most remembered verse, “I have a dream my poor little children will live in a nation where they will not be judged by the color of their skin but by the content of their character.”

The speech recapped the civil rights struggle during a time when what King called “the manacles of segregation” still gripped the South 100 years after President Lincoln issued his Emancipation Proclamation freeing the slaves, but he said, “the negro is still languishing in the corners of American society and finds himself an exile in his own land.”

King compared the Declaration of Independence, in which the founding fathers declared every American was entitled to life, liberty and the pursuit of happiness, as signing a promissory note, but at the time, he said America had not lived up to its obligations. “America today has defaulted on this promissory note. Instead of honoring this obligation as far as its citizens of color are concerned, America has given the negro people a bad check; a check that has come back marked insufficient funds.”

Lee McNeese, an advisor at Great Basin College, said, “I love the speech. I try to put myself there.”

She viewed television specials recently on the civil rights struggle as well as the women’s rights movement.

But McNeese added, “we’re still not there yet. We still got a ways to go.”

Her sentiments were echoed by the Rev. Daniel Collins, pastor of the Second Missionary Baptist Church after he heard the speech.

“When I hear this it reiterates we have not fulfilled all those requirements. It’s something we will work on the rest of our lives,” Collins said. “Just realize we have not obtained, we have fought a good fight so far.”

Parents need to speak about what King went through, he said.”We need to be about teaching our children the legacy of what went behind.”

Before his speech, Lewis said he couldn’t have imagined when the annual breakfast was first held at the Mountain View Casino it would grow to such a large turnout. He recalled King’s speech on Aug. 28, 1963 at the Poor People’s March, in front of what Lewis called “the greatest public demonstration ever in the history of this country.”

At the breakfast Sheryl Camacho recited a folk tale “When People Could Fly” about the African slaves toiling in America.

She concluded,“This man called Martin Luther King, was a leader who believed they could all grow wings and be free. When he spoke his words of power, people of all races and ages gathered to him and though none of them had the old magic to fly with wings, he showed them how to make their spirits fly and they loved him for it and walked beside him as brothers and sisters, all of them together.”

But the breakfast was about more than reciting the famous speech, a prayer service, a celebration of King’s life and a chance for politicians running for office to make an appearance. The Rev. Julie Platson, from St. Martin’s In The Desert Episcopal Church, who served as master of ceremonies, honored Jill Smith, an AmeriCorps volunteer who was involved with groups like the National Junior Honor Society, Student Council, NyE Communities Coalition Youth Organization and activities like food can drives, Red Ribbon Week and the Hope Drive.

“Life’s most persistent and legitimate question is: What are you doing for others?” Platson asked.

She also honored the Pahrump Valley High School Key Club, sponsored by the Kiwanis Club. They participated in the Veterans of Foreign Wars USO Show, the Pahrump Pow Wow and rang bells for the Salvation Army at Christmas raising more than $5,000 among other volunteerism.

“It’s hard to find youngsters, let alone a group of them, willing to help others,” Platson said.

Pastor Harold Davis, from Church of the Harvest, concluded, “This is about God’s people coming together united as one.”

“We are going to show the world what Pahrump is doing.”