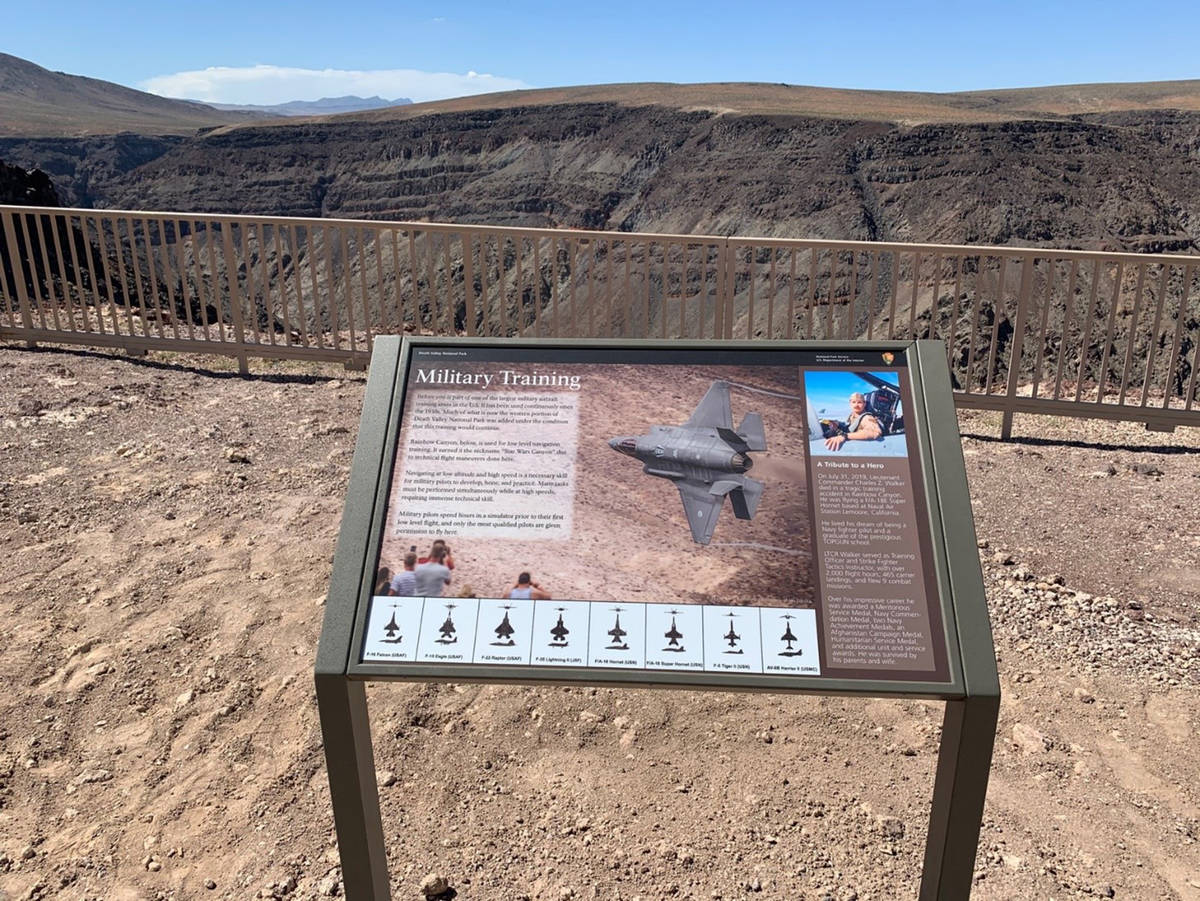 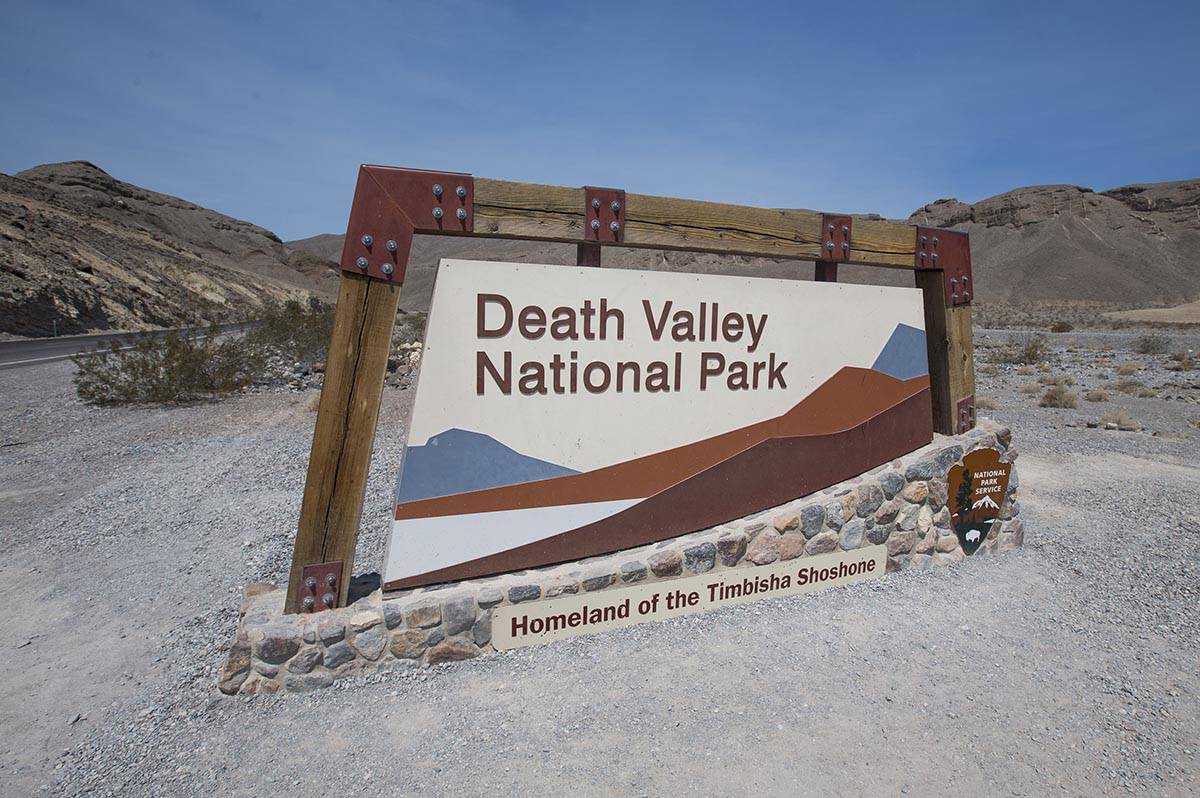 Death Valley National Park has installed an exhibit overlooking Rainbow Canyon to educate visitors on the history of military aircraft training in the park.

Just over a year ago, on July 31, 2019, a Navy Super Hornet jet crashed near Rainbow Canyon, killing the pilot and injuring several visitors who were viewing the aircraft training at low altitudes through the canyon. Over the past year, park and Navy officials have worked together to pay tribute to the pilot, Lt. Cmdr. Charles Walker, and remove debris from the area near the Father Crowley Vista Point.

The exhibit includes a description of Lieutenant Commander Walker’s dream of being a fighter pilot, his career and his numerous service medals and awards.

Rainbow Canyon, commonly called Star Wars Canyon, is part of the R-2508 Complex which the military has utilized since the 1930s. The California Desert Protection Act, which expanded Death Valley National Park, called for continuation of military overflights. The park continues to play an important role in training pilots and testing equipment.

Visitors travel from around the world to photograph and watch aircraft training at low altitudes and high speeds at this location. Star Wars Canyon’s popularity has grown in the past several years. Several visitors at the viewpoint suffered nonlife-threatening injuries from flying debris after the crash.

Military flights in the area were suspended briefly during the investigation but have resumed.

After the crash, crews meticulously collected debris near the Father Crowley Vista Point. Cleanup efforts continued for nearly six months. The area around Padre Point, near the site of the crash, was closed to all visitation during the crash investigation and debris removal. Padre Point, a high point which overlooks Rainbow Canyon and Panamint Valley, reopened to the public in February 2020.

“We hope this wayside exhibit will encourage visitors to honor Lieutenant Commander Walker’s legacy and learn more about the military testing flights while visiting the overlook,” Death Valley National Park Superintendent Mike Reynolds said. “We are also grateful for the hard work of so many people in the hours, days, and months after the crash, from first responders tending to visitors injured by the explosion to crews removing debris from the area.”