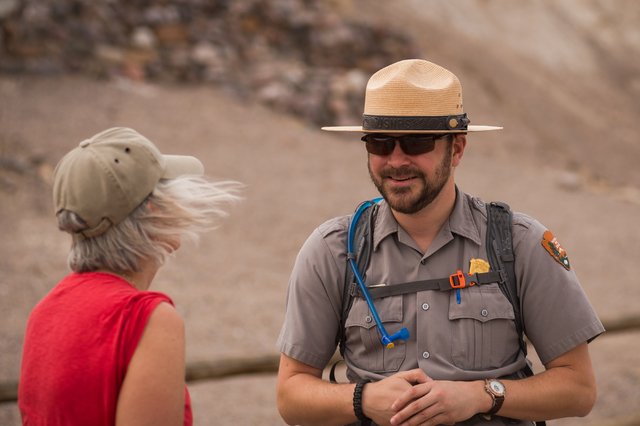 Entrance and camping fees are set to increase at Death Valley National Park. Money will go toward funding maintenance and services, which benefit park goers. Courtesy of the National Parks Service.

If you’re planning a trip to Death Valley National Park after Oct. 15, be prepared to dig a little deeper into your pocket.

Entrance and camping fees are slated to go up Saturday at the popular tourist destination. The increased money will go toward services and maintenance which benefit park-goers.

The increase is the first time in a decade at Death Valley that prices have gone up, as the last time a fee hike took place was January 2006.

Over the next several years park fees will be used to pay for services, including education programs, emergency medical services and campground custodial work.

“I would love for all services in parks to be free. However, visitor fees provide revenue that helps us enhance visitors’ experiences in the park,” said Mike Reynolds, Death Valley National Park superintendent.

Death Valley National Park receives an annual tax-funded budget of almost $9 million per year. Also, it receives over $3 million in funding from entrance and campground fees each year.

Park fees will also go toward reopening Scotty’s Castle, which has been closed to the public for the past year, after being flooded out in October 2015.

Grapevine Canyon, the area around Scotty’s Castle, received the annual amount of rainfall for the area in just five hours. The resulting flash flood destroyed water, sewer, and electrical utilities washed away the paved road and damaged several historic structures.

Repairs are being funded by the National Park Service, Federal Highway Administration, and Death Valley National Park’s visitor fees. Scotty’s Castle is scheduled to be reopened to the public in 2019.

Entrance fees for the majority of park visitors will rise from $20 to $25, which is the fee for a vehicle for up to seven days.

Although prices are going up at Death Valley, the park still has several days where it waives entrance fees each year.

The next entrance fee-free date is Veterans Day, Nov. 11. Some park visitors are eligible for passes that cover the entrance fee, including fourth-grade students (free Every Kid in a Park Pass), active duty U.S. military members and dependents (free Military Pass), U.S. citizens or permanent residents with a permanent disability (free Access Pass), and U.S. citizens or permanent residents aged 62 or older ($10 for lifetime Senior Pass).

Ahead of the fee increases, Death Valley gathered public input on the proposed changes. The park gave out a news release about potential fee increases and posted information about the fee changes on its social media accounts.

Through those efforts, 48 public comments were received by Death Valley. Most comments were for increased fees to support the park, although some concerns were brought up that increased prices might be too expensive for some park visitors.

Entrance fee per person will increase from $10 to $12.

Entrance fee per motorcycle will increase from $10 for one person or $20 for two people to a flat rate of $20.

Death Valley Annual Pass will bump up from $40 per year to $50 annually.

Fees for most campsites in the park are rising by $2 to $4 per night. Four campgrounds in the park will continue to be free: Emigrant, Wildrose, Thorndike, and Mahogany Flat.

Check www.nps.gov/deva/index.htm for a full breakdown of campsite fees.