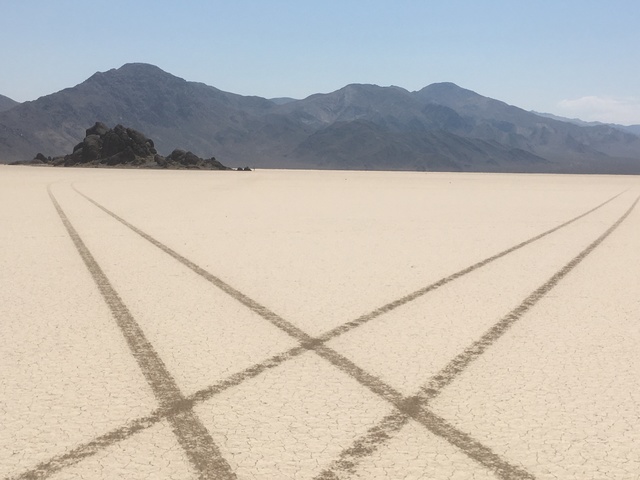 After the busy December holiday at Death Valley National Park, officials said they plan to confront the off-road driving problem, which includes tracks left on the Racetrack playa. Courtesy of the National Park Service 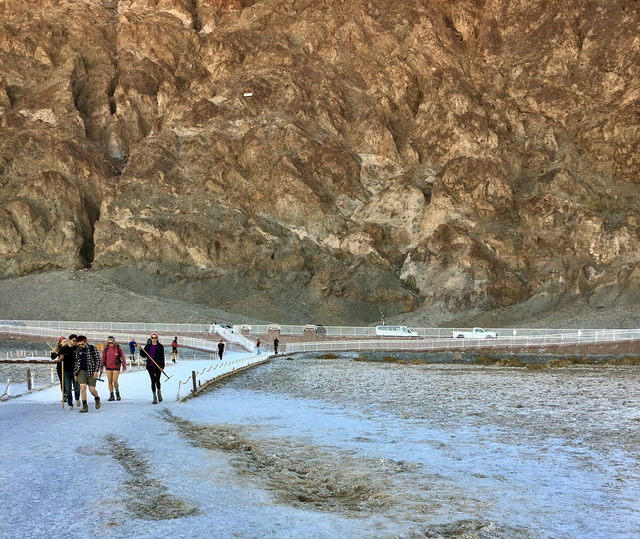 Areas of the salt flats in Badwater in Death Valley National Park have been damaged by off-road vehicles in the past month. Courtesy of the National Park Service

After the busy December holiday at Death Valley National Park, officials said they plan to confront the off-road driving problem.

During the December holiday, some of the visitors drove off established roadways onto dry lake beds and other fragile areas, leaving behind tracks that will be visible for years and in some cases, decades, park officials said in a press release.

Among the damaged areas are Badwater and the famous Racetrack playa, the remote dry lake where visitors can find mysterious tracks left by rocks sliding across the surface under specific weather conditions.

“While only a few have driven onto the Racetrack lake bed, the tracks they left are spoiling the view for many,” the press release said.

With two incidents in the last several months, park managers are adopting new strategies to prevent additional incursions, according to the press release.

Regulatory and informational signs have already been posted in the area, and officials plan to put additional Carsonite posts along the shoreline. Large regulatory signs will be posted along both entrances to the area.

Officials said they plan to soften the existing tracks by pumping water onto the most heavily damaged areas.

In addition, the park is recruiting volunteers who would spend time at the Racetrack and provide visitors with education.

Park rangers note that all visitors are required to keep their vehicles on established roads, according to the press release.

If you see someone driving or parked beyond the road shoulder, report it immediately to any ranger or visitor center or call Park Dispatch at 760-786-2330.