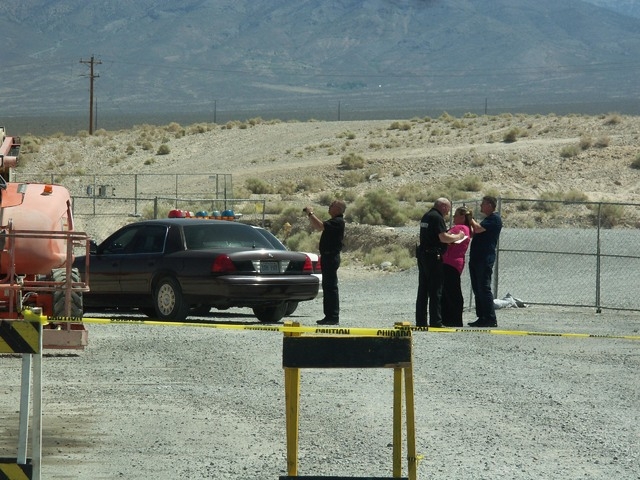 Jozsef Rasi, the man found dead behind the Pahrump Nugget on June 15, was held by police for nearly 33 hours with easy access to water and food after being arrested for a DUI.

Rasi was released from the Nye County Detention Center nearly 16 hours before his body was found, the police said Monday.

Rasi was arrested at 8:52 a.m. on Saturday morning on preliminary charges of driving under the influence after failing a field sobriety test, according to the Nye County Sheriff’s Office arrest report. Rasi also failed a breathalyzer test, but what the level was, was not recorded on the report.

During his detention, Rasi was housed in a cell with a sink and water fountain and received a full day of meals, including liquids, according to a statement from police.

After a Pahrump Justice Court judge ordered his release just after 4 p.m. on June 14, Rasi walked out of the detention center approximately two hours later.

He was found dead Monday morning behind the Pahrump Nugget after police received a call at approximately 10:15 a.m., roughy 16 hours after his release.

On June 13, sheriff’s deputies were dispatched to the Quick Save Storage and Mini Market on 1280 W. Highway 372, to reference a possible DUI. When Deputy Michael Connelly was en route to the business he received a call about a green Dodge truck that was unable to maintain its lane, almost hitting another vehicle from the oncoming traffic.

When the officer arrived at the establishment, he located the vehicle in question with an elderly man, later identified as Rasi, standing next to it.

The deputy could smell a “strong odor” of an unknown alcohol on Rasi’s breath when speaking with him. Rasi was asked if he was driving the vehicle and he responded, “yes.”

The officer questioned if Rasi had been drinking alcohol, to which he replied that he had drank two shots of vodka. Rasi’s eyes were bloodshot and watery, and he had slurred speech according to the arrest report.

After being asked to step in front of Connelly’s patrol car, Rasi almost fell over twice, according to police.

After failing the field test, Rasi was placed under arrest and booked into the Nye County Detention Center on preliminary DUI charges. Police discovered two empty bottles of vodka located in the back of Rasi’s vehicle.

Two days later the Sheriff’s Office was dispatched at approximately 10:15 a.m. to “check the welfare of a male laying” in the area behind the northeast side of the property. The man turned out to be Rasi, and he was confirmed deceased at the scene.

Officials with the Pahrump Nugget have not commented on the discovery. According to sheriff’s dispatch traffic, an employee of the Nugget discovered the body and authorities were then notified.

Anyone with information pertaining to this investigation is asked to contact the Nye County Sheriff’s Office at 775-751-7000 or tips can be emailed to NCSO_Detectives@co.nye.nv.us.