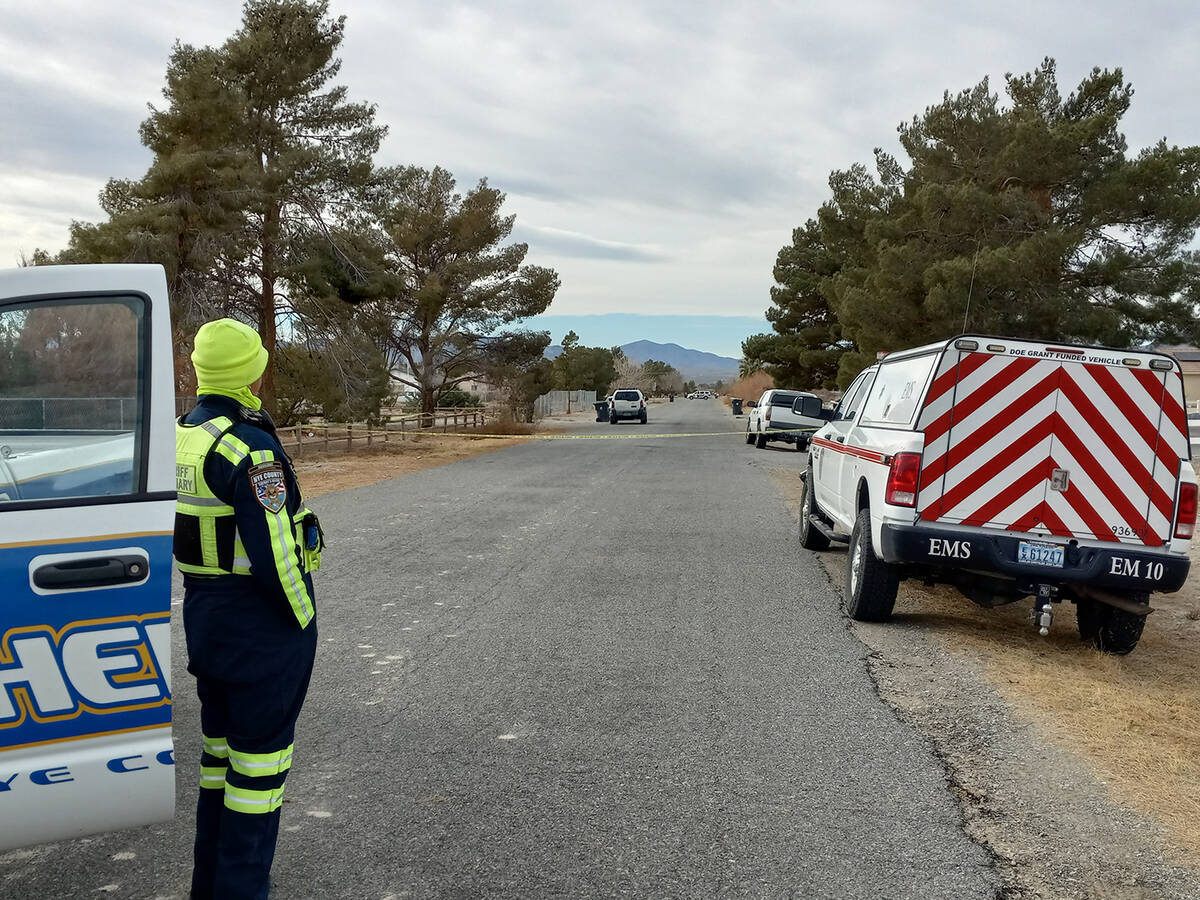 Selwyn Harris/Pahrump Valley Times A Nye County Sheriff's Office Auxilliary deputy prevents traffic from crossing the yellow tape near the scene of a fatal shooting along the 300 block of Jarvis Road just after 10 a.m. on Monday Jan. 3. The sheriff's office has declined to release any details regarding the incident.

A juvenile has died after sustaining injuries in a shooting.

The Nye County Sheriff’s Office has declined to release details regarding the shooting death at a residence along the 300 block of Jarvis Road this week.

Medics said the patient did not survive the injury.

It’s too early to determine if the shooting was accidental, Lewis said.

The sheriff’s office is investigating.