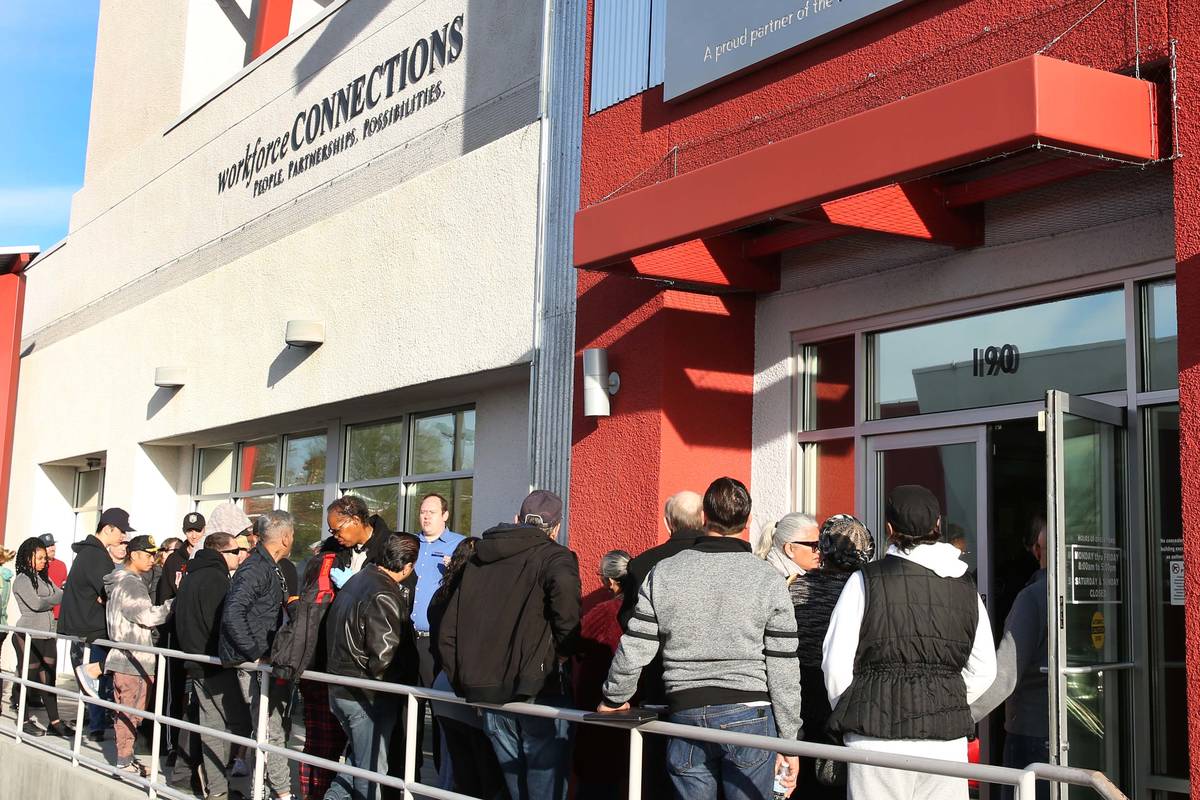 But the state Department of Employment, Training and Rehabilitation said that there will be “some delay” as the agency implements the enhanced benefits for some claimants.

“The positive news is that ARPA was passed before the extension of unemployment benefits in the Continued Assistance Act expired,” DETR director Elisa Cafferata said in a release Tuesday, adding that the agency will not need to close and restart the Pandemic Unemployment Assistance program. “Unfortunately, due to timing of the passage of ARPA, there will be some delay in the implementation of the new extension of benefits for some claimants.”

The extended benefits come at a time when Nevada’s economy is slowly seeing early signs of recovery. Casinos and restaurants saw their capacities bumped up to 50 percent of their occupancy levels this week.

The state’s unemployment rate ticked down to 8.1 percent, in January, down from 8.2 percent in December 2020.

Continuing claims, which provides a good estimate of the number of people receiving unemployment benefits, for UI totaled 72,058 claims for the week ending March 6. There were 76,896 PUA continued claims filed for the same period.

DETR said it is reviewing the final version of the American Rescue Plan and is waiting for guidance from the Labor Department on how to implement the new law. DETR said that it took over three weeks to receive all of the updated guidance from the federal agency when the previous stimulus package was passed.

“Once the guidance is received, then DETR can update the computer programming in both regular UI and PUA,” the agency said.

Similar to the last stimulus package, DETR said computer programming will be tested before it rolls out. “The agency expects that once the guidance is received, the rollout of the ARPA extended weeks will be similar to the rollout under CAA.”

Also under the recent stimulus package is a tax break for unemployed workers. Normally, unemployment benefits are taxed, but the law exempts federal income taxes on up to $10,200 of jobless benefits or tax year 2020 for households with incomes under $150,000.