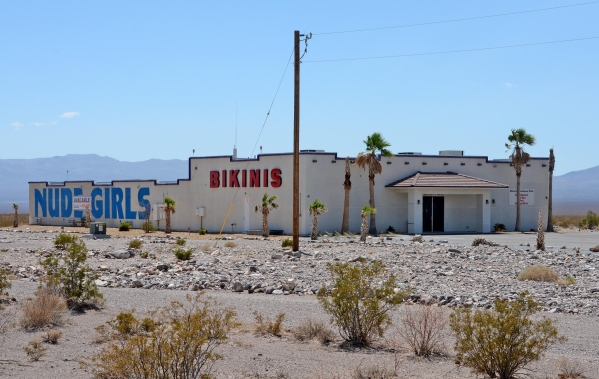 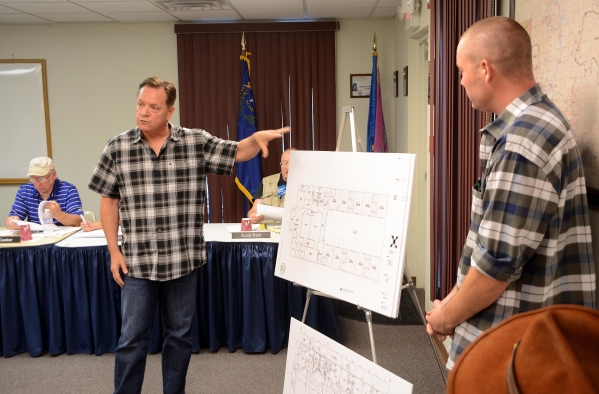 BEATTY – A development company has plans to convert an old brothel and strip club into a medical marijuana grow facility.

Robert Groesbeck, president of MM Development Co., presented the plan to the Beatty Town Board on Aug.10 along with Chris Wren.

Groesbeck, who also runs C&S Waste Solutions of Nevada, which includes Pahrump Valley Disposal, said that after acquiring the hard-to-get permit from the state he found that the land he had available in Pahrump was inadequate, and he had been looking for something more suitable.

While driving on Highway 95, he noticed that the abandoned Bikini’s property was available. “I couldn’t have found a better place,” he said, because it is close to the highway for transportation, has 80 acres of land, and does not violate restrictions by being too close to anything.

He said that they would renovate the interior of the building to suit their needs. The plants would be grown and processed indoors.

Groesbeck also said that they would have 24/7 security, and that it would not include a dispensary. Instead the product would be sold in dispensaries elsewhere, such as Las Vegas.

Asked about jobs, he said that they plan to hire local Beatty people as much as possible.

The property has municipal water, which will be adequate for the first phase of the operation.

He also said that future plans call for expansion, which could include the production of industrial hemp.

An audience member asked what industrial hemp was used for besides making rope, and Wren explained that the CBD (cannabidiol) can be extracted from hemp seed. CBD is not psychoactive–does not produce the high of marijuana’s main active ingredient, THC (tetrahydrocannabinol). It is claimed, however, that it has applications in the treatment of a number of medical conditions.

If all goes well, Groesbeck said they should be able to begin work in September and commence operations around the end of the year.

Sheriff Wehrly said she would like to do two walk-throughs of the facility: one before they remodel, and one when they are ready to begin operations. Beatty Volunteer Fire Department Chief Mike Harmon said he would also like to go along on a walk-through.

The “Nude Girls” sign on the side of the building facing the highway has long been more than unpopular with many Beatty residents, so the inevitable question was, “Are you going to paint?”

“We’re going to have a paint party,” responded Groesbeck.