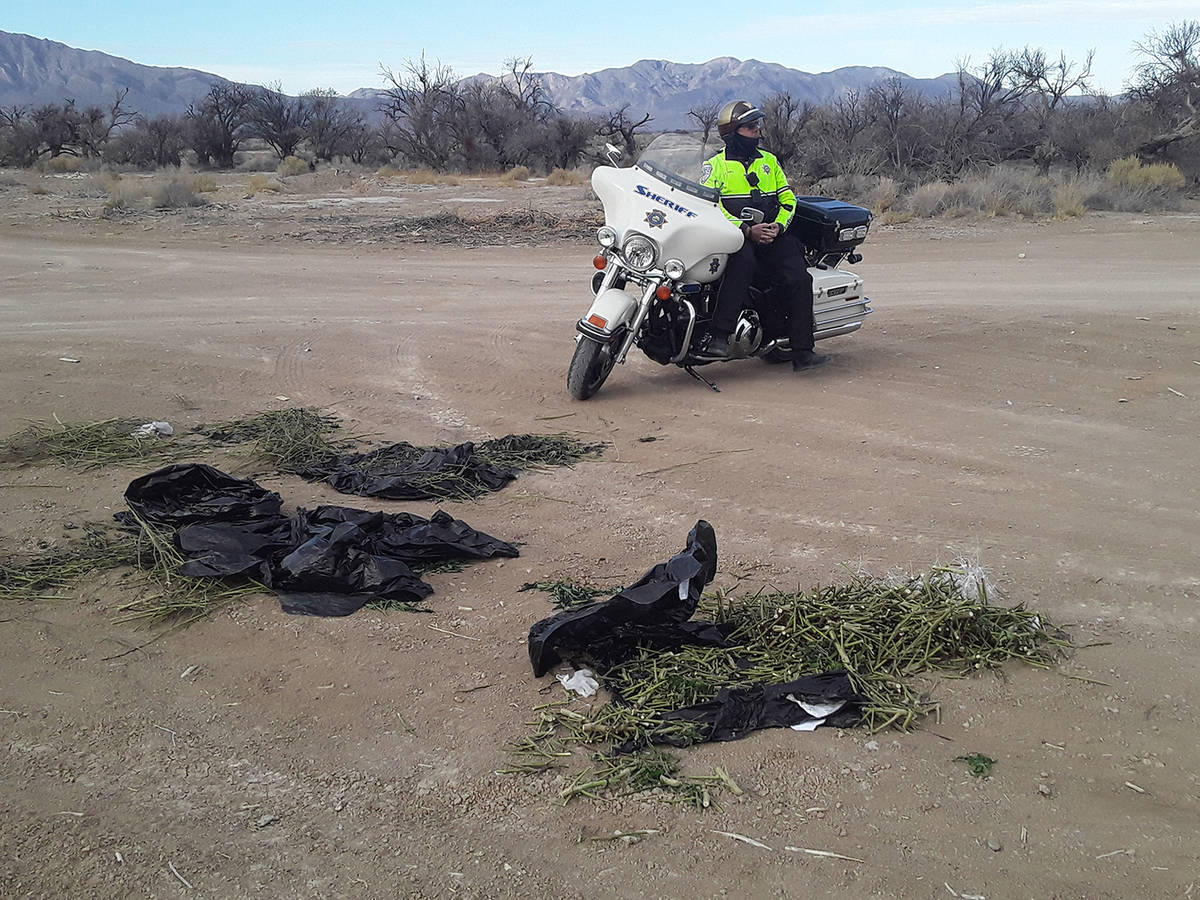 Selwyn Harris/Pahrump Valley Times Nye County Sheriff's Office Deputy Joe McGill awaits the arrival of Bureau of Land Management officials after he was flagged down by an individual and informed of trash bags full of discarded marijuana in the desert along Gamebird Road just before 8:30 a.m. on Thursday, Dec. 10. 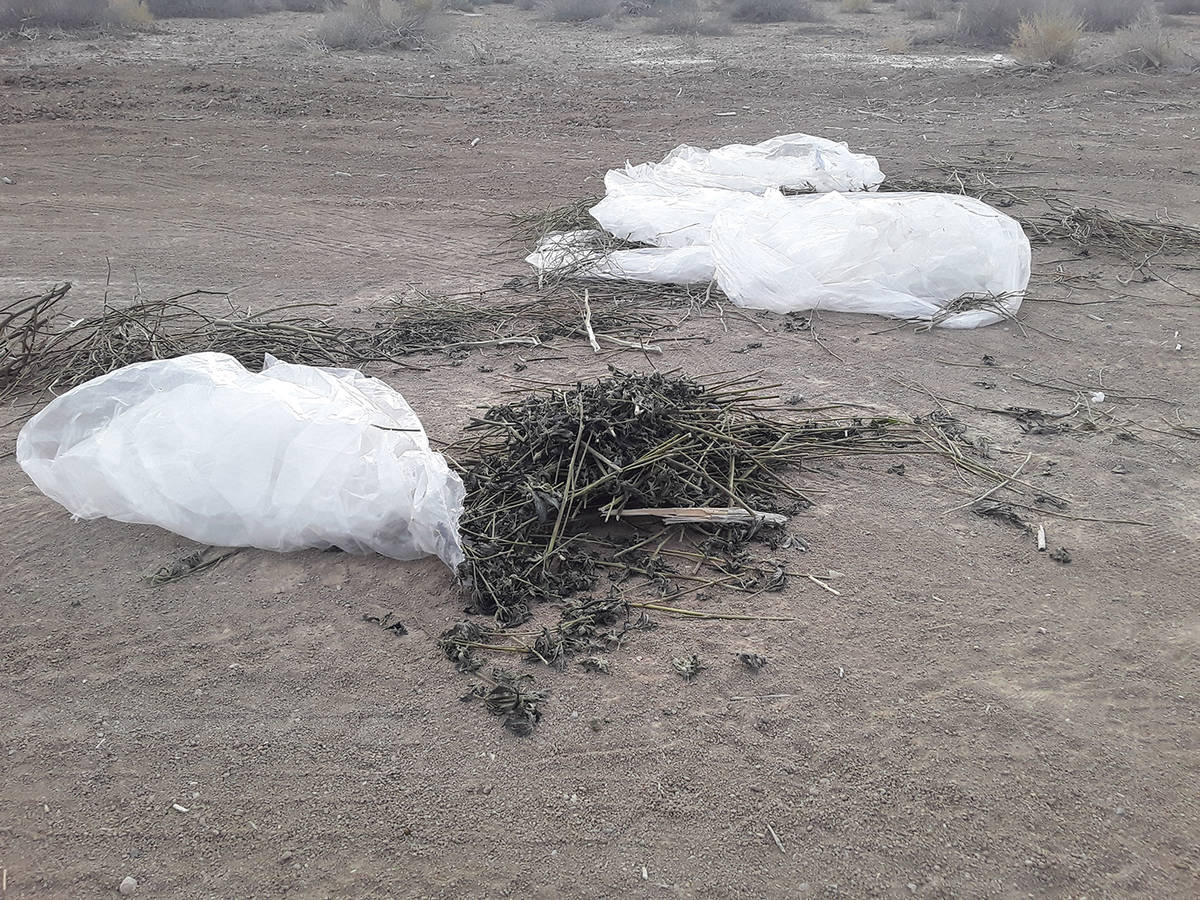 Selwyn Harris/Pahrump Valley Times At least two of the trash bags filled with the low-grade scraps of marijuana stalks, stems and leaf had an adhesive label attached from an undisclosed marijuana production facility.

If any area residents misplaced several large trash bags of marijuana, simply contact the Nye County Sheriff’s Office because they found your stash.

It was Nye County Sheriff’s Office Deputy Joe McGill who notified dispatch about the discovery after being flagged down by an individual just before 8:30 a.m., on Thursday, Dec. 10, in the area of Gamebird and Blagg Roads.

In all accuracy, the marijuana was essentially stalks, stems and low-grade leaves strewn roughly 100 yards in the desert off of Gamebird Road.

The person or persons responsible for dumping the weed seemed to have inadvertently left a very valuable clue where law enforcement may want to begin their investigation, as a closer look at the one of the trash bags revealed what appeared to be an adhesive label from an undisclosed marijuana production facility.

In a joint effort, the Nye County Sheriff’s Office, along with the Bureau of Land Management, is investigating the dubious, illegal dumping incident.