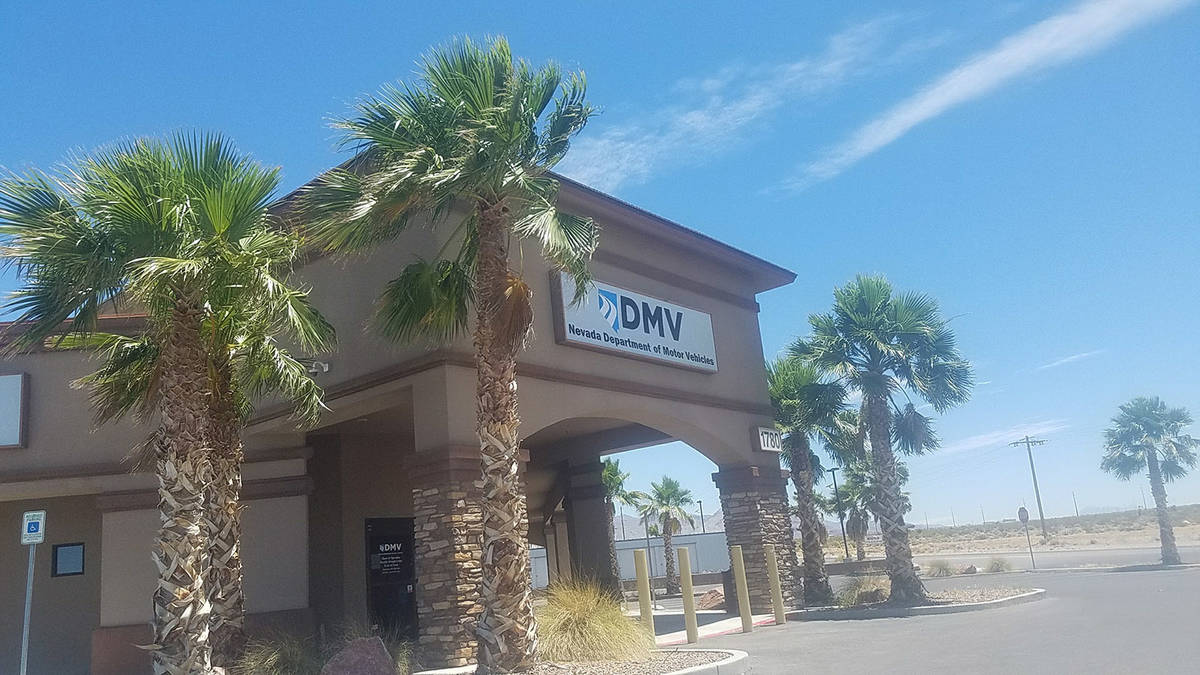 David Jacobs/Pahrump Valley Times The examiner, based at the West Flamingo office, reported feeling ill prior to reporting for work Wednesday, June 17, and has not worked since.

The Nevada Department of Motor Vehicles on Friday, June 19 had temporarily suspended all noncommercial driving skills tests statewide after one drive examiner in Las Vegas contracted coronavirus. The tests resumed on Monday.

“We’re taking this brief pause to re-evaluate our protocols,” DMV Director Julie Butler said. “Even though our examiners have been wearing personal protective equipment, the driver and the examiner sit in close proximity during a test. We must continue to put the safety of the public and our employees first.”

The examiner, based at the West Flamingo office, reported feeling ill prior to reporting for work Wednesday, June 17, and has not worked since. The examiner was wearing full personal protective equipment, including a face shield, mask, gloves and gown during all tests performed. Drive tests had resumed on June 15 for the first time since the DMV closed on March 16 due to the COVID-19 pandemic.

The case has been reported to the Southern Nevada Health District for investigation. No further information will be released due to ADA and HIPPA privacy laws. Employees and individuals with whom the examiner might have come into contact will be notified by the Health District.

Driving skills tests resumed Monday, June 22. Drive examiners will continue to wear full personal protective equipment. For their own safety and for the safety of the examiners, driving test applicants will now be required, instead of encouraged, to also wear face coverings.

The DMV will continue taking the temperatures of driving test applicants before administering the test and will initiate daily temperature checks of staff starting next week, in addition to precautionary measures such as self-assessments of symptoms.

“We know there is a huge demand for drive tests, and we apologize for this temporary disruption in services while we continually look for the safest and most efficient ways to serve the public,” Butler said.

The drive test area at the West Flamingo office has been cordoned off. The DMV planned a deep cleaning of the facility on Saturday, June 20, during a previously planned closure.

In a separate development, the DMV announced the reopening of its appointment services to the public and, as of Monday, June 15, the DMV was set to serve only customers with appointments at the offices in Carson City, Henderson, Las Vegas and Reno.

The change was done to help eliminate the long lines that have formed outside the offices since the DMV resumed limited in-person services June 15. Procedures at rural and commercial offices will not change.

Appointment scheduling for both general services and drive tests are available at on the DMV’s website, dmvnv.com

DMV staff has been making appointments for customers who weren’t served immediately at the field offices.

“We thank our customers for their cooperation over the past week as we took care of those with the most urgent needs,” Butler said in a release on Friday, June 19. “We’re ready to go with appointments, but I want to stress that our other reopening procedures haven’t changed. If you can drive legally, please delay your DMV visit until mid-July or later. Visit our website first.”