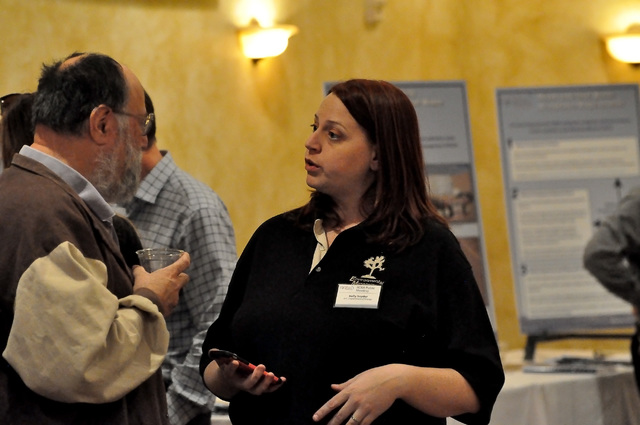 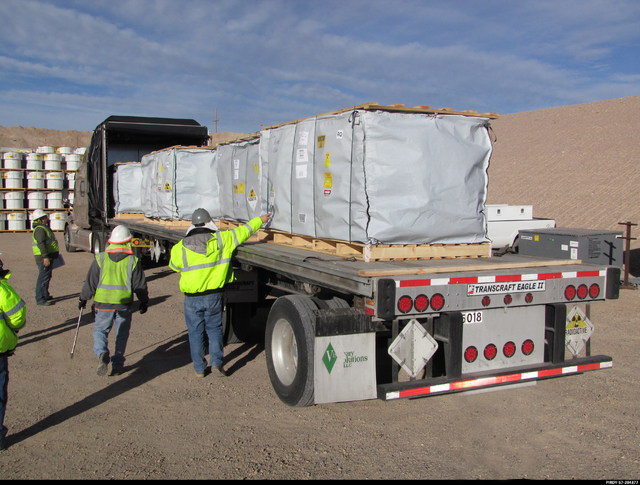 Special to the Pahrump Valley Times Officials conduct mixed low-level waste inspection prior to disposal at the Nevada National Security Site (NNSS). Per state of Nevada's requirements, the Department of Energy has to isolate the containerized waste by putting a final closure cap on top of the disposal cell and covering it with soil. 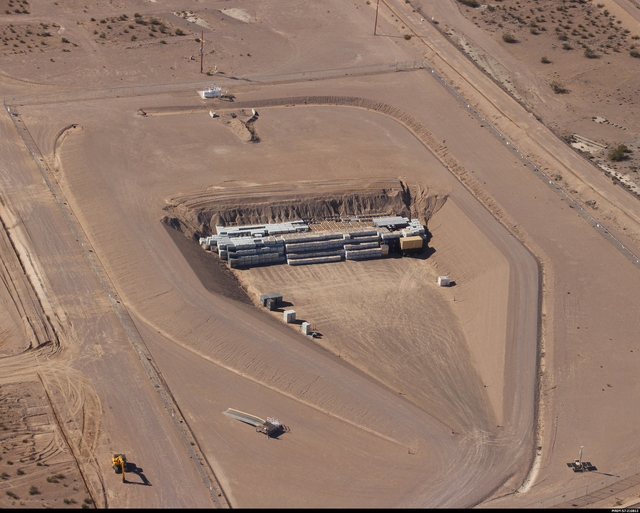 The Department of Energy is looking for public comment after it applied for the permit modification with the state of Nevada for construction of an additional mixed waste disposal cell at Area 5.

Area 5 is on the site’s southeast corner outside Mercury near the Clark County and Nye County line.

The proposed cell would be located near the existing cell on the eastern side of the Nevada National Security Site in Area 5 at the Radioactive Waste Management Complex.

Kelly Snyder, public affairs specialist for the DOE at the Nevada site office said a modification of the existing permit would allow the DOE to construct a new cell.

“This is an ongoing activity that we have been doing for over decade,” she said about disposing of the waste. “But we need more physical space because our existing space is almost full.”

The existing cell was opened in 2011. It was permitted by the state of Nevada for 900,000 cubic feet of waste.

Scott Wade, assistant manager for environmental management at the NNSS Nevada field office said the existing cell is going to reach its capacity in mid-2018.

“Within that (capacity), there’s a subset of how much we can dispose of it while continuing to protect the liner, make sure it stays compliant with all the state requirements, which is about 600,050 cubic feet, and we are about 80 percent full,” Wade said.

From 2012 to 2016, close to 400,000 cubic feet of waste was disposed of in the mixed waste disposal unit at Area 5’s Radioactive Waste Management Complex, according to the DOE.

The new facility is going to be funded by Congress under the Energy and Water Bill for Environmental Management Activities and is expected to cost between $6 million and $8 million, officials said.

The cell is going to be slightly larger and more cost-effective than the existing one. It will accept low-level and mixed low-level radioactive waste. Also, the DOE will also dispose of its own waste. The cell will not accept commercial waste or medical waste.

“It’s financially more responsible to build one larger cell than three smaller cells, so it’s the best use of the taxpayer dollars,” Snyder said.

“It’s a way of cleaning up the history of the Cold War,” Snyder said.

“Based on all of our calculations, the waste stays generally in that area and would not interact with the groundwater because groundwater is so deep, that there is no pathway to that water,” Snyder said.

“Our environment here is ideal for waste disposal because it is dry and arid. The site is relatively isolated. We are not near major populations, and our groundwater is incredibly deep,” she added.

The DOE is accepting public comments through Jan. 28. Comments can be emailed to the DOE at envmgt@nnsa.doe.gov