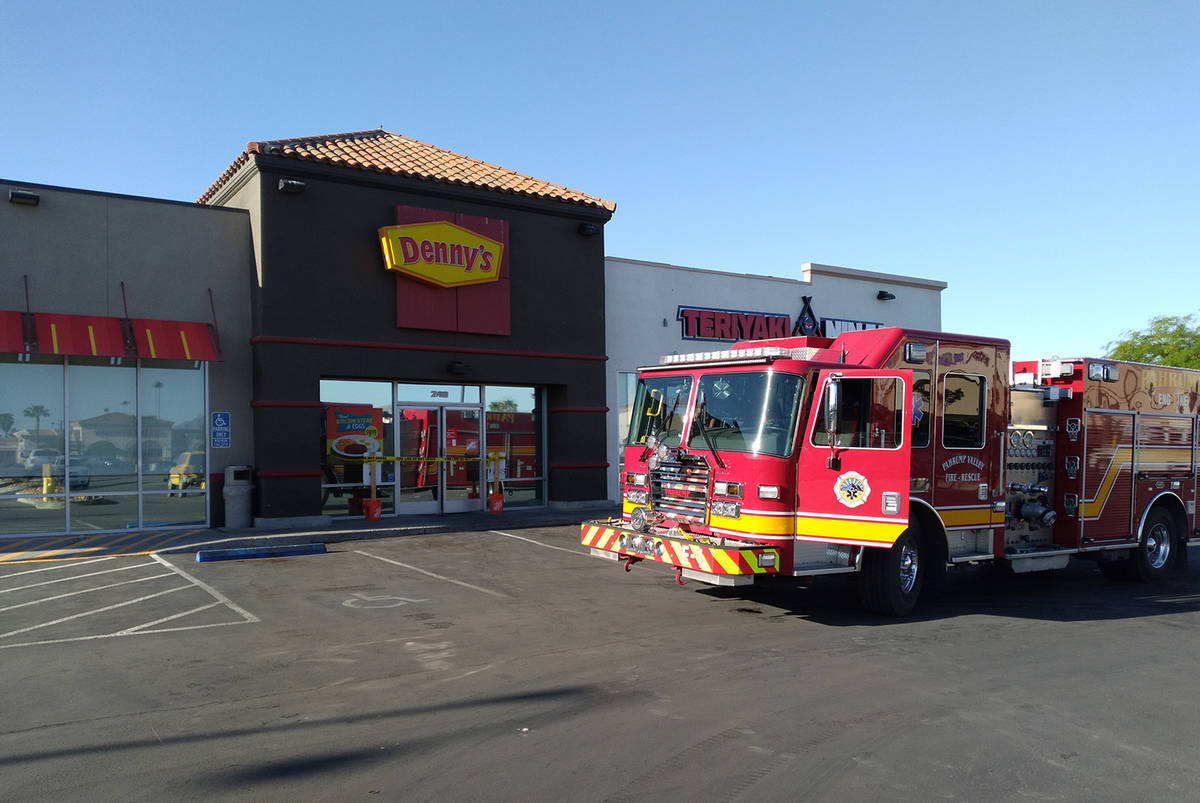 Selwyn Harris/Pahrump Valley Times An early morning fire forced the closure of the Pahrump Denny's, located at 240 S. Highway 160 on Tuesday, May 11. While the total extent of the damage remains unclear, upward of 30-40 employees will not be reporting to work until the business reopens, according to General Manager Robbie Brockman. 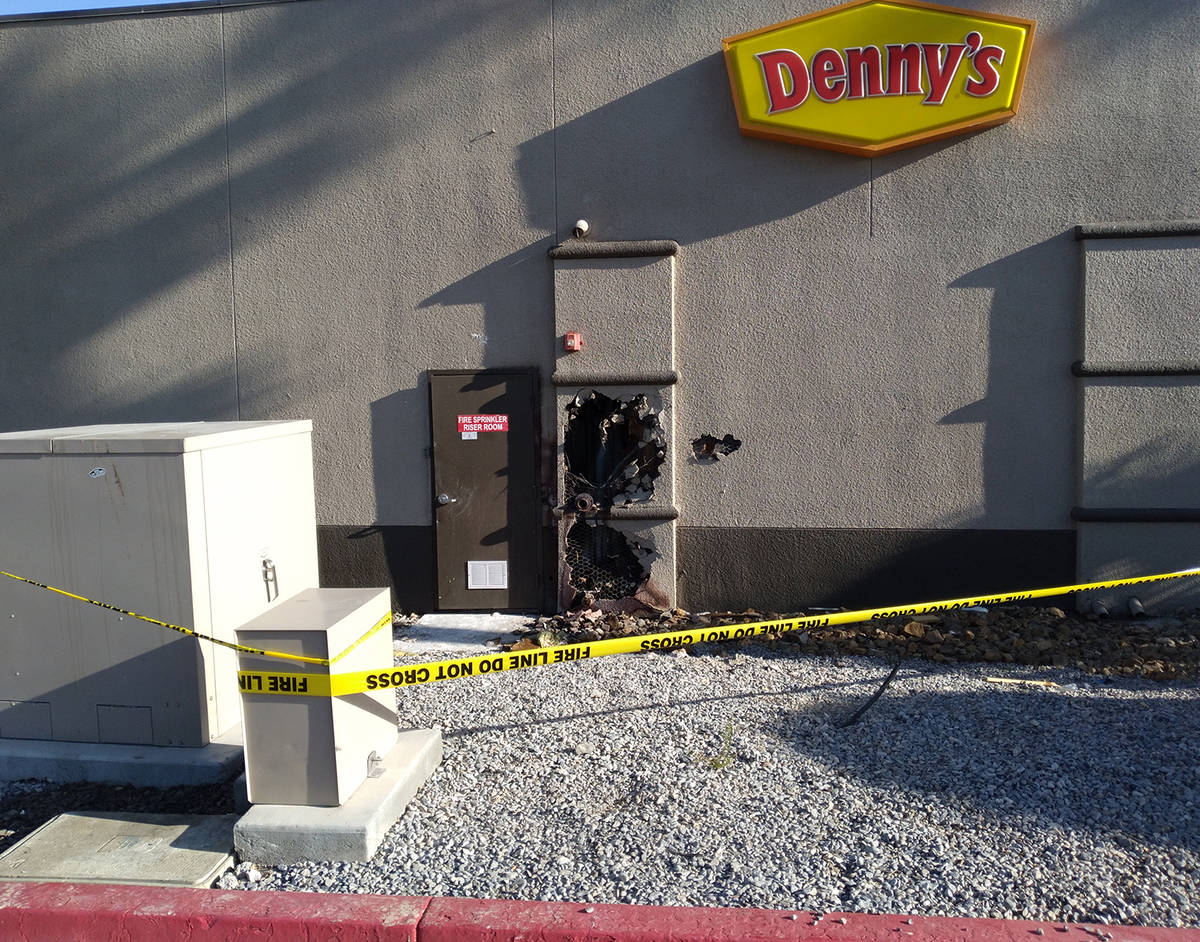 Selwyn Harris/Pahrump Valley Times Pahrump Valley Fire and Rescue Services Chief Scott Lewis, along with the state fire marshal, have opened an investigation to determine the exact cause of the fire. The business' fire sprinkler system activation caused the collapse of the ceiling inside the wome n's restroom, according to the general manager.

Pahrump Valley Fire and Rescue Services crews, along with Nye County Sheriff’s Office deputies, responded to the 240 S. Highway 160 scene at approximately 2:30 a.m., according to the sheriff’s office.

No injuries were reported, according to Denny’s General Manager Robbie Brockman, who said the restaurant closed late Monday evening at 11 p.m.

“With COVID-19 and everything, we shortened our overnight hours of operation just to make sure we are staying open and also that we are not spending too much money,” he said. “I really don’t know too much about the extent of the damage the fire caused. They really haven’t let any of us inside until the fire marshal gets done, but I do know that because the sprinkler system was activated, the ceiling in the women’s restroom collapsed.”

Regarding the fate of his employees, Brockman noted that efforts are being made to keep them employed, even if it means temporarily working out of Las Vegas.

“There are roughly about 30 to 40 employees that are out of work because of the fire,” he lamented. “Obviously they are concerned about their livelihoods, and we are also concerned, but we do have enough restaurants that we will be able to basically farm out our employees to other restaurants in order to keep them employed, if they want to take the drive. If they do want to take the drive, we are going to try to set something up so that we have transportation available both to and from Las Vegas.”

On the issue of a reopening time frame, Brockman said it remains unclear at present.

“As far as our customers are concerned at this point, I really don’t have a reopening date until I speak with the state fire marshal,” he said. “As soon as he gives us the OK, we are going to have it up and running again as quickly as we can.”

Look for additional information on the exact cause of the fire in an upcoming edition of the Pahrump Valley Times.