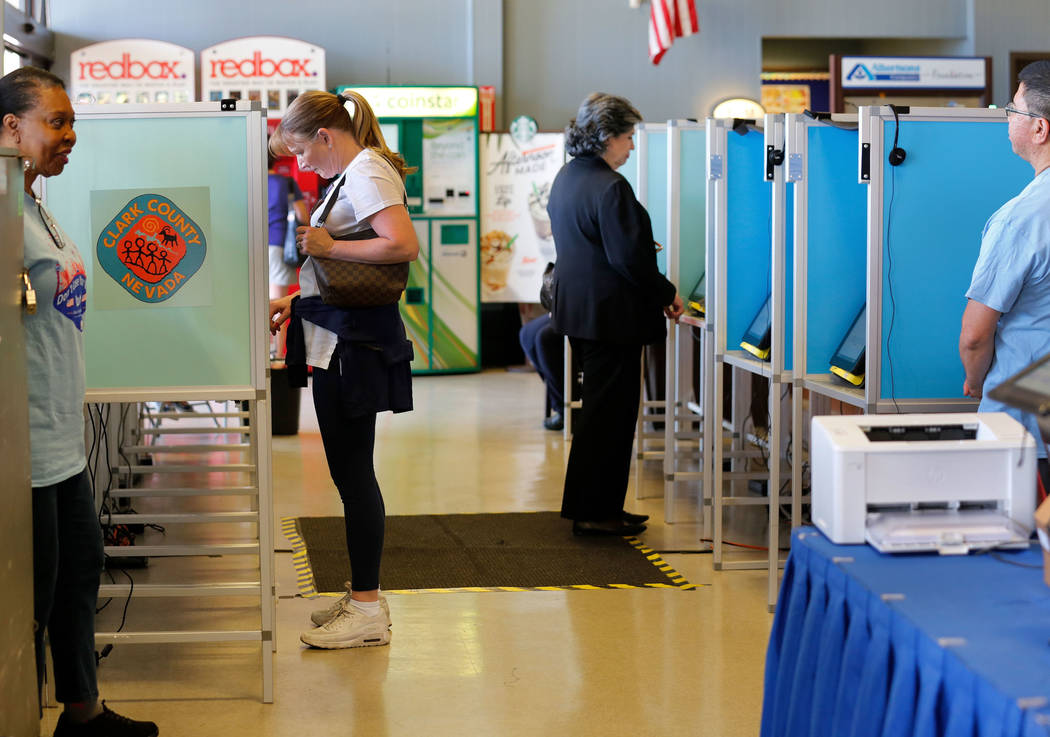 Chitose Suzuki/Las Vegas Review-Journal People cast their vote on the first day of early voting for Nevada's primary election at Albertsons at 10250 W. Charleston Blvd. in Las Vegas, Saturday, May 26, 2018.

Early voting is underway in Nevada for the upcoming primary election.

In Tonopah, the early voting schedule is:

Early voting started May 26 in Nevada.

For more detailed information, go to the Nevada secretary of state’s website at nvsos.gov/sos/elections or call 775-684-5705.

The primary election is June 12.

For some offices, those in which only Republican or only Democratic candidates filed, the primary will be the deciding factor. The winners of those contests will have their names placed on the general election ballot as a matter of form but they will essentially be elected as of the primary.

The top two vote-getters in nonpartisan primary races will go on to the general election, unless one of the candidates receives a majority of the votes in the primary. In that case, they will be considered elected to office and will not have to appear on the general election ballot.

Nye County has several major seats to be decided this year.Nye County voters will play a role in selecting who will sit as the Congressional District 4 representative at the federal level as well. Check the May 25 Pahrump Valley Times for a primary election special section.