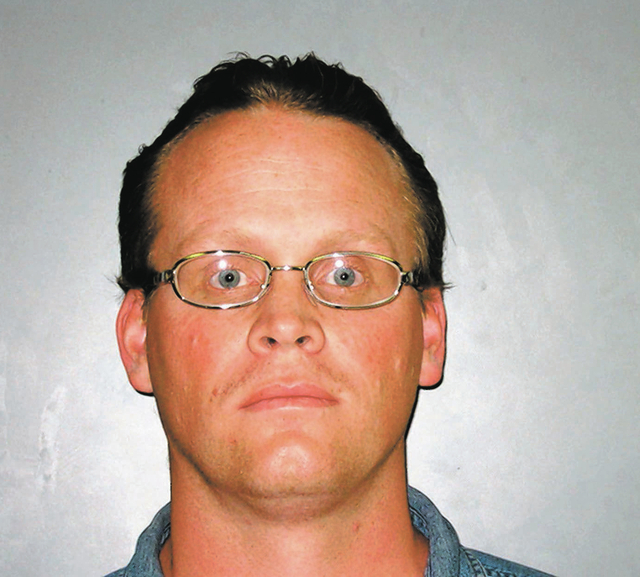 A former Nye County Sheriff’s deputy who was arrested last year for absconding from parole and fabricating a story about being abducted after he was found wandering naked in the desert area of Wheeler Pass Road was sentenced to six months in jail followed by probation last week.

King was first taken into custody on May 31, 2012, after several members of a local church found him walking naked on Wheeler Pass Road near a homeless encampment. He reportedly told the group that he didn’t remember anything from the time he had stopped at a local gas station the night before until that morning when he awoke to find himself naked and chained to a tree somewhere to the east of where he was found.

According to police reports, King was taken to the local hospital for evaluation where medical staff said he was suffering side effects from exposure to the elements and sunburn, but neither of those could explain his sudden amnesia.

As the investigation into the matter continued, King, already a Tier I sex offender, was interviewed by his parole officer, at which time he allegedly admitted to making the whole story up.

He was subsequently taken into custody and his parole later revoked over the matter. He was sent back to prison before being paroled again earlier this year.

King was on parole at the time of the offense after serving 10 years in prison following a jury trial in 2002 where he was found guilty of sexually assaulting his then 16-year-old babysitter.

He had reportedly resigned from the sheriff’s office the year prior to his conviction following an internal affairs investigation not related to the rape case for which he was sent to prison.

At sentencing last week, King’s attorney told the court that although the state had initially suggested this episode may have been sexually motivated, two separate psychologists who interviewed King about the incident said it was not.

He also noted that since the time of the incident King has been employed full-time as a designer with a firm with his wife and that he had followed the law and all conditions of his parole.

Although King’s defense attorney asked the judge to give his client credit for time served after his parole was revoked, Judge Kimberly Wanker said that wasn’t an option.

Reading from the state statute, the judge said: “A defendant that is convicted of a subsequent offense committed while the defendant was B. imprisoned in a county jail or state prison, or on probation or parole from a Nevada conviction is not eligible for any credit on the subsequent offense for the time the defendant spent in confinement, which is within the period of the prior sentence regardless of whether any probation or parole has been revoked. And that is why he is not eligible for the six months of credit for time served. So my hands are tied, the law is very specific.”

When given the chance to address the court on his own behalf, King said he was trying to become a productive member of society and would leave the sentencing to the discretion of the judge.

“At this point it’s just up to your mercy and judgment as to what further is needed. I can and want to be productive and create my place in society to help as much as I can so I don’t know what more I can further do to become what I’m trying to become,” King said. “If time served isn’t what we had expected, I know it’s up to your discretion and I just beg for your mercy.”

Wanker ultimately sentenced King to probation with the condition that he first spend 180 days in jail.

“Mr. King, I think a lot of things happened. Within a month of you getting out gosh you got married and according to the reports I read… I actually had thought that you’re doing well now but the court really needed to monitor what was going on. Almost as soon as you got out you got yourself back into trouble. So my thought in this case is to sentence you to one year in the Nye County Detention Center, I would suspend the one year sentence, place you on a term of probation for three years and following the terms of the plea agreement put you in the Nye County jail for 180 days,” Wanker said.